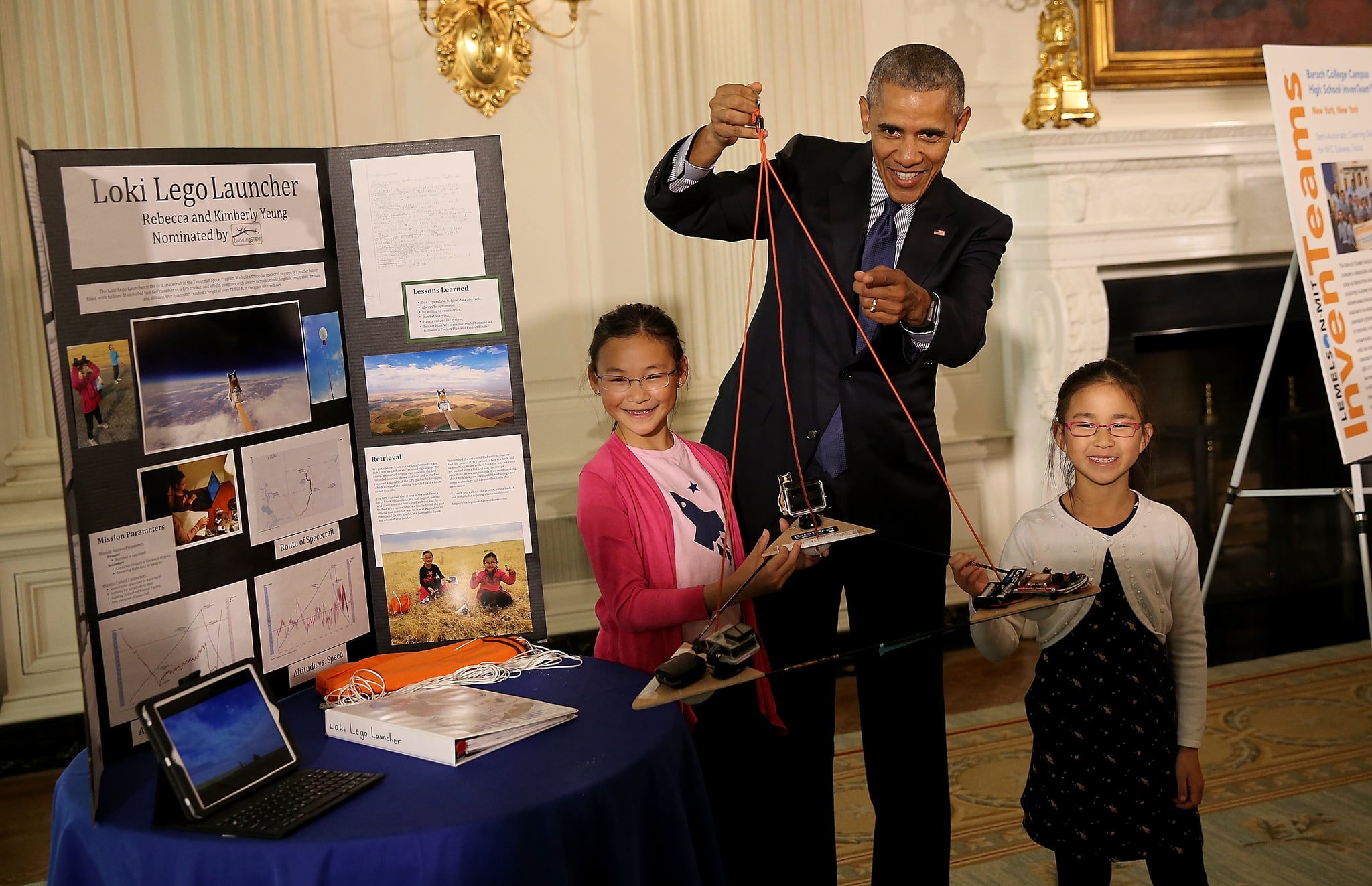 Let's stop fooling ourselves when it comes to school science fairs. What started out as an educational opportunity for children to show off their interest in science — and foster interest in science on the whole — has turned into nothing more than a living, breathing Pinterest board full of impossibly beautiful projects that kids had little to nothing to do with preparing.

There, I said it. And as a mother who has "helped" her kids produce seven of these glitter- and paint-filled glorified arts and crafts projects, I'm over it.

I remember the science fairs of my youth. They were mandatory and counted toward your science grade for the year, so we put our blood, sweat, and tears into our projects. We would come home from school with our trifold boards in hand and begin thinking up experiments that "no one had done before." There was no internet to search for pretty projects. No Google autofill that pulled up age-appropriate projects depending on your grade. Just a handful of suggested projects from your teacher and a hardware store full of potential supplies.

My mother swears the projects were never completed until midnight the night before the fair — and that she and my father always helped with the finishing touches — but I remember pouring myself into my project and walking away having truly learned something science-related, ready to impart my knowledge on those who stopped by my station.

This week, my sons' school is hosting its annual science fair, and things look quite a bit different than I remember. First of all, it's voluntary. So while some kids elect to do a project and gain further knowledge about an area that interests them, some kids are pushed into it by their parents (make that most kids). And while teachers encourage kids to find a "fun, doable" project, just a glance around the room proves that they should have clarified that the projects should be "fun and doable by a child," because the school gym is filled with projects that tested and proved theories that were way beyond a kindergarten, first, or second grade child's ability.

What the science fair has become is an opportunity for parents to show off their science and "art of re-creating what they find on Pinterest" skills. I know, because I did it for far too many years. After leaving it to my oldest son to do his own project the first year, and then walking into the room to see a sea of semi-professionally designed versions, I was determined not to make that mistake again. So the next year we went down the Pinterest tunnel of science fair projects.

What ensued were a number of too-pretty-to-be-true projects that my kids really couldn't explain other than their rehearsed dialogue when their teachers came around. They only led to consecutive nights of screaming and yelling about when the project would be done and how "I'm not doing this all by myself" (my words, not my child's). Sure, the boards were written in kid handwriting, but any adult who gave them more than a glance could tell that they were the product of parent intervention.

So this year we stopped. My kids' projects may not look as beautiful as the ones that fill my Facebook or Pinterest streams. My children are not going to the White House to present their projects (see above). They may not be complicated, but they're their own. Their projects are the ones they've researched and designed themselves. I may give them some direction and stop them from making something that might explode in their faces, but what they're presenting is their own work, and I'm proud of them for it. Thankfully, our school doesn't give out prizes at the science fair, because if it did, my kids would certainly lose to the kids whose parents oversaw their entire projects. But at least we're all happy at the end of the day — and not like this mom, whose photo of what parents really think about science fairs went viral for all the right reasons.