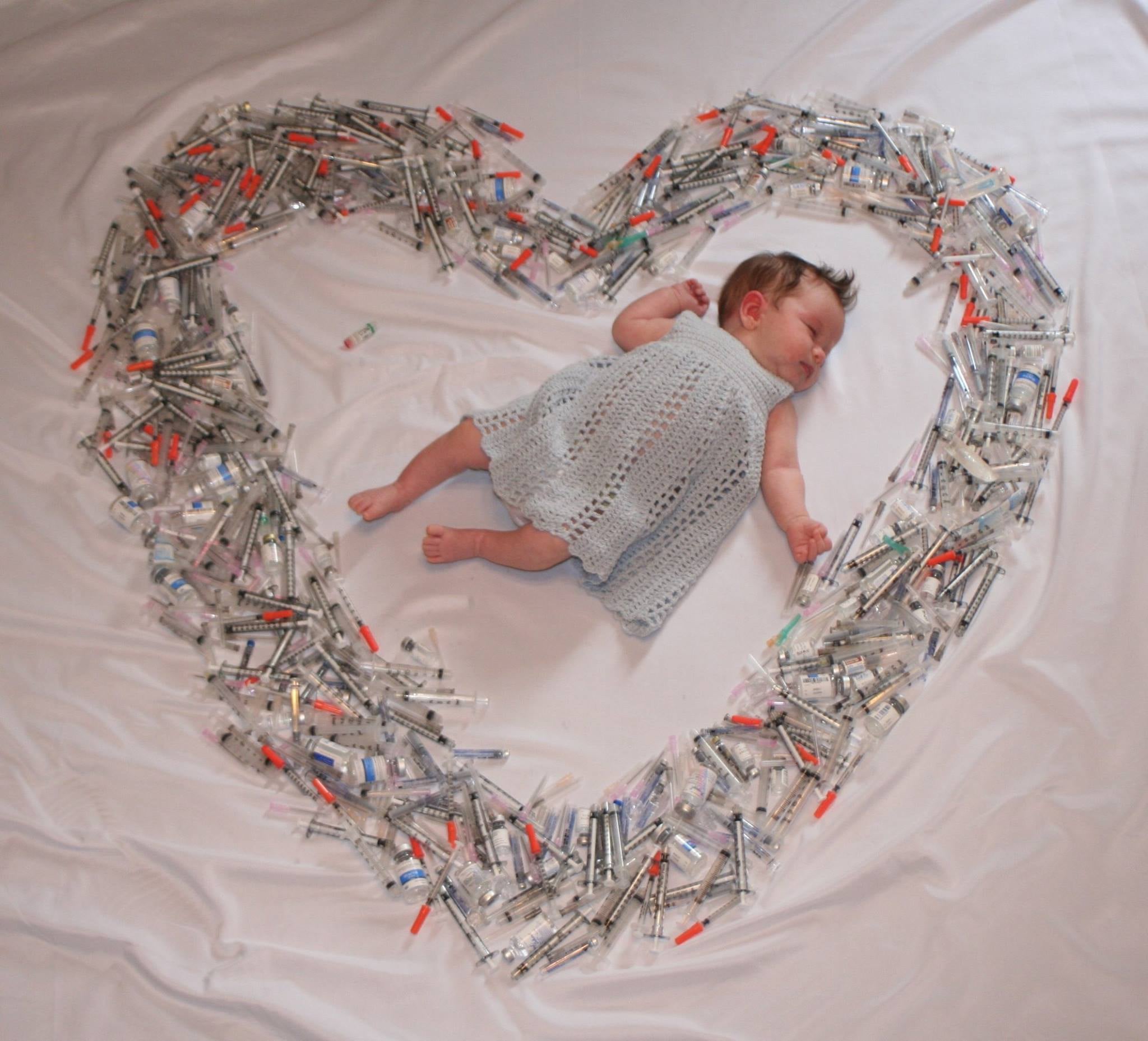 For those who've gone through the painful process of in vitro fertilization, it's often hard to put the full scope of the struggle to create life into words. But now they don't have to — one single photo says it all.

The image, shared on the Facebook page of Sher Institutes, shows a baby girl surrounded by a heart made up of hundreds of syringes and vials that the mother used during the blood draws and injections necessary to conceive through IVF.

"[It] shows the true definition of love that went into making this gorgeous new baby girl," the caption read.

Fertility doctor Molina Dayal told ABC News that those weren't even all the supplies the mother, who had already been through multiple IVF cycles over the course of nearly two years, used while undergoing treatment at the Sher Institute in St. Louis.

Still, the mother, Angela, admits the needles "were the easy part," saying that "it was the emotional struggle, the ups and downs, that really took a toll."

Proving that a picture is worth far more than a thousand words, this one has been shared nearly 3,000 times since it was posted on Monday and has inspired women to speak out about their infertility — namely how all those syringes were well worth it.