Mom and blogger Jenny Evans discusses the difficult decision of knowing when is the right time to announce a pregnancy after one has suffered from a miscarriage in this post originally featured on The Huffington Post. 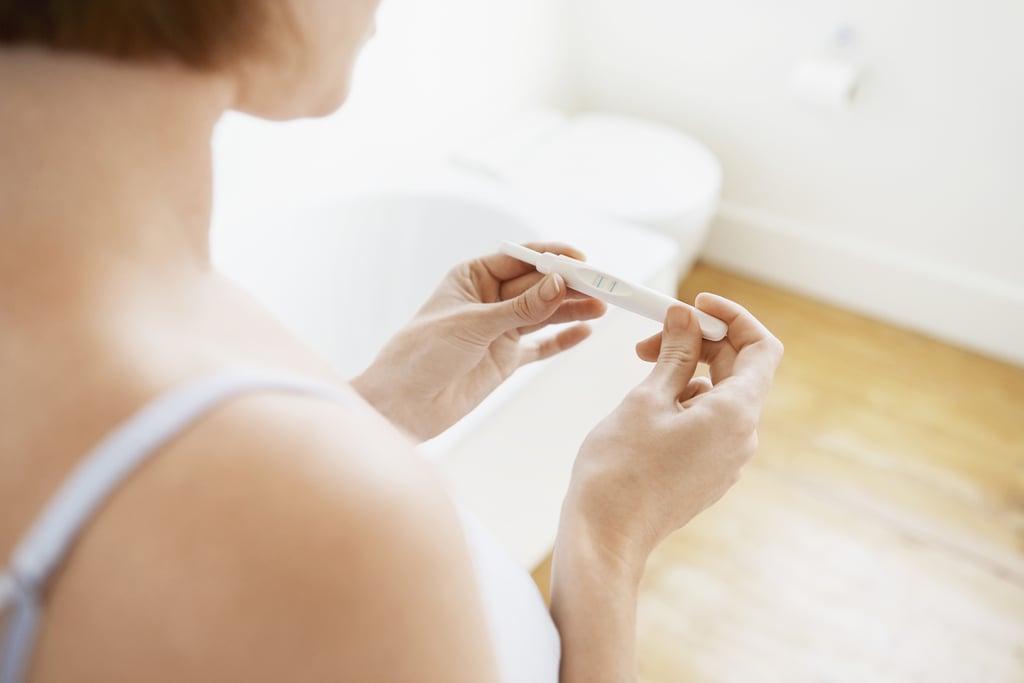 This is new for me.

I've been through this pregnancy thing many times before, but in the past, my husband and I have always waited to announce it until much later.

After all (the standard wisdom goes), the risk of miscarriage is highest during the first 12 weeks, and you wouldn't want to announce a pregnancy and then lose it, would you?

I don't even know where I first heard the advice to keep quiet until the second trimester "just in case;" all I know is that I'd always taken it.

And then "just in case" happened, three times.

Because we'd so zealously guarded the secret that we were pregnant, when we had those early miscarriages between 6 and 10 weeks, no one knew. Just Phillip and me. Not even our own children knew.

Why I'd ever believed that keeping to the 12-week rule would safeguard me, I really don't know.

I still endured the grueling physical process of miscarriage and struggled with the messy emotions of grief, sadness, frustration and anger. I just did it alone.

In the days and weeks afterward, friends at church smiled and chatted with me in the hallways like they always did. Why wouldn't they? The other parents at my kids' schools were cordial as ever. Life went on, just like always.

Not a single soul so much as acknowledged that we'd just lost a baby, because no one knew there'd been a baby to lose.

I wish I'd told someone — at least my family and close friends — as soon as I spotted two pink lines on my pregnancy test. I wished a friend could've asked me in those dark days after a loss, "How's the pregnancy going?" so that I could share what had happened with someone.

Instead, I swallowed my feelings when I knew I was going to be interacting with someone that day, so I could keep acting normal.

For the most part, I'd kept my pregnancy a secret; I felt so awkward about opening up after the fact that I kept my miscarriages a secret, too.

Waiting to announce our pregnancy hadn't made things better when "just in case" happened. It had actually made them worse.

It took me years to come to terms with my miscarriages, and I think the silence was part of the problem.

It was only after I "came clean" with my children who were old enough to understand, and commiserated with another woman for the first time when a friend miscarried, that I began to feel like I was finally processing my emotions instead of just shoving them down to wherever you shove feelings you're avoiding.

Following the 12-week rule had been, for me at least, damaging. In fact, I'm not sure it's doing anyone any favors.

If it weren't so typical to keep quiet about a pregnancy until after the risk of losing it has passed, maybe my first miscarriage in particular wouldn't have been such an exquisitely painful introduction to how statistically common pregnancy loss is.

At the time, I literally knew no one who'd had a miscarriage — none that they'd ever talked about, anyway.

I'm encouraged by the openness I've been seeing on the Internet about pregnancy loss lately. I hope the stigma is disappearing. It's OK that some women prefer to keep their miscarriages private — but it's a problem when they feel like they have to.

I hope that going forward, more women who lose a pregnancy in the first trimester know they're not alone.

I hope that they already know friends and family members who've been there before, so they don't have to be the first ones to speak up in order to get some support.

So I'm sharing the news of our pregnancy early, not in spite of the risk of miscarriage before 12 weeks, but because of it.

The only times the 12-week rule worked for us were when the pregnancies were healthy ones. For the sake of those pregnancies that weren't, I wish we would've told people sooner.

Jenny Evans is a writer, a perfectionist, a night owl, and a Mormon mom of five who makes jokes at her own expense and blogs about her messy life with a houseful of kids at Unremarkable Files.