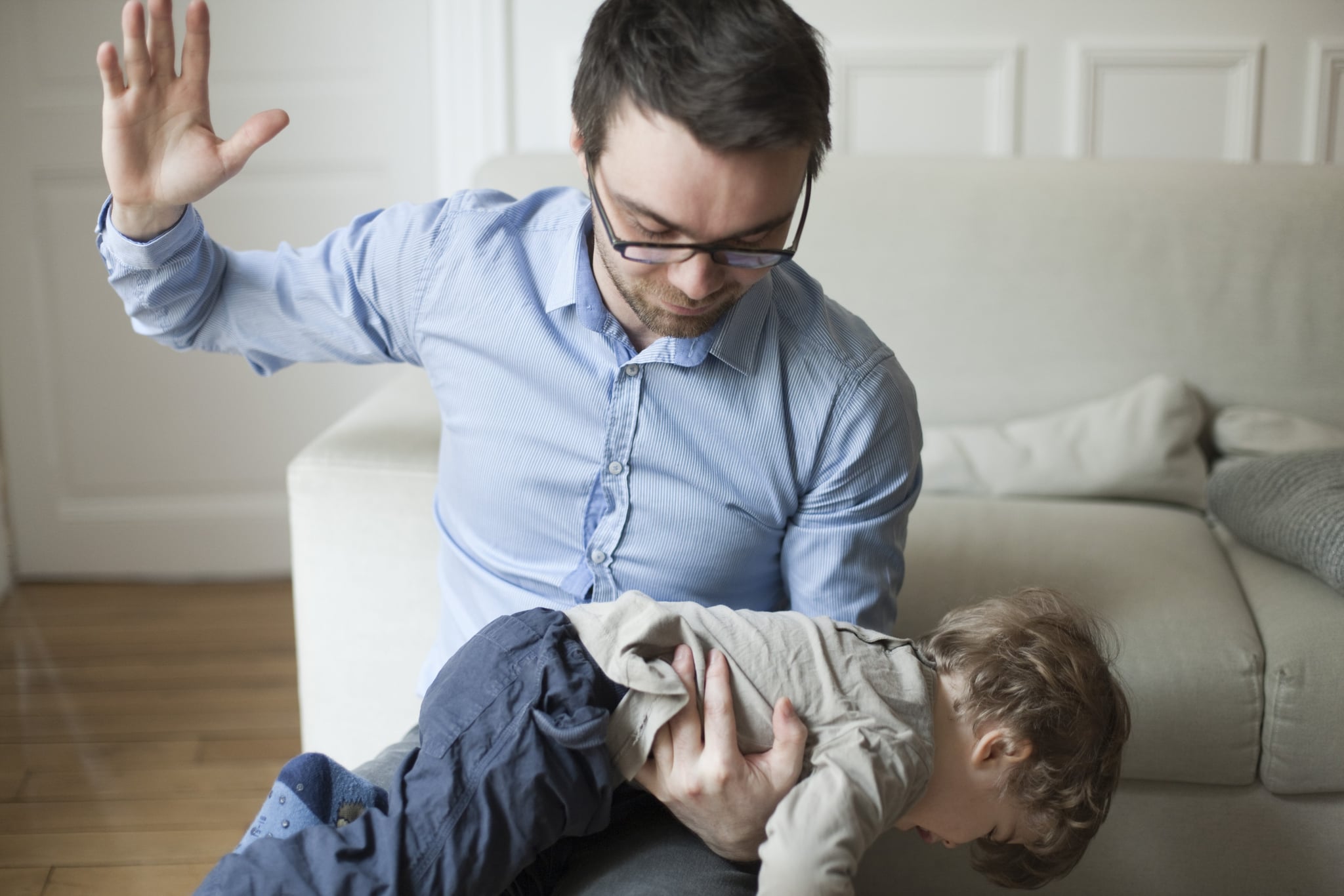 Do you think spanking helps kids or hurts them?

About a week ago, I was standing in line at one of the tween/teen clothing shops at the mall with my daughter. The mom behind me and her young son started squabbling as the little guy became increasingly worked up over the long line and started squirming and whining that he wanted to leave. His mom kept demanding, "Stop it." Suddenly, the palm of her hand exploded against his backside — not once, but in rapid-fire motion, eliciting a burst of tears that turned into all-out wails.

My daughter and I were horrified, as it appeared almost everyone in line appeared to be too. The sadness on the little boy's face and his humiliation were palpable, and as his tears kept flowing, she resumed meting out her punishment.

My daughter and I talked about our disturbing feelings the entire way home. I told her how when I was growing up, these kinds of corporal punishment were standard in many homes. Spanking was just how parents disciplined.

To her, the very idea of spanking a child is appalling. "The little kid just got worse; what good was she doing?!" my daughter exclaimed.

I agreed. Having been spanked as a kid, I could almost taste the humiliation and despair of the little boy in line at the mall. And I was grateful that I have turned to more healthy ways to discipline my children, or at least that I try.

It seems a growing body of evidence points to the fact that spanking does more harm than good. "It is associated with more aggressive and antisocial behaviors in children," says University of Texas at Austin professor Elizabeth Gershoff in a University release. "The more frequently or severely children are spanked or hit, the more likely they are to have symptoms of depression or anxiety, both at the time they're punished and later. There is evidence to suggest that it erodes the connection between children and their parents, making children less likely to trust their parents."

Many readers agree that spanking is a cruel form of punishment. "Spanking and abuse could almost go hand in hand, considering that a parent who uses spanking as a form of discipline will more than likely (not always) continue to use [it] and may eventually not be able to control themselves. That's when it turns into abuse," says Amanda P. "Personally I don't spank and never have. I can remember being spanked maybe three times as a child when I was younger, and I've never spanked any one of my children for misbehaving."

Spanking sends a strong negative message to kids, says Stephanie M. "I don't think it's a good idea to teach kids that we should hit when angry or frustrated," she says. "In my opinion spanking is exactly that. Communicating takes a little more work but it models important skills that the child will have their entire life."

Though I don't normally turn to Dr. Phil for my parenting advice, I must admit what he believes about spanking rings true for me, and I wish that the woman in the mall would flip on the TV to learn about the damage her actions may wreak.

"I believe spanking genuinely confuses children," Dr. Phil writes on his blog. "I believe they think to themselves something, like, 'OK, let me get this right. You are supposed to love me, nurture me, and protect me from harm, and now you are standing there, five times my size, and hitting me and inflicting physical pain? Hm . . . I don't get it."

Ditto, Phil. I don't either.

(For another perspective, see Why I Spanked.)

Family Life
Tom and Jerry Is a Family-Friendly Film, but It Does Have Some Adult References
by Camila Barbeito 2 days ago