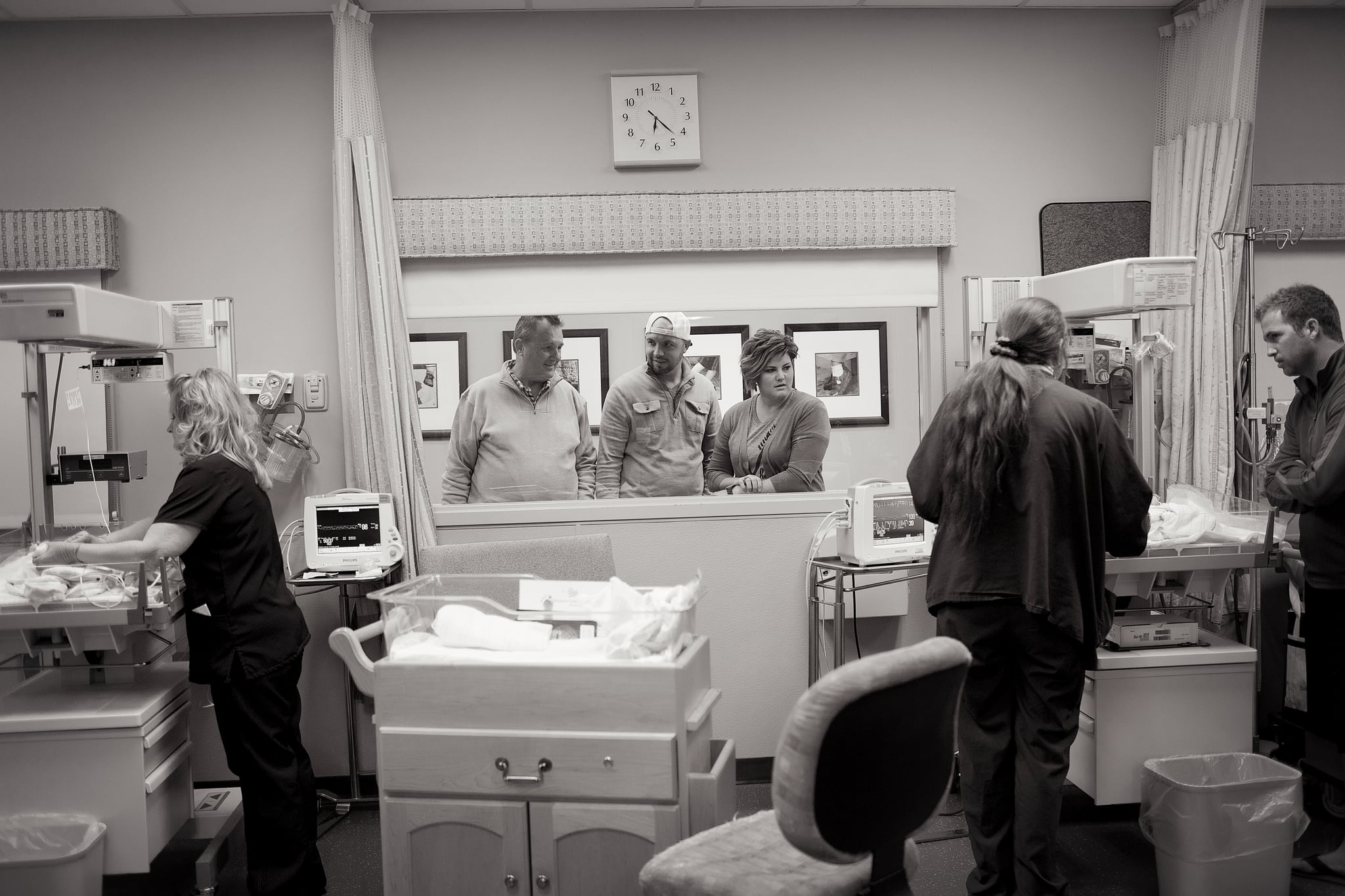 My oldest son was scheduled to be delivered at 9 a.m. the day after Valentine's Day. After turning breech in my 39th week, he couldn't be turned into a head-down birthing position, so my doctor scheduled a C-section for first thing the next morning. Nervous, I didn't sleep a wink the night before the procedure. I arrived at the hospital at 7:15 a.m. for some pre-op blood and paperwork before I was to be taken in for surgery. But 9 a.m. quickly became 10:30 a.m., which soon became 1 p.m. and then 3:15 p.m. It seems that the combination of a full moon and some Valentine's Day romance (or maybe it was the dark chocolate) led to a number of emergency C-sections, pushing my scheduled one back again and again. By the time my son entered the world around 4:30 p.m., I had been up for 33 hours and even the adrenaline rush of becoming a new mom was wearing thin.

After the two new sets of grandparents, a new uncle, and some close friends had left that evening, a nurse came to see if I wanted to send my baby to the nursery. I looked at her, unsure of what to do. At this point I was still catheterized. I hadn't taken a single step since I hopped up on the operating table seven hours earlier, no less reached for anything further than the cup of water that was an arm's length away. How would I reach my baby in his bassinet if he cried or needed a diaper change? Yet, I planned on nursing my son, how could I do that if he was in the nursery? She quickly explained that they would bring him to me when he needed to be fed and would hold and rock him when he cried and that I would get some much-needed shut-eye in the in-between hours. I gratefully accepted her offer and promptly dozed off. Those few hours, when my husband went home for a catnap and I was able to drift off at the hospital, may have been the greatest gift we received. I took the nurses up on it each of the five nights I spent there, knowing it would all change once we went home.

So when I heard that more than 350 U.S. hospitals had done away with nurseries all together to encourage on-demand breastfeeding and stronger bonding between infant and mother (and that the number of hospitals doing so is expected to reach 530 by next year), I immediately called bullsh*t. I understand what they are trying to do and that statistics encourage skin-to-skin contact and breastfeeding in the immediate hours after a baby's birth, but what they aren't taking into account is a mother's right to choose what's best for her own sanity. That sometimes what she needs is an hour or two of uninterrupted sleep — and anyone who has spent the night in the same room as a newborn knows that there are a million sounds that come out of that child while they sleep (one of the biggest surprises I learned upon going home with my baby). Such sleep is not a luxury, but a necessity for many new moms and one that should be offered to them.

Those few hours, when my husband went home for a catnap and I was able to drift off at the hospital, may have been the greatest gift we received. I took the nurses up on it each of the five nights I spent there, knowing it would all change once we went home.

And let's call a spade a spade here. Eliminating nurseries is a cost-cutting measure for cash-strapped institutions. By having babies in the room with their moms, hospitals can reduce their nursing staff and convert the nurseries into more patient rooms, at the expense of new moms' health and sanity.

I've heard it argued that 100 years ago there were no baby nurseries and that babies slept beside their mothers at home or in the hospital immediately following birth. And I get that, I really do. But at that time there was also the proverbial village surrounding you and caring for you and your baby in the hours and days after you gave birth. Relatives and midwives who held your baby while you slept. That doesn't exist today. Or rather, today, that's the wonderful nurses who care for your baby in the nursery.

Three and a half years after my first hospital experience, my second son was born in the same hospital. This time, everything went as planned and he was delivered at 9:15 a.m. After an afternoon of visitors, my husband took my oldest son home and I called the nurse to take my baby to the nursery. This time, I knew how precious those sporadic hours of sleep were and I wasn't going waste a precious moment. I knew that once I went home, I'd be caring for two children and needed to bank any hours of sleep I could get.

It's a choice that all new mothers should have the opportunity to make for themselves. I have the utmost respect for moms who want their newborns with them 24/7, but it just wasn't something I wanted or needed at the time. I knew I'd have 18 more years of bonding with my child, those first few 24 (or even 120 hours) wouldn't define the rest of our lives.

While I don't plan on having any more children, I can tell you that the recent decision by hospitals to eliminate nurseries would have me doing some research before deciding where I deliver. No mother should be forced into a situation she isn't comfortable with just because hospitals deem it best.

Pregnancy
Shawn Johnson Is Expecting Her Second Child! See How She Surprised Her Husband With the News
by Murphy Moroney 2 days ago