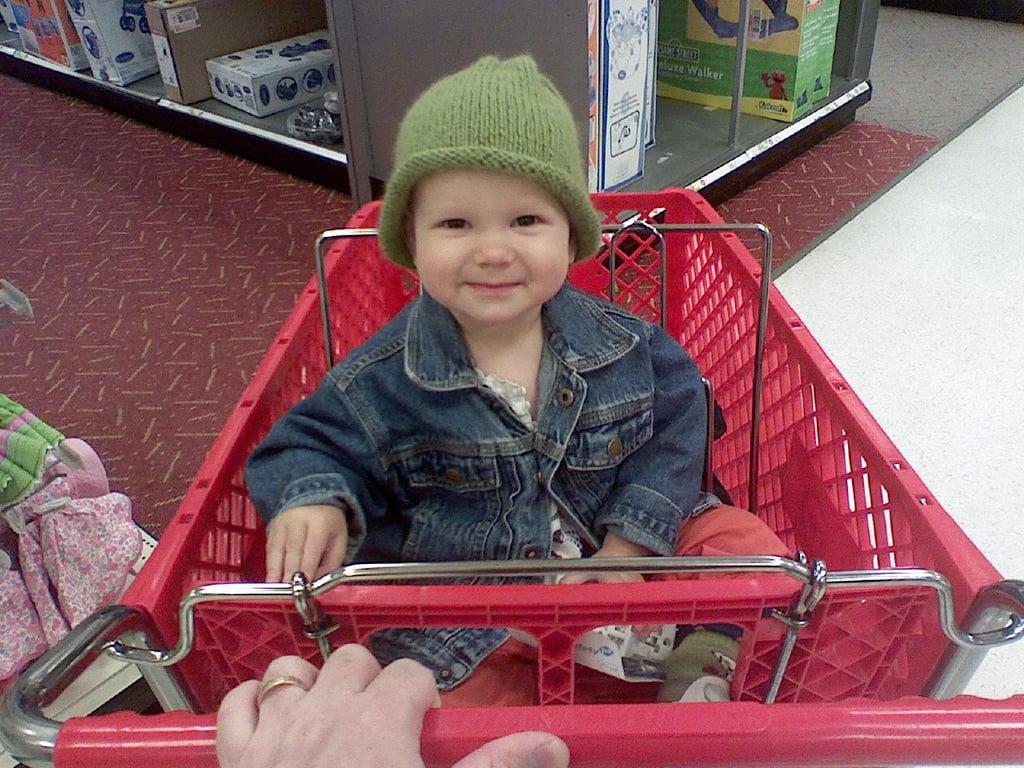 It had to be done. I had no other choice.

Let me explain why I had to hold my son up by one leg in the middle of Target . . .

Just yesterday I found myself at Target. I had somehow managed to find a shopping cart that didn't have a squeaky wheel. I was so proud of myself. And because it didn't squeal like an upset child the whole way down the aisle, I had high hopes for my little shopping trip.

Owen sat sweetly in the front of the cart as I began to look at all of the different cards and party supplies. As I passed red balloons and bright green and blue gift bags, I noticed the bright fluorescent lights and elevator-sounding music that was playing. Owen didn't seem to notice. He was too busy playing with his little black seat belt. I turned my attention back to the party supplies. And for a whole minute I peacefully enjoyed all the different party options.

Owen was being quiet. That should have been my first clue.

If you are a mother, then you know that when there is silence, a mother's attention is needed. But by the time my eyes found Owen, he was escaping from his seat like a little wiggle worm. In a split second, he was standing up in the front of the cart, backward, and trying to break free from his seat belt! When I started to grab him, I had to unbuckle him in order to help him not be stuck.

If Owen could talk, I know he would have yelled, "Freedom!" Because the moment I unfastened his seat belt, he jumped. He dove toward the back of the cart head first as he tried to make his escape.

I literally caught him by one leg.

It had to be done. I had no other choice. I had to grab my son by one leg and hold him up midair. There I was, holding my 9-month-old upside down in the middle of Target.

Half snickering to myself, the rhyme, "Catch a tiger by his toe . . . " came to mind. But before I burst into laughter, I started freaking out. What if someone saw me? I could just imagine someone speaking over the intercom, "Crazy mom on aisle three! Get her!"

Thankfully no one saw our little stunt.