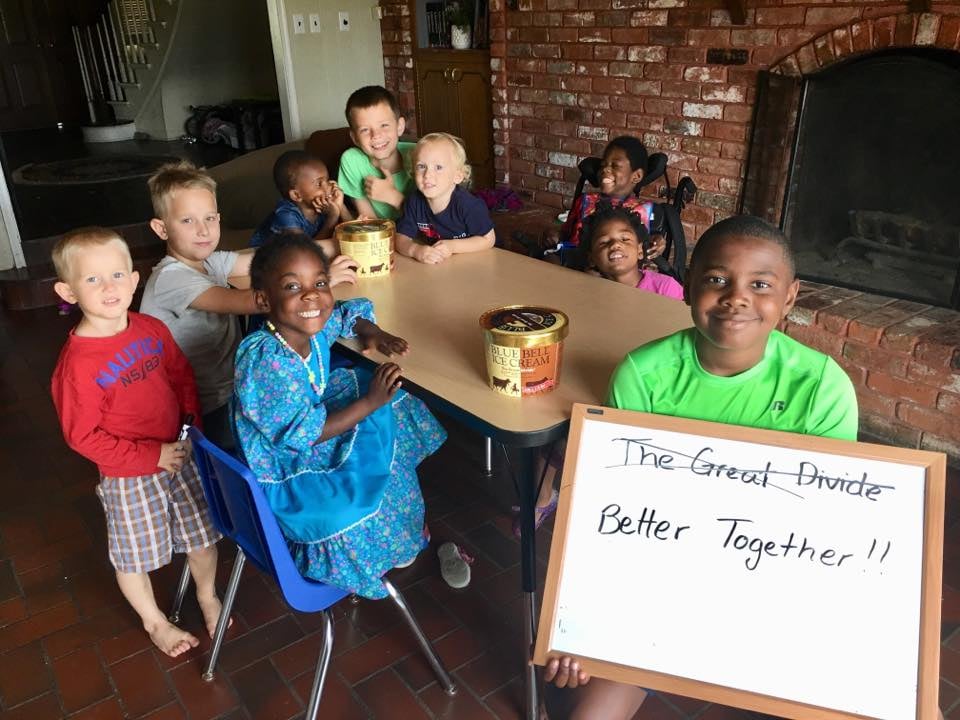 While having an ice cream party, Traci Schmidley's kids and their friends started talking about the ice cream they were indulging in, Blue Bell's "The Great Divide" chocolate and vanilla mix. Although they noted that they like that ice cream a lot because it's great for mixing with unique toppings, they really thought about its name and felt that they could come up with a better one.

"We began to talk about the name and we think some people might misunderstand the name and think the name The Great Divide is about people and the division that exists in our world because of different skin colors," reads an open letter from Traci's sons Isak and Kaleb, and their friend Jayden, posted to the mom's Facebook page. "Isak and Kaleb have lighter skin and Jayden has darker skin. But Isak and Kaleb also have a brother and sister adopted from foster care who have dark skin as well. We are all our own color and own flavor and there is no divide between us. We think we are all delicious in our own ways. So, we have a suggestion for a new name for your chocolate and vanilla ice cream flavor: BETTER TOGETHER!!"

In a post to Love What Matters, Traci shared more background on the boys' request, saying that this all originally stemmed from her 10-year-old history buff son, who joked that the chocolate-vanilla ice cream flavor should be called "The Civil War."

The line down the middle of the carton reminded him of the Mason Dixon Line, and the name reminded him of a time in history when our nation appeared to be irrevocably divided. He looked at our table and saw a mixture of both black and white people, not divided on one side or another like in the ice cream, but gathered around the table together.

We had a lot of great discussion about how despite the division at that time in our country's history, how our very table, located in the deep south, was reflective of how far we have come as a people. I challenged the kids to come up with a different name that could capture the intent of Blue Bell ice cream but would reflect the remarkable progress our country has made.

The three boys then went into a room themselves and emerged with the alternate name. As a mother and a teacher, Traci was taken with the boys' thoughtful process, and put their open letter on Facebook in the hopes that it would reach Blue Bell so that the boys could learn the "power of their voices," but she didn't think that she'd get the response they have: tons and tons of mixed-race families commenting on her original post with the hashtag #bettertogether.

"Thank you for taking the time to listen to our ideas," ends the boys' open letter. "We love your ice cream. We think having a big bucket of Better Together chocolate and vanilla on dinner tables across the country will make our families and communities stronger than ever!" 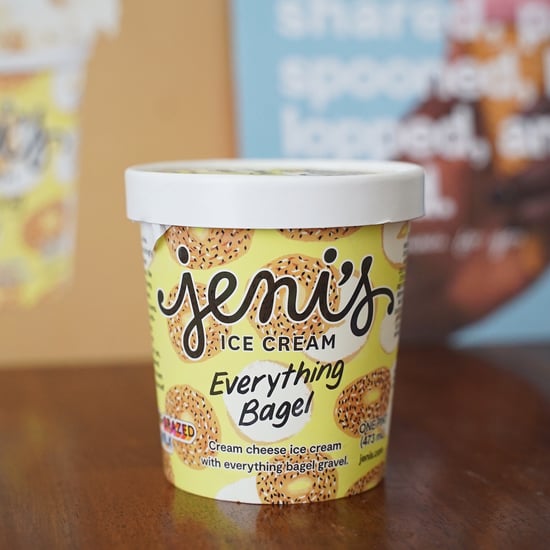 Food Reviews
Jeni's Everything Bagel Ice Cream Is Back, and It's Even Better Than I Imagined
by Kalea Martín 3/18