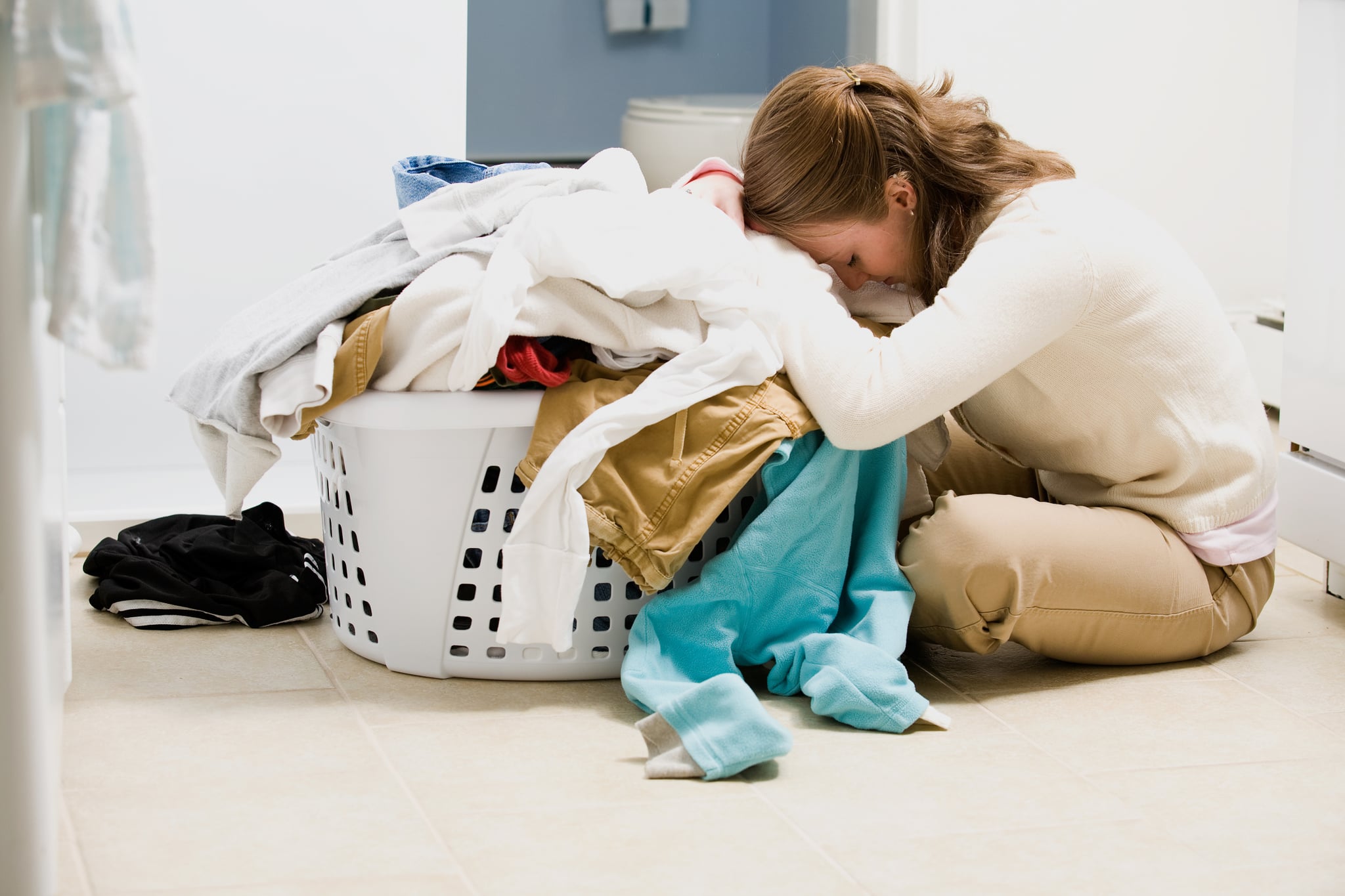 No one would call me a shy woman. In fact, I remember a particular girl who would go up to strangers and ask them to buy her McDonald's as a teenager, and each time, they agreed. I don't know what's worse: what I did or what I ate (extralarge fries and two hamburgers at a time).

I can proudly say I've beaten that McDonald's habit for 18 years now and no longer ask strangers to buy me meals unless they're really, really sexy — the strangers, that is. But despite being an outgoing lady who prides herself on being able to hold her own and stand on her own two feet, I can admit to having a serious Achilles' heel — one that many of my fellow sisters can relate to, whether they want to admit it or not.

I often have a hard time saying one tiny teensy-weensy word that toddlers and preschoolers command rather well: no.

Saying no is more difficult than solving a Rubik's Cube, folding a fitted sheet, or finding Waldo sometimes. The feelings that flood me when I say no are as follows: Guilt. Horror. More Guilt. Shame. Guilt. Repeat.

"I feel bad," I would say, and my ex-husband would interject, "Stop feeling bad."

Thankfully in the end, no matter how bad I feel, I end up saying no — most of the time, but I wish it didn't take such hard work for me to say no and that I didn't have to endure the guilt of 2,000 Jewish mothers before saying it.

If you struggle to say no to people and end up feeling like the world is taking a nice long stroll all over your pretty face, you may indeed be a doormat, darling.

Here are five signs that will let you know if you've become the welcome sign for every person on the planet to rub his or her feet. After that, we'll discuss some strategies from getting yourself to start saying no sans guilt, even with a bit of sass in your voice because girl, you need it!

Do you constantly find your kids' friends over at your house? Is there one mom who likes to conveniently drop her kid off in your care, only to return when she feels like it? Do you often calculate the hourly rate and wages you might earn from "watching" someone else's child? If you answer a resounding "Yes, Ma'am," then you, my friend, are in deep, dangerous doormat territory.

Are you constantly picking up the slack when it comes to the daily carpool, snack time at school, or other group activity functions?

You're Mrs. Fix-it, and when the snack bins are low and the other moms don't feel like schlepping the kids around in their SUVs, you run to the rescue each and every time.

If you are already reaching for your car keys or searching in your cabinets for some Goldfish crackers, I bestow on you the title of "Doormat, PhD."

Do you find yourself stuck at every school function, moms' group outing, neighborhood gathering, playdate, or kids' party listening to the one mom who has more drama than The Jerry Springer Show? Are conversations dominated by other moms' issues constantly while silently you are struggling with your own junk — like spousal fights, health issues, or skyrocketing bills — yet don't get to fit a word in edgewise? Are you having people over for coffee so they can dump their dirty laundry all over you while all you wish you could do is have some actual fun instead of watching the obsessive "Pity Party of One?" Do you wish you had finished that psych degree so you could start charging and get extra income for this duty? If you turned over your sign to say, "The doctor is IN," you are officially being skipped all over, Mama.

When you sit down at your desk or stand behind a counter or at a whiteboard, do your colleagues come running to give you their work? Sure, they'll phrase it as it's an honor or tell you they're "really overwhelmed with work" or suggest that this work is actually part of your "job duties" for the 50th time, when truthfully, your co-workers could do it themselves . . . but they don't want to. You're a top-notch worker, but you're also a bona fide dumping ground with a sign on your back that says, "She'll do it."

How many times have you come home to find stuff waiting for you? Perhaps the laundry is still not folded or the dinner not made. This doesn't just happen once. It happens time after time after time . . . after time.

You are the slack-picker-upper. The one your partner relies on to do the stuff he or she is too busy avoiding. You're not special or particularly talented at folding onesies, cloth diapers, or jeans. You just don't know how to say no, period, end of sentence. And sometimes, it's your family who's figured out you're the sucker. Holidays, parties, gifts, and events — you name it, because you, my sweet, probably did name it because you are in charge each and every time.

If you answered yes to many of these questions, here is the good news: you're a hardworking, dedicated, caring, and diligent person — most likely.

You want to help others, but the problem is you do it at the sake of your own sanity and sometimes at the sake of your own relationships with others. Often doormats will explode after being the go-to gal for so long, and this can sever or drastically affect the relationships you have. That kind of stress of being dumped on constantly is not good for your health physically or mentally. Worse still, doormats are so busy helping others that they often put their life needs, dreams, and to-do lists on hold. Plus, there's nothing like that really crappy feeling deep inside when you know you've become somebody's b*tch, whether it's a friend, family, or neighbor. Letting people take advantage of your good nature is bound to make you start feeling like utter crap about yourself. So what do you do now? As a woman fighting the good fight to "just say no," here are some suggestions:

Ask yourself why you feel so guilty telling people no, or perhaps it's that you do so much because you refuse to give up control. Acknowledging why you're engaging in doormat behavior will also allow you to identify what need this behavior fulfills in you. Maybe you want to be wanted and feel deep down as if you're not. Doing things for others might make you feel special. You might enjoy controlling things because you had a childhood full of chaos and strife or because you have anxiety. Doing things for others or taking over allows you to minimize this anxiety in many ways. Figuring out why you're letting people push you around or dump all over you is the first step to setting yourself free from the guilt, and doing so will allow you to focus on yourself and your family, the most important ones in all of this.