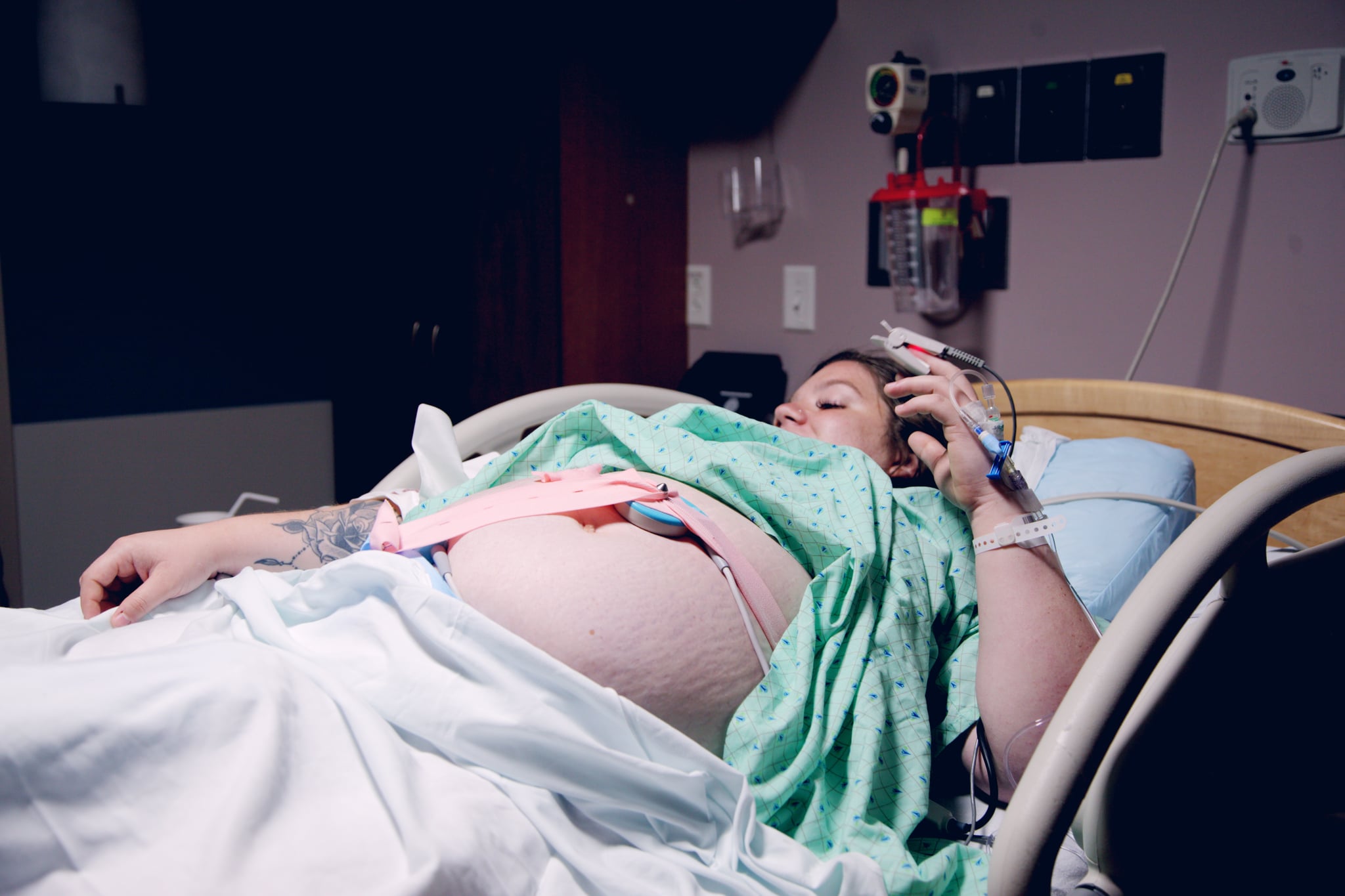 I never realized how sacred the childbirth story was for moms until I had a story of my own. In the days after coming home from the hospital, I was so deeply affected by mine — not to mention, trying to level out from the hormonal zaps and panic attacks my body was processing — that in order to understand the pieces of the birth story, I had to do it outside of the house, in the day time, at a park.

I vividly remember sitting down with my mom on a bench a few days after we came home from the hospital — for the initial few days I had a hard time being around people in general — and unpacking the experiences with her. Namely, the nurses. Prior to delivering, moms told me that if you went to the hospital with treats for the nurses, they'd treat you especially well, so I went in with an assortment of Kiehl's lotions and chocolates. But I can't say it did much.

There was the first nurse during intake who was clumsy with me and not equipped to handle my panic attacks. I did not expect a labor and delivery nurse to also be a psychiatrist, but her dismissing my panic by telling me "you'll be fine" was infuriating because that's not how panic works. There was the second nurse who looked bored during my active pushing. Granted, I ended up pushing for a long time, but she looked unenthused to be there. Then there was that moment two hours into pushing where I asked her to call my doctor because I was in tears and had no energy left, and instead, she left the room to find my OB-GYN and I vomited all over myself. There was the third nurse who rushed in when my husband pushed the call button because I was in active labor and covered in vomit, who spoke poorly of the second nurse who'd just left. "What is she doing leaving you in labor?" Then there was the overnight nurse who, after I finally delivered my daughter via vacuum extraction, twisted at my nipples to get my daughter to latch, nagging me with a "come on, mommy" every time she pressed my daughter into my breast. She squeezed my nipples to no end, with that nasal-y cheer: "Come on, mommy." She sounded like a pissed-off coach who had nothing left in her bag of motivating tricks but her voice. And then there was the sh*t-talking nurse from earlier who came back in to replace my ice packs, looked at my vagina, and made an alarming gasp sound and said, "Ayeeee." And then in the morning, there were two different nurses who came in, saw that the IV was still in my arm, questioned while it was still there, said they'd be back to take it out, and never did. There were more experiences like that with more nurses, and while nothing dangerous ever happened during my stay, I've never ever come close to saying I enjoyed my birth experience. My general feeling about how the nurses treated me was that my emotional needs weren't met. And maybe that's not what they do. Maybe if I wanted hand-holding I should've hired a doula. Or a therapist.

But this indifference about my birth story is why the second I saw this article on Huffington Post about a new study in which many women claim they were yelled at during birth, my reaction was to click and devour. According to a survey recently published in the journal Reproductive Health, 17 percent of the 2,000+ women surveyed said they'd been yelled at, ignored, or denied some kind of help, or they'd experienced a mix of those things while in the maternity ward. Of course, no one ever yelled at me, but I definitely felt ignored, especially the following day during my recovery. I had so much blood on the floor of my bathroom that they just stopped coming in to clean it up, so I used wee-wee pads and layered them on top of the blood drops so that I didn't have to walk in it.

Huffington Post did a nice job of pointing out how subjective the Reproductive Health study is, and just how many contributing factors need to be considered: race, socio-economic class, location, religion, on and on — all of these things play a part in the complete birth experience and one's access to medical care in general. My takeaway from this study certainly isn't that nurses are mean, or that women shouldn't deliver at hospitals, because for me, I still believe the hospital was the best choice for what I wanted. And I would still say I was completely taken care of from a medical standpoint. The importance of this study, however, lies in the fact that the physical pain of delivery is also only part of the piece of the birth story. It doesn't end when the baby is placed on our chests for skin-to-skin. Our birth story includes the after care. The way the nurses treat us, care for us, and, in the case of my naive, wishful thinking, perhaps even coddle us a little bit.

Related:
My Home Birth Experience Was Nowhere Near as Peaceful as I Dreamed It Would Be
Image Source: Unsplash
Personal EssayChildbirth