Once you stop your BCPS, it's time to do the BD with DH and hope for a BFP. But, ugh, the TWW sucks; am I right? Get a BFN 14DPO? Sounds like another month of tracking that CM.

If the above paragraph makes any sense to you, chances are you've entered the wonderful world of TTC, or "trying to conceive." Many women want to keep the decision to start or expand a family private. So instead they turn to strangers on internet message boards for advice and insight, which are often filled with a special brand of acronyms. Obsessive googling of symptoms during each cycle can land you on comment threads that make you feel like you ended up in an AOL chat room circa 1997. But instead of POS ("parent over shoulder") or TTFN ("ta-ta for now"), you may be talking IUI and IVF.

Related:
16 Things You Would Only Ever Cry About If You're Pregnant

Whether you get pregnant right away or struggle with infertility, these sometimes neurotic yet no-such-thing-as-TMI communities can help you feel less isolated . . . assuming you can figure out the lingo. Perhaps we revert to abbreviations when trying to get pregnant because we're not used to speaking freely about our bodily functions, like EWCM. Not sure what that is? See our key below to decode the acronyms that only make sense after you've started trying to have a baby. No matter what message board you lurk on, this is the universal language.

Rebel Wilson
Rebel Wilson Opens Up About Her Fertility Journey: "The Universe Works in Mysterious Ways"
by Chanel Vargas 3 days ago 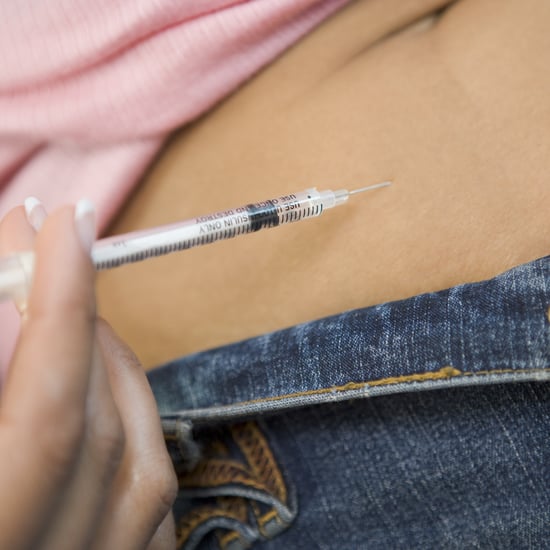 Pregnancy
How to Reduce the Pain of IVF Injections, According to Doctors
by Ashley Ortiz 1 week ago

The Ellen DeGeneres Show
Amy Schumer Let Ashley Graham Copy Her Nursery: "Can I Just Look at Where a Baby Lives?"
by Alessia Santoro 1 week ago