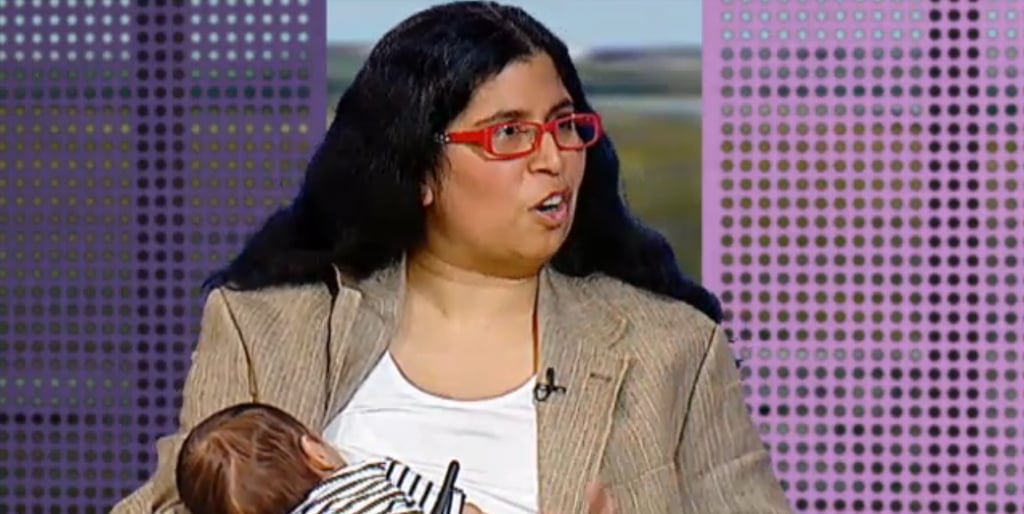 As moms continue the fight to normalize breastfeeding, one woman in Ireland decided to use her job as a television broadcaster to do just that.

Dil Wickremasinghe, who often appears on TV3's Midday, took her 11-week-old son on air to discuss breastfeeding and attachment parenting. Though it looks like Phoenix is having a sweet little nap on his mama's chest, it turns out that he's nursing the entire time — live on TV! However, without the subtle comment from fellow panelist, Elaine Crowley, viewers may have never known.

After initially pointing out that Phoenix was "feeding away quite happily over there," Elaine later commented:

"I think mothers should be free to choose how, where and when to feed their babies without judgement or condemnation. If I didn't point it out, there is no way anyone would have known little Phoenix was having his lunch live on air. All mothers should be supported no matter what they want to do, and if you're lucky enough to be able to take your baby to work and he happens to be hungry, well what are you gonna do?"

Phoenix innocently ate his lunch during his television debut, and it is reported that not one television set exploded during the process!