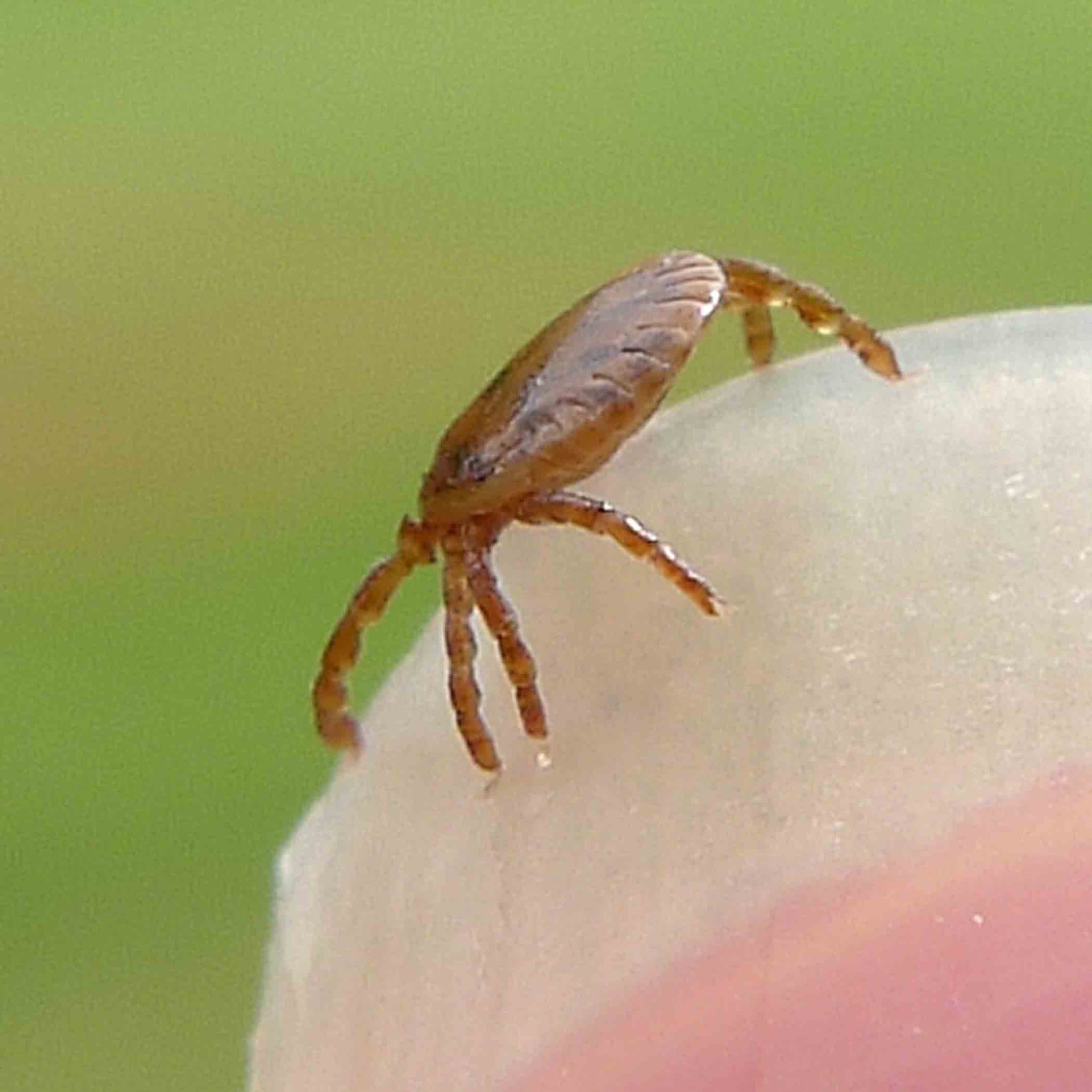 Ah, Summer. The season that's filled with quality family time, BBQs, and, according to experts, ticks. And unfortunately, this year is supposed to be especially bad as far as the little creepy-crawlies are concerned. In a press release from the Centers For Disease Control (CDC), researchers have found that the number of cases of flea, mosquito, and tick-borne diseases are on the up-and-up in the US — and are showing no signs of slowing down.

"Zika, West Nile virus, lyme, and chikungunya — a growing list of diseases caused by the bite of an infected mosquito, tick, or flea — have confronted the US in recent years, making a lot of people sick," said the report.

Related:
How to Keep Your Child Safe From Summertime Ticks

The report also found that the number of reported tick-borne diseases has more than doubled in 13 years and accounted for more than 60 percent of all reported mosquito-borne, tick-borne, and flea-borne disease cases between 2004 and 2016. To complicate the situation even further, diseases from ticks vary from region to region across the US, and those regions are expanding.

The CDC determined that there are several reasons for the increase, but one of the biggest factors concerns humans traveling:

The increase in diseases caused by the bite of an infected mosquito, tick, or flea in the US is likely due to many factors. Mosquitoes and ticks and the germs they spread are increasing in number and moving into new areas. As a result, more people are at risk for infection. Overseas travel and commerce are more common than ever before . . . Finally, new germs spread by mosquito and tick bites have been discovered and the list of nationally notifiable diseases has grown.

And while Dr. Thomas Mather noted that parts of the East Coast, specifically New England, are some of the worst areas for ticks, no part of the US is safe during the warmer months. "They're up and looking for a host, hoping something will walk by that they can latch on[to]," he explained in an interview with Boston's WFXT.

"I think the most important thing for folks to know is that if they find the tick on themselves, don't panic."

"The East Coast here in the US, parts of the South and Midwest, and even in California, you have the major [tick-borne] disease, which is lyme disease," said Dr. José Ribeiro, PhD, the chief of the Vector Biology Section of the Laboratory of Malaria and Vector Research in NIAID's Division of Intramural Research. "People should be aware of ticks and where they can encounter them. In other parts of the country, you have other diseases, like Rocky Mountain spotted fever in the Rocky Mountains and so on."

Dr. Maliha Ilias, a lyme disease research program officer in NIAID's Division of Microbiology and Infectious Diseases, explained that when it comes to tick removal, the best thing parents can do is stay calm if they see one on their child's skin.

"I think the most important thing for folks to know is that if they find the tick on themselves, don't panic," Dr. Ilias said, as it takes a full 36 hours for the bacteria that actually causes lyme to go from the tick to the host.

Dr. Ribeiro agrees, explaining that if you see a tick on your child, keep calm and use tweezers. "There is a lot of folklore about how to take a tick out of your skin. Some people even talk about having a lighted cigarette close by, things like that," he said. "The most important thing is just to use appropriate forceps such as tweezers. Grab the whole tick and pull it out."

If you suspect that your little one has lyme disease, the CDC recommends looking for the following symptoms three to 30 days after the initial bite:

As far as avoiding ticks is concerned? Parents can take a few precautions to make sure their kiddos are tick-free by:

Family Life
"Will It Hurt?": Big Bird Spoke to 2 Doctors on Sesame Street Before Getting the COVID Vaccine
by Chanel Vargas 2 weeks ago

Little Kids
If Your Kid Has a Fear of Needles, Listen to This Pediatrician's Advice For Their Upcoming Vaccines
by Kate Schweitzer 3 weeks ago