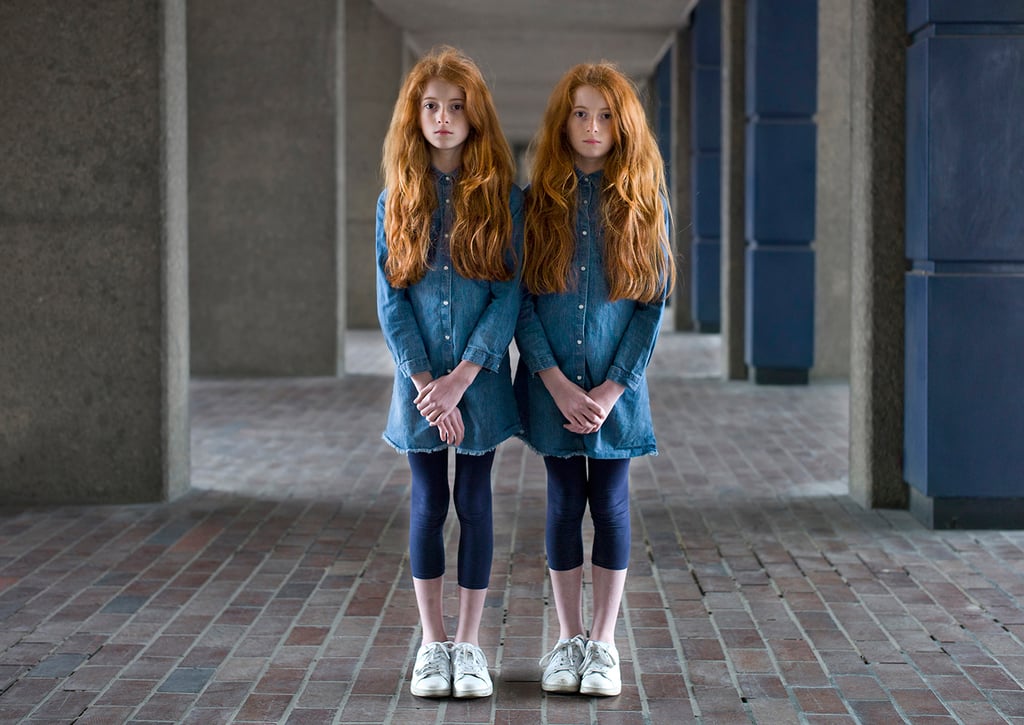 Peter Zelewski, a photographer based in London, wanted to investigate the mystery that surrounds identical twins. While many people try to lump identical twins together as one entity, Peter spent four years behind a camera — and met with more than 50 sets of twins — to prove that there's so much more to identical twins than matching outfits. He transformed his project into a book called Twins, and yes, the photos are truly mesmerizing.

"As a portrait photographer, I have always had a fascination with twins," Peter told POPSUGAR. "For me, it was always that mysterious bond that connects the twins which I have always found so intriguing. Even from a very young age I distinctly remember a time when there were twin boys in my class at school and being amazed by how enigmatic they were."

Related:
Everyone Can Learn From What These Girls Already Know: Strong Is the New Pretty

Peter admitted that he was obsessed with the twins' similarities from an artistic perspective at first. But once he got to know his subjects, he paid more attention to what makes them different.

"But as the series progressed, it was the subtle differences that were becoming equally as interesting."

"In the early days of the project I was more interested in the twins' similarities than the differences between them," he said. "Perhaps it was my own obsessive tendencies, but I just loved the symmetry, balance, and overall harmony I was getting with these portraits and did my best to reenforce the likeness between the twins as much as possible."

He added: "But as the series progressed, it was the subtle differences that were becoming equally as interesting, which was very unexpected. One example is 15-year-old brothers Joe and Duke. Although they are identical twins, the brothers couldn't be more different, both in their physical appearance and personalities."

Peter hopes that people who get a chance to view the photos or read Twins become just as moved by the sets of siblings as he was.

"I really do hope that anyone who looks at these images and reads the quotes can feel a fraction of what I felt when I made these special portraits," he said. "Of course, very few of us will ever be able to experience or understand the twins' bond fully but hopefully, by trying to see things through my lens, we can learn to value our own partnerships just a little bit more."

Scroll through to get a glimpse of each pair of siblings' backstories.

Related:
Having Twins Is So Much Harder Than You Can Ever Imagine
Previous Next Start Slideshow
SiblingsPhotographyTwins