All Melissa Camus wanted was for her soon-to-be 13-year-old son, Odin, to feel loved on his birthday. Odin, who has Asperger's, has trouble making friends and is constantly bullied at school. Though his mom sent out birthday invitations to 15 kids in his class, no one RSVP'd. So she decided to take him bowling on his big day and posted about her plans in a local Peterborough, Ontario, Canada, group on Facebook. Little did she know what would happen when she did. 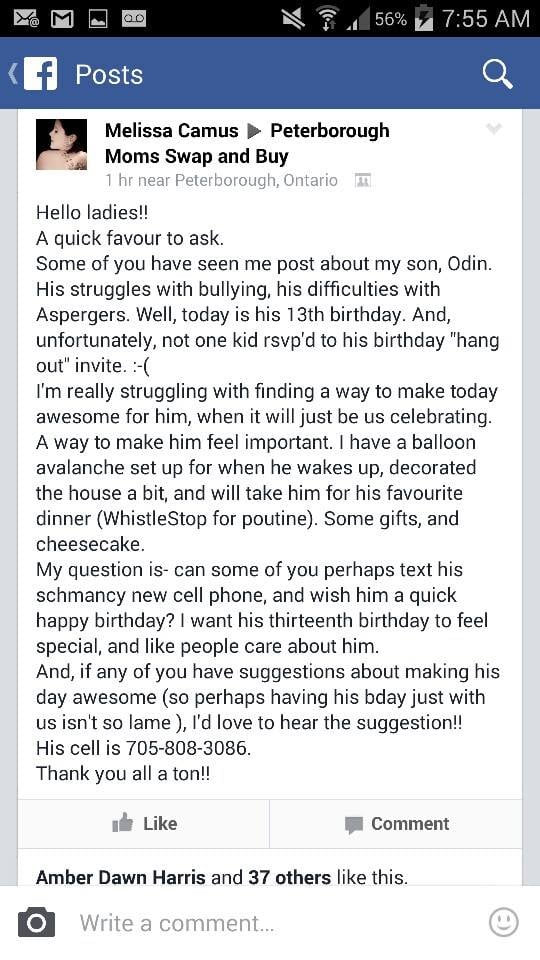 Soon after posting her note, it went viral. More than 5,000 people RSVP'd to the event, Odin received

Happy birthday Odin! Wish I could be there to celebrate with you! #odinbirthday

And from the look of things, Odin had the best birthday — ever!

"It's amazing how people care. I feel absolutely amazing," Odin said. But it is his mom who can't stop crying. "People are here because everyone knows a kid who struggles to fit in," Melissa said. "It's not new. It sucks for the kid. But everyone can relate. . . . You don't have to be bummed out — no matter how down you feel, there's always someone there. Always."

NewsAutismParenting News
Around The Web 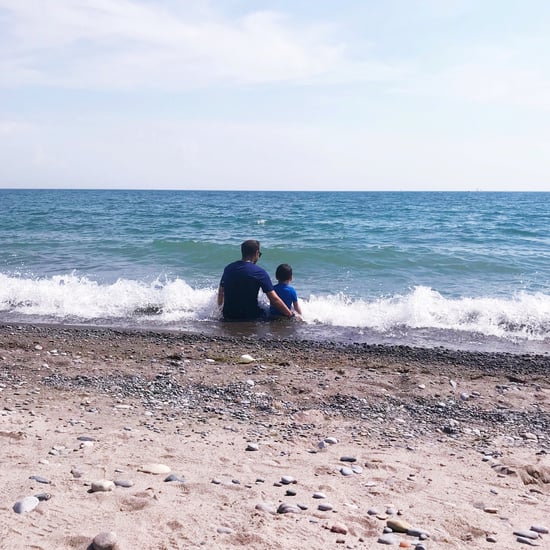 Little Kids
Because of My Son's Invisible Disability, His Right to Accessibility Was Questioned
by Victoria Rosenberg 11/19/20