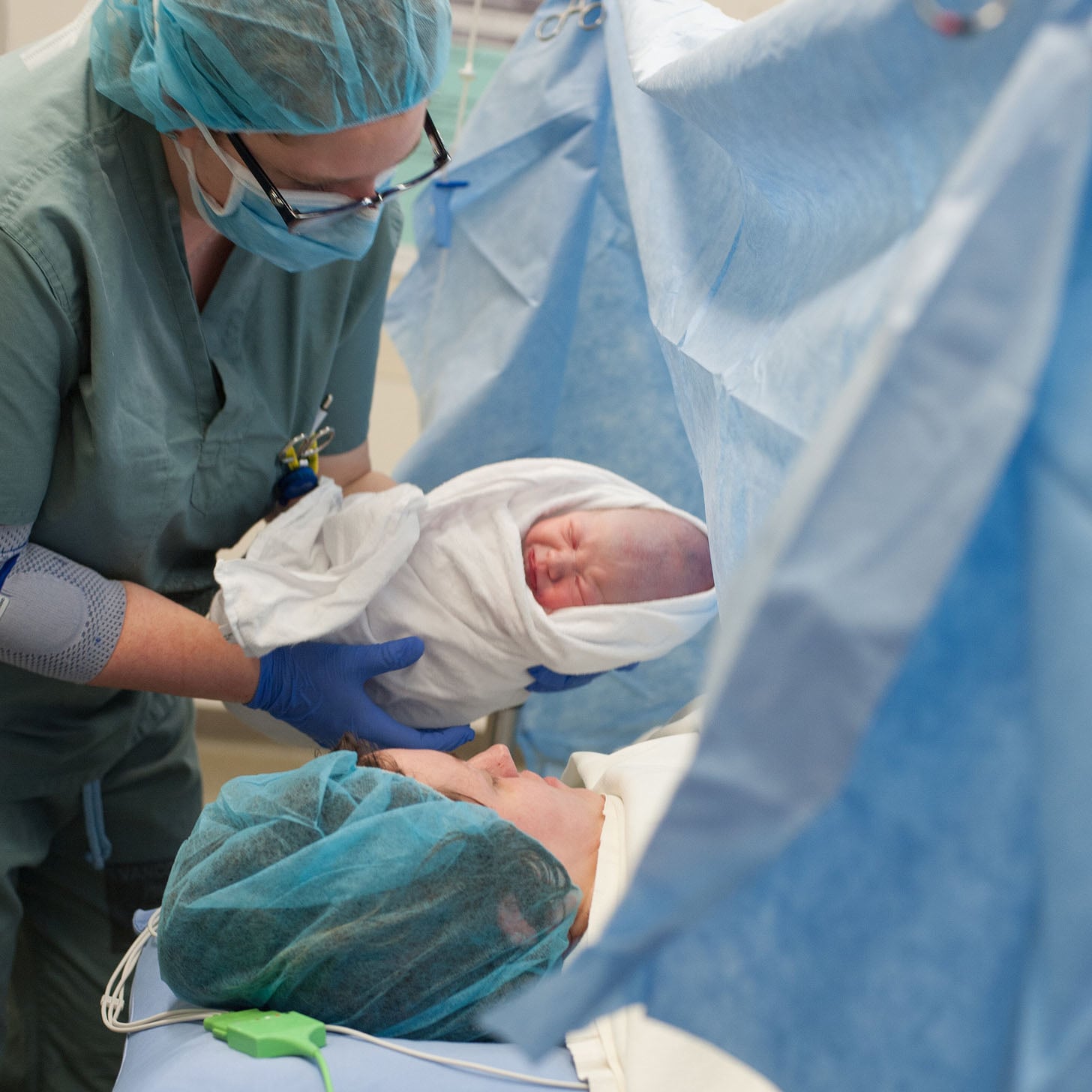 C-sections happen: one-third of all births take place on the operating table, so many that it's the most common surgical procedure in US hospitals. Despite their prevalence, however, moms and doctors alike know that babies born via cesarean don't get as many initial health benefits as those infants born vaginally.

Well, that's about to change.

Up until now, only babies who pass through the birth canal are exposed to helpful bacteria in the form of protective microbes that help educate developing immune systems. But researchers involved in a small pilot study at the University of California San Diego have discovered a surprisingly simple fix: if they transfer a swab from the mother's vagina to the cesarean-delivered newborn, it can actually alter the baby's microbial makeup in a way that more closely resembles that of a vaginally delivered baby.

In the study, which was published in Feb. 2016 by Nature Medicine, researchers collected samples from 18 infants and their mothers, including seven born vaginally and 11 delivered by scheduled C-section. Of the C-section-delivered babies, four were exposed to their mothers' vaginal fluids at birth after sterile gauze was incubated in the mothers' vaginas for one hour before the operation. Within two minutes of their birth, the babies delivered by C-section were swabbed with the gauze starting with the mouth, then the face and the rest of the body. Then, the babies were evaluated six times throughout their first month of life.

The researchers' positive findings could mean that those babies delivered by C-section — who have an "increased subsequent risk of obesity, asthma, allergies, atopic disease and other immune deficiencies" — might now see fewer of those problems.

"This study now starts to prove that the effect exists, telling us that some of those vaginal microbes probably do stick around when transferred to a baby born by C-section, at least for the first month of life," Dr. Rob Knight said, noting that long-term effects of this swab technique have yet to be determined. "We need substantially more children and a longer follow-up period to connect the procedure to health effects. This study points the way to how we would do that, and provides the proof-of-concept that microbiome modification early in life is possible."

Babies
These Old Navy Infant Pieces Made Us Shout, "Oh, Baby!" as We Filled Our Carts
by Morgan Ashley Parker 4 days ago