We're happy to present this article by Serge Bielanko from one of our favorite sites, YourTango. 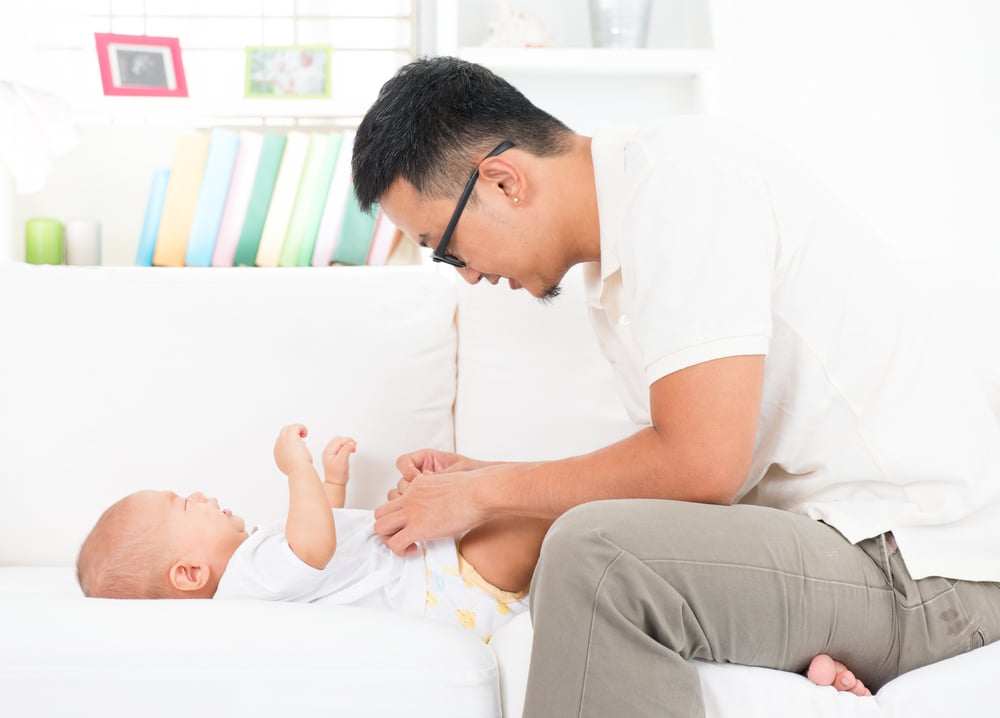 Parents on the Internet (and in general) like to act like they've got this child-rearing thing down SOLID, posting photos of their kids frolicking in the green grass at the park or everyone smiling together in the car. But the truth of the matter is that becoming a parent is like embarking on a long, difficult voyage that you'll never, ever return from.

Sure, sugarcoat it anyway you like (or constantly try to convince yourself you're still the same person you were back before you had kids), but we know it's bullsh*t.

When you set sail on the high seas of parenthood, you pull away from a harbor you'll never see again. And standing there on the dock, waving slowly, an uncertain goodbye growing smaller with each passing moment, is your old self.

See, as wonderful and inimitable as becoming a mom or dad is in this world, it's still the one thing that will humble you more than anything else you will ever experience.

And the thing that stands out the most to me is the fact that your dignity — that single most vital strip of your soul that allows you to hold your head up high and proud — gets shattered repeatedly, day after day, by tiny humans with sinister streaks and ego galore.

Babies are so cute and precious and divine, yet as parents, we owe it to those who will follow in our footsteps to tell them just how much a tiny baby cuts loose old meals.

Babies are basically the equivalent of the UPS guy showing up 10 times a day, knocking on your door, getting you up off the couch, right in the middle of your dinner or when you're watching Better Call Saul, or when you're sleeping, and then handing you a tidy little box full of monumental stank. You can't turn it away. You have to sign for it, man. You have to tend to the kid and unwrap the diaper and try to clean up the swamps of hell with your hands and maybe some flimsy wipes that you buy by the trillions.

I love my three kids so much, but I've been changing diapers for six years running now, and I have to tell you, I'm over it. I have handled more human waste than I ever imagined possible. When I go out to the store or to walk around the streets, I always feel like I smell like baby crap. I must. You stand in the waft of one smell for years on end, and you eventually just start smelling that way — that's what I figure.

Oh, the things we do for love. I only hope my kids have to change my diapers some day. Because I'm going to make sure I'm one of those old guys sitting in his nursing home chair, just passing time between prunes and cups of Sanka, just waiting for my next opportunity to seek undignified revenge!

If you don't have kids, then you don't have even the slightest clue how much money they suck away from your hands. Being a parent basically means taking dollar bills, wrapping them in aluminum foil, and sticking them in the microwave.

From the very beginning of a child's life, from the instant that kid is born, you start hemorrhaging loot on diapers/formula/clothes/blankets/medicine/binkies/rattles/etc. Then by the time they hit their toddler years, you're kind of a giggling madman, doing demented little jigs of uncertainty as you continue to spend on child care/more clothes (they change sizes every nine days!)/more food/toys they could care less about once you get them out of the store.

And once they hit school, forget about it. By that time, you're simply a forgotten stop along the bus route of your paycheck, all the money you make working your ass off just passing you by on a rainy street, never even slowing down to let you board. And if you look close enough, all the happy, warm people up there in the bus are giving you the finger.

Once upon a time, you had financial dreams for yourself. You even had the audacity to think a bit about where you might like to travel or what sort of vacation home you'd buy when you hit your 40s. Eff all that now. Now that you have kids, the only traveling you'll probably ever do again is walking over to answer your cell phone as it's ringing on the kitchen counter.

3. Dirt, filth, and no such thing as a clean house.

I'm a very neat person, one of those sorts who really does like clean lines and feng shui order in my world. But what a joke that turned out to be. Once I had kids, especially once we had a second one and now a third, I lost my grip on the very real dignity that came along with keeping a clean house and a car spotless.

Nowadays, my Honda Pilot is a breeding ground for disease. I try so hard to keep it reasonably tidy, but it's no use. (And if you care to judge me, you can go to hell, my friend, because I know what I am up against!) I know who's messing up the back seat with Goldfish crumbs and spilled yogurt drinks and little hunks of crayon all mashed up into the seat material until every last drip of trade-in value on the damn vehicle shoots itself in the face with some old McDonald's french fry that can now pass as a bullet.

I tried to reel things in. I really did. I made attempts at doing the whole "no snacks in the car" bit, but it didn't last. I had to occupy their endless appetites for distraction and desire. Kids don't want to sit quietly in the car or look out the window at the nice cows in the f*cking fields. They want to hold sh*t in their hands, sh*t that costs money and smells like artificial fruit and has some kind of sticky, high-stain quality to it.

There are better parents out there than me. I know they keep a clean house and a neat little car interior. And I hate them so much. I hate those moms and dads with the last few shards of dignity that I have. I raise my tattered, war-torn flag of independence, but it's just a ribbon in the wild wind now. I'm defeated and shell-shocked by the tragic death of my own dignity right before my eyes.

And I don't even care anymore.

Moms and dads, we wake up in the morning, walk into the bathroom, and look at our melting jowls in the 5 a.m. mirror, and we sigh at the mess we've become. We're tired. We're broke. We've got sh*t in our nails and gunk on our furniture.

But at least we've got love. (And maybe a babysitter, if we can find one who doesn't have to go out with her dork boyfriend every single Saturday night.)

More juicy reads from YourTango:
If I Could Teach My Kids ONE Thing About Sex, This Would Be It
Laid-Back Dad Confession: I Won't Freak Out If My Kids Smoke Pot
3 Secrets I'm Ashamed to Tell My Kids About My Teenage Years
LOL: 15 Honest Photos That Depict Modern-Day Parenting
3 Socially Unacceptable Things I Only Ever Do Around My Kids

Father's Day
My Dad Told Me to Make the Most of Life, And I Do My Best to Do So Every Day
by Jada Welch 15 hours ago

Tweens and Teens
In Her New Vlog, Barbie Encourages Your Kids to Talk About Their Feelings While Staying Home
by Alessia Santoro 1 day ago