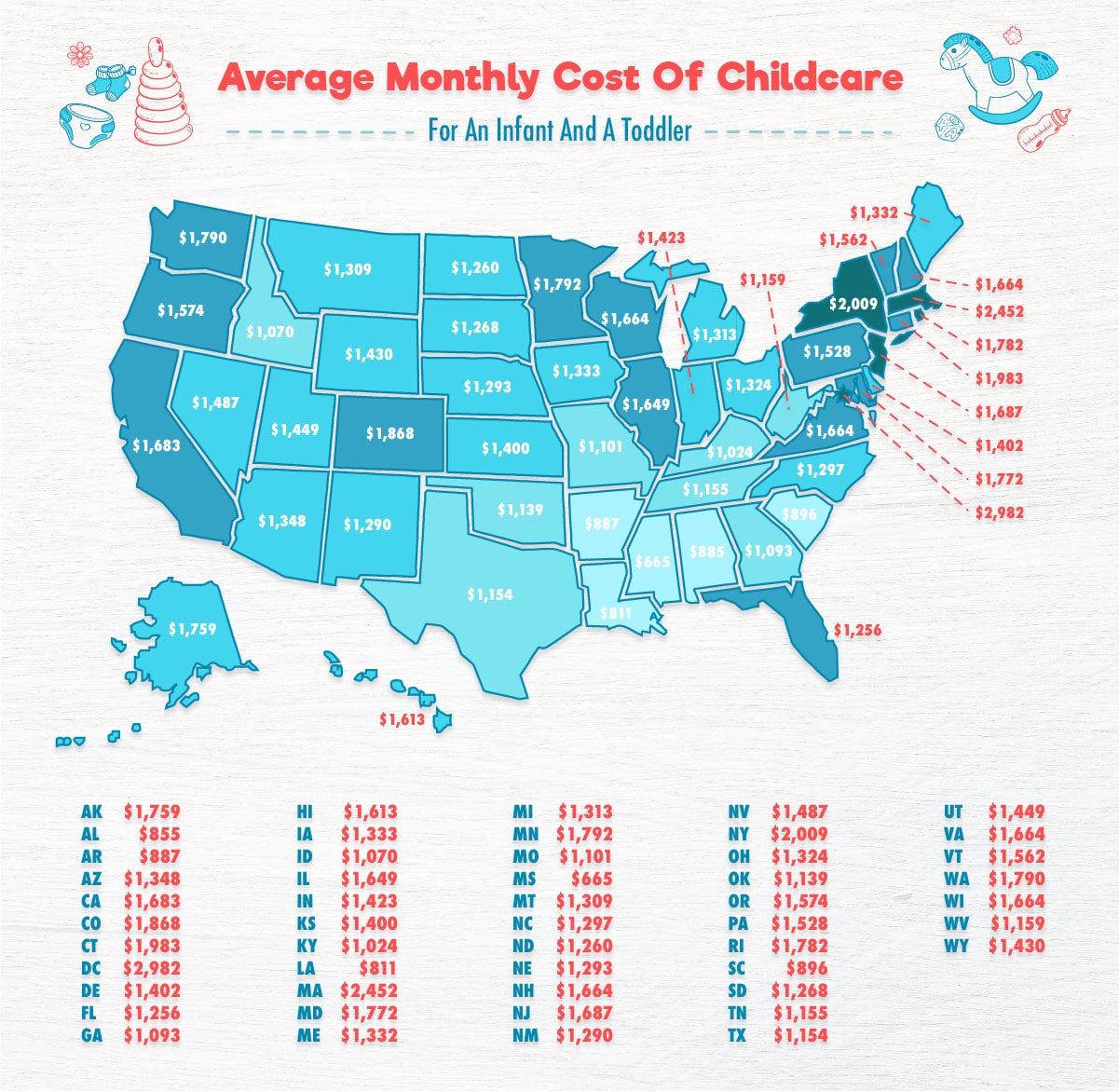 Although the first few weeks of snuggles with a newborn may be completely magical, most moms and dads have a hefty cost looming over their heads after welcoming their bundle of joy: childcare. In a recent report published by Business Broker Network, parents get a bird's-eye view of how much money the average family spends on childcare by state, and as you can see, it really adds up.

Researchers compiled data from families who have an infant and a toddler in an effort to give the report a "more rounded approach" and came up with an average benchmark for each state.

Related:
The 10 Worst States to Raise a Child In

Overall, the cost of childcare on the East Coast was far and away the most expensive. Parents in Washington DC have the highest childcare costs in the US at nearly $3,000 per month, followed by Massachusetts ($2,452) and New York ($2,009).

If you're looking to get the most bang for your buck, you may want to head down South. Childcare is the least expensive in Mississippi with an average monthly cost of $665. Louisiana isn't far behind with its average at $811, and Alabama is a close third with the average family forking over $855 per month.

The report also went a step further to figure out the breakdown of how much of an average family's income is spent on childcare annually — and unsurprisingly, it's a heck of a lot. 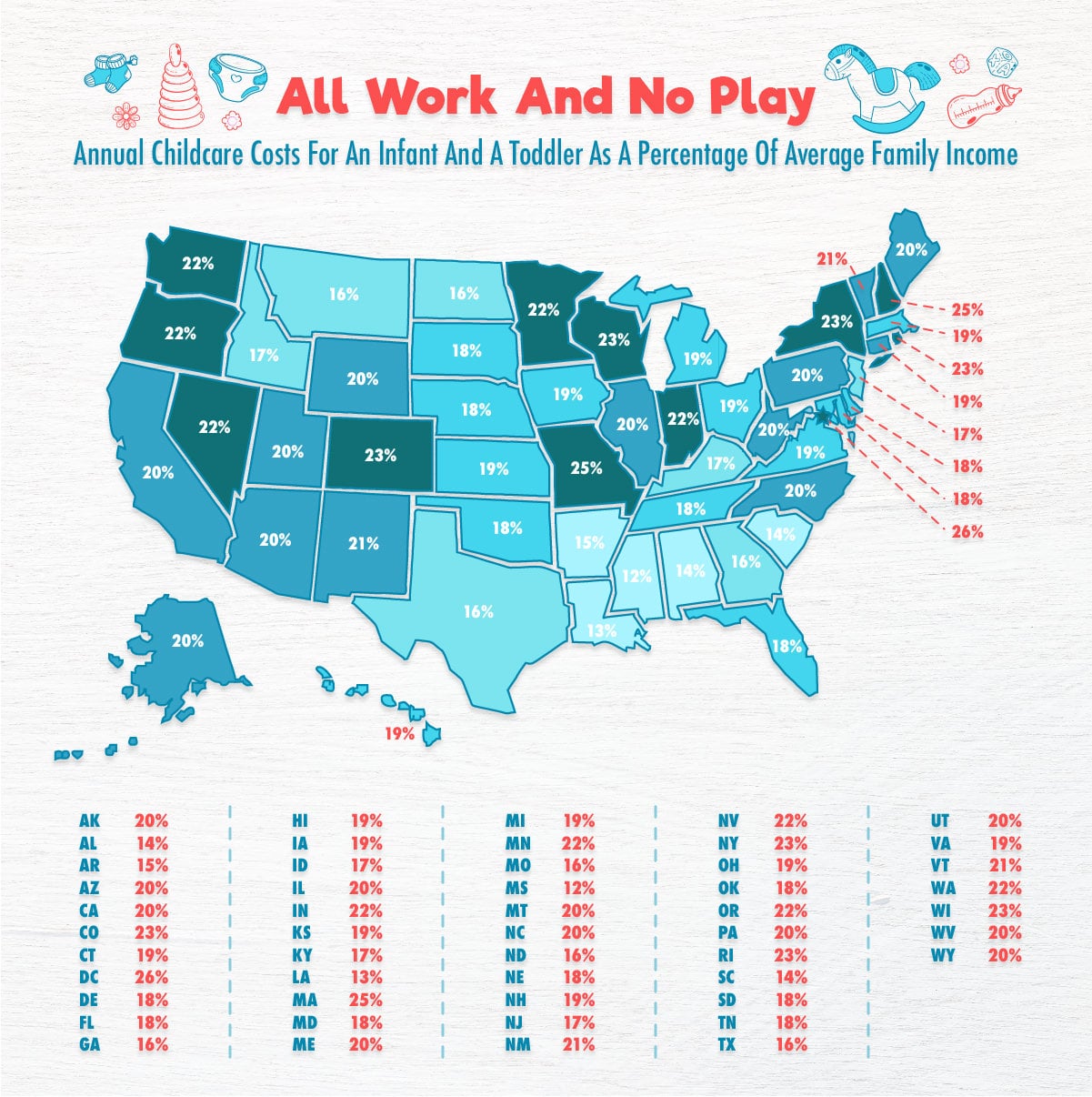 Yet again, Washington DC led the pack with a whopping average of 26 percent of a family's yearly income spent on childcare. Massachusetts wasn't far behind at 25 percent, and four states tied for third highest with a 23 percent average. Yikes!

Mississippi proved to be the most affordable state with an average of 12 percent of a family's income going toward childcare costs. Louisiana trailed behind at 13 percent, and Alabama and South Carolina tied for third with 14 percent.

Little Kids
Nick Jr. Is Hosting a Shark Week For Kids – And It Obviously Features Baby Shark!
by Murphy Moroney 3 hours ago