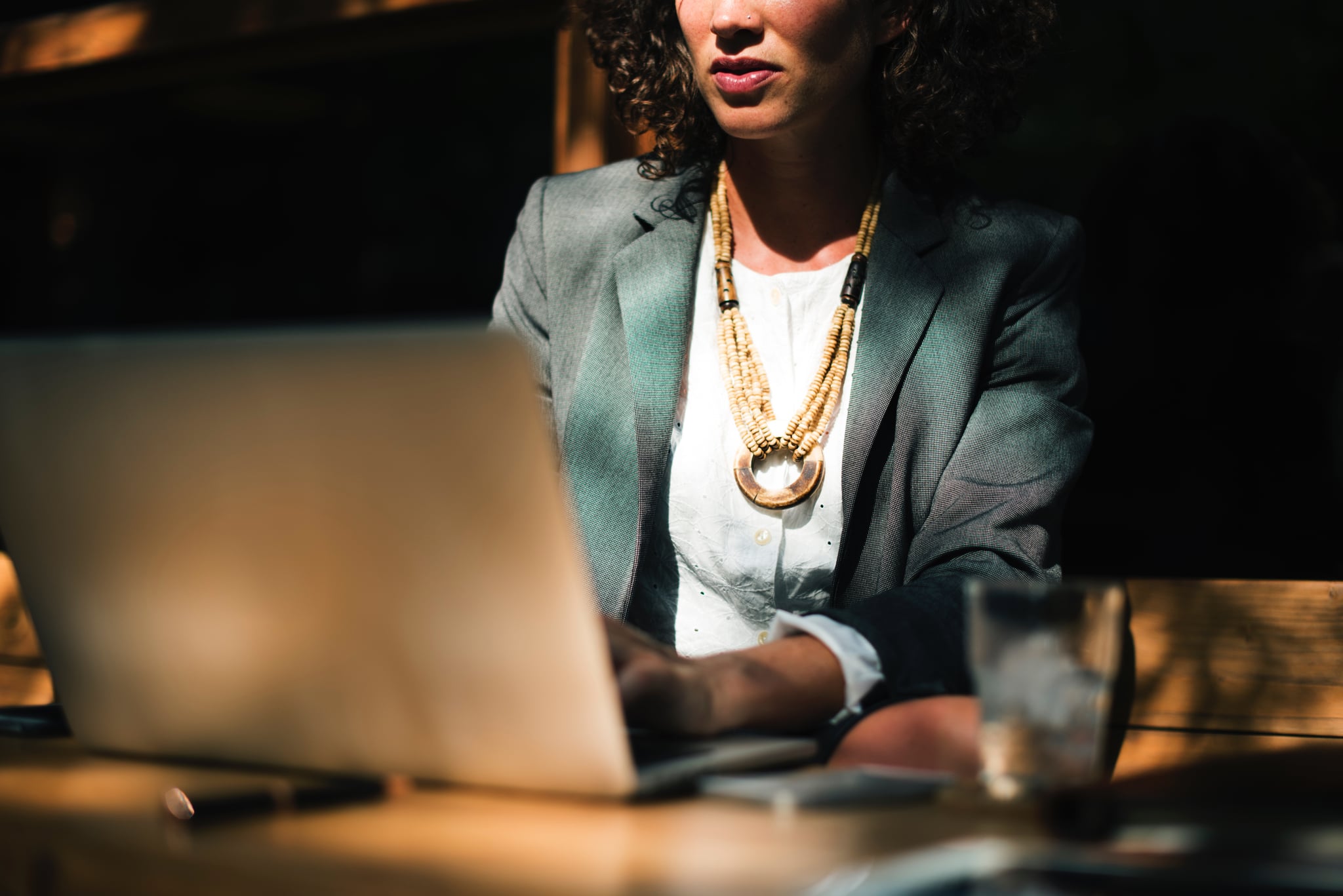 In the film Bad Moms, Amy Mitchell, played by actress Mila Kunis, reaches her breaking point. With the stress of trying to manage her children's busy schedules, meet her boss's expectations, and earn respect from the "perfect mothers" in the PTA, Mitchell decides to let go of some of her responsibilities and be a bad parent for once.

Along with two other stressed-out moms, played by Kathryn Hahn and Kristen Bell, she gets drunk at a bar, throws a massive house party, and trashes a grocery store. Mitchell even ignites a war with the president of the PTA when she brings store-bought doughnut holes to the school's bake sale, which clearly violates the no-sugar, no-eggs, and no-milk rules.

Unfortunately, not all women can rebel in such a dramatic fashion, but this film does show the significant amount of pressure that is placed on working mothers.

In 2014, Care.com, "the world's largest online destination for finding and managing family care," surveyed almost 1,000 moms. It found that one in four women cries alone at least once a week due to the stress of trying to balance her career, children, and chores.

But balance is unrealistic, according to Monica Coleman, who is a mother of two and a program training and technical assistance consultant for a CDC-funded project to reduce teen pregnancy in the Mississippi Delta. "You're always going to have issues at home that you take to work that impact your performance," she said. "You're always going to have some issues at work that eventually may impact how you're feeling when you go home at the end of the day, so there's really no separating the two."

Courtney Shelton, who is the associate director of event services at the University of Memphis and a mother of three children, ages 7, 3, and 2, agrees with Coleman. "I feel it's a misconception to think there's a balance in your work life and personal life," she said. "I think you have to be OK knowing that it's going to be chaotic and at certain times one will outweigh the other."

According to a 2015 survey by Pew Research Center, 39 percent of full-time working mothers said they don't spend enough time with their children. This often leads to "mom guilt."

Cindy Brewer, cofounder of LEO Events, a global event planning company in Memphis, TN, has definitely experienced some remorse as a working mother. Because she runs a business that plans events for Fortune 500 companies and other local organizations like Le Bonheur Children's Hospital and BlueCross BlueShield of Tennessee, Brewer is not always able to attend her children's activities, which is extremely difficult for her — especially when her husband, who is also a cofounder at LEO Events, and family aren't available.

"It's a very hard place to be. It just makes you feel [like] you're letting a child down . . . and I don't want to ever be in that position, but it's happened," she said.

Moms deal with their guilt in different ways.

Belinda Simpson is a director of community outreach for a nonprofit in Memphis and is also very hands-on with her two sons, ages 15 and 17. As a single mom, spending time with her boys is important, and when she has to work overtime at the office, Simpson admits that she spoils them to make up for it — which sometimes they use to their advantage, she says.

"If I work too much during the week, if I have too many after-work activities that go into the evening, I feel guilty if I'm not home with them," she said. "When I do get back home, it's extra treats, extra going out, buying game cards, something to make me feel better."

Though women feel guilt when they work too much, the truth of the matter is that they still make more sacrifices than men when it comes to family life. Forty-two percent of moms compared to 28 percent of dads said they reduce work hours more to care for their children, according to a study by the Pew Research Center.

Forty-two percent of moms compared to 28 percent of dads said they reduce work hours more to care for their children.

Melissa Bamford, a sociology professor at the University of Memphis, says that society expects women to sacrifice their work for their children. "The lack of quality child care in the United States speaks to an underlying assumption that women should be home raising their children," she explained. "Although most women work, usually because two-parent families need two incomes, this idea that women should still be the primary caretakers has not gone away. There are cover stories or big huzzahs when men are the primary caretakers and women are the primary breadwinners because we see this as backwards in our society."

Lindsay Ball, CEO of Memphis Mom Blog, a website that provides information about parenthood, is all too familiar with leaving work to care for her son. Formerly working as an entomologist, Ball's life changed when she found out that she was pregnant. Not only that, she soon realized that she would be an only parent as she and her son's biological father parted ways. With trying to juggle work and her son's schedule, Ball had to make a tough decision.

"My career was more of a man's world so it was really hard. Then whenever I had [my son], I got to the point where I was like, 'I can't keep doing this because I have to be able to keep the same hours as his day care,' and you're really limited in that," she said. "So I ended up making a lot less money than I was worth, but I was able to be a parent still to him."

Jeanie Whinghter is another mom who left her corporate job to spend more time with her three children. She now works in higher education, which gives her more flexibility. "The thing that I found most challenging is that I would be at work and I would really be just thinking about my child," she said. "Just the silly stuff. His nanny would text me about his poop and I'll think, 'Oh my gosh, what kind of poop was it,'" she said, bursting out in laughter. "So my heart was really with my child and I knew that I needed to make a change, so I could be more engaged with my children's lives." In order to spend more time with their kids, some women choose to work in lower-paying industries like restaurants.

Jennifer Fitz is a bartender at Fox and Hound in Memphis. She says that though she works late hours (the bar doesn't close until 3 a.m.), she is able to spend more time at home with her son than if she were working a corporate job. "I'm a bartender at Fox and Hound, and I hate to say this, but if I had a big-girl job right now, I don't think that I would be able to spend quite as much time with my son as I want to, and it's nice having money in your pocket every night of the week. It's not guaranteed like a steady 9-to-5 every week, but you do make a good amount of money." She added, "You work later hours, but I think you work less hours than that 40 hours a week period, so you may be exhausted, but you do have more hours with your child."

Mommies in a Man's World

According to a Pew study, motherhood isn't a top barrier that's keeping women from obtaining executive positions anymore. However, that's not to say that discrimination doesn't still exist.

Lori Spicer Robertson is the chief communications and engagement officer for United Way of the Mid-South. She has worked for a number of local companies and was passionate about making sure organizations kept corporate social responsibility, inclusion, culture development, and change management top of mind to ensure a healthy work environment. However, that did not exempt her from discrimination or the unconscious bias that plagues women every day in the workplace. She recalled a time in one of her prior roles when she was singled out in a meeting after having her son.

"I had a gentleman say to me, 'Lori, we forgot about you. Next time you should decide if you really want to advance your career or if you want to stay home and have babies,'" she recalled. "I thought, 'I can't believe this person just said this aloud in a meeting in front of all these people.' Then I thought, 'That's his reality and because most of the men in his position have wives that don't work outside the home, their lens or their model of women is to be at home with children,' which is honorable, to say the least, if that's what you choose to do, but if you do choose to have a corporate career, you have to know going in to it that it's going to be a challenge."

Ball has also experienced discrimination in the workplace. She explained how some of her male colleagues viewed pregnant women when she worked as an entomologist. "Being pregnant in that work environment was very, very difficult. People just don't have the patience for you to move slower, be tired, need to get off your feet," she said. "Men tend to think, 'Well, you did this to yourself. You knew this would happen. You're just looking for excuses.' And honestly, I used to think that until I was in that position."

Although some men may think women need to stay at home, it does children good to see their moms working, according to a study by Harvard Business School professor Kathleen McGinn. She found that women who had working mothers are more likely to work outside the home and are given more responsibility at work. In addition, men who had working moms are more likely to help with housework and family. Brewer says being a working mom helps her children understand values. "One of the strongest benefits of being a working mom is that I know that I am able to provide for my family and that I know that I'm instilling values of hard work in my children," she said. "If anything, I hope that my children walk away from their high school graduation with a strong work ethic and knowing that hard work definitely is a part of life and how it pays off in the long run."

Simpson also believes that there are strong benefits to being a working mom. "[It shows] them perseverance in how to go after their dream, show them how you make sacrifices but also they see the awards that are reaped when you make those sacrifices," she explained. "So just being role models and showing them the steps you have to take to get the things you want in life."

Though it may be tough juggling motherhood and work, Ball believes that it's possible. "I'm not a perfect business owner, I'm not a perfect boss, I'm not perfect by any stretch, I'm definitely not a perfect wife," Ball said. "I'm still figuring that one out, but at the end of the day, I try to make sure that everyone I'm in contact with is happy. To me, that is doable."