Women's fiction writer Brenda Janowitz got the call no parent wants to receive. Here, she shares her experience with learning that her son was the school-bus bully. 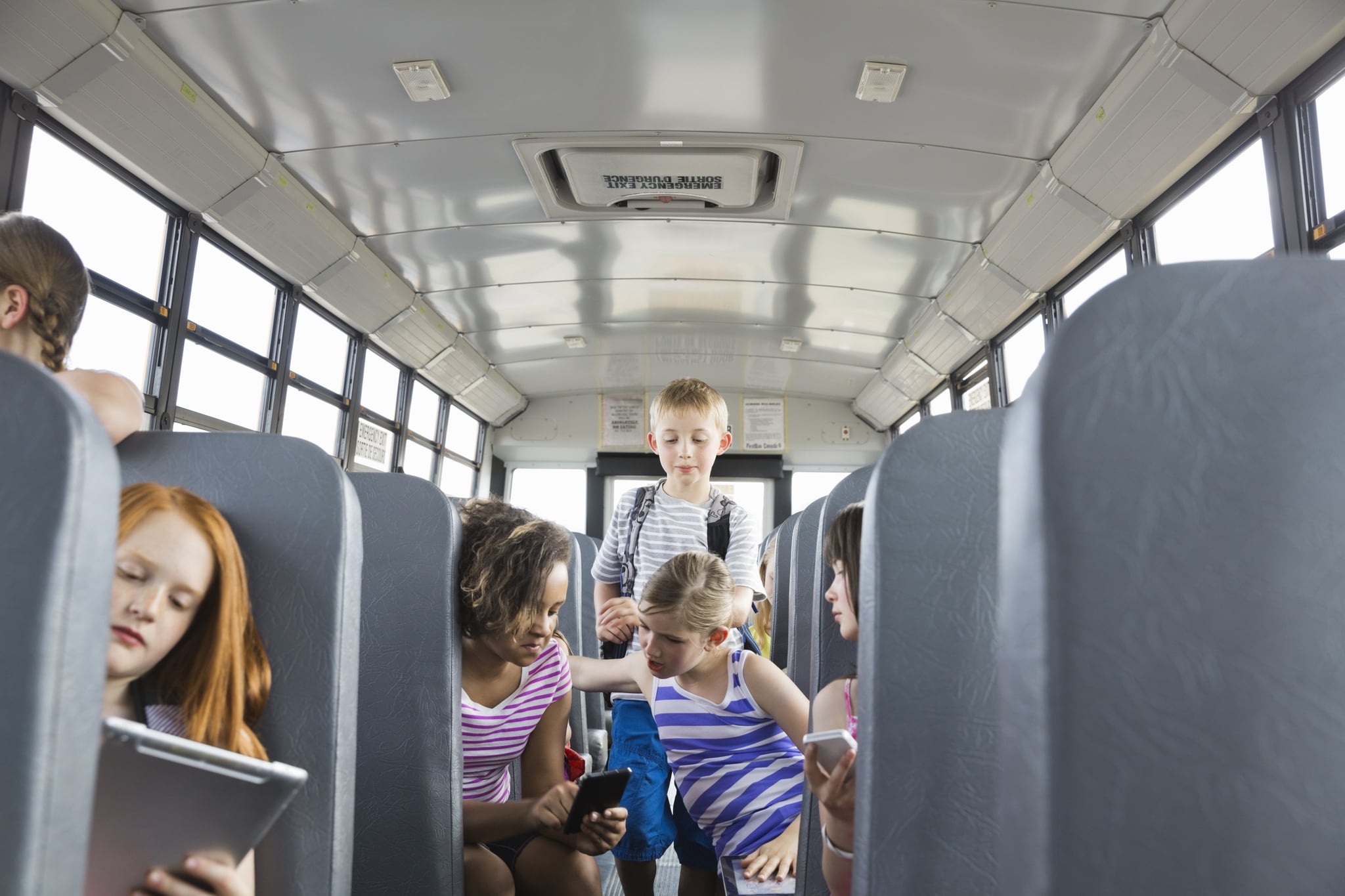 "There was an incident on the bus," the bus counselor told me. The words every parent dreads. A million thoughts flooded my mind: Did my child get hurt? Did someone dare touch a hair on my perfect 5-year-old's head? Did someone tease him? Was he crying? Was he OK?

It was the first week of kindergarten.

My 5-year-old son had been teased on the camp bus this past Summer, and it broke my heart to think of other kids taunting my baby. Over the Summer, some of the older girls on the bus had been bothering my son with questions, singing silly songs about him. The bus counselor had quickly told the girls to stop the behavior, and the whole thing was over as quickly as it began. He went the rest of the Summer incident-free.

But now it was happening again.

"Your son and another 5-year-old called one of the other kids names," the bus counselor told me.

"My son?" I asked. Surely I'd misunderstood. My son was the one who was bullied, wasn't he? There was no way he was the bully.

"Yes, your son and another 5-year-old bullied a fourth grader. They made him cry."

"A fourth grader?" I asked. I immediately did the math in my head: if my 5-year-old was in kindergarten, that made this other boy 9 years old. Two 5-year-olds bullying a kid almost twice their age?!

The bus driver filled in the rest of the details: all of the boys on the bus were joking around with each other, having fun, but then all of a sudden, the 9-year-old began getting upset. The 5-year-olds didn't realize it (because, you know, they're 5), and they continued joking around, calling the 9-year-old silly names. He began to cry.

I looked to my son as the bus counselor recounted the incident. He hung his little head down, and I knew that there was no mistake; he'd done it.

I assured the bus counselor and the bus driver that I would take care of it at home. The bus counselor told me that since the other child was reduced to tears, she'd have to report the incident. Her report would go to my son's teacher, the principal, and remain in his file.

The first week of school and my son was already reported to the principal and had a permanent record. The perfect start to the school year.

I talked to my son about name-calling. I reminded him of the incident over the Summer and we talked it through. He remembered how those girls on the camp bus made him feel, and no, he did not want to make someone else feel that way. I punished him — taking away the things he holds most dear (television, video games, and dessert for that evening).

We talked about the importance of apologizing, and not doing it again.

"I tried to apologize," my son explained to me. "But he wouldn't accept my apology."

"So, you didn't really apologize," I said.

"I tried, but he had his back turned to me."

"Did he hear you?" I asked. My son shrugged. He didn't know.

We immediately got into the car and drove around the corner to the boy's house to apologize again. The short car ride was peppered with questions: Why do I have to apologize again? (To make sure he heard you, to make sure he knows that you are sorry.) What if he doesn't accept it again? (The apology is as much for you as it is him. If you offer an apology and he won't accept it, then at least you know that you've done the right thing.) If he won't accept my apology, does that mean that he's really a bully? (Nice try! But he's the one who was hurt. If he won't accept your apology, it might just mean that he's not ready to forgive yet.)

My son rang the bell — seemingly a million times, though it was probably just a few. I was just as anxious as my son. My palms began to sweat. I began to doubt my plan of action. What if the boy was still crying? What if the incident was worse than I'd been told? What if the parents were really angry and it was too soon to show up at their home uninvited?

The 9-year-old answered the door, happy to see my son. He'd been playing with his brother and uncle, who invited us in. (Thankfully, the boy was no longer crying and, seemingly, no worse for the incident.) My son, suddenly looking much younger than his five years, said: "I'm sorry I called you names. I won't ever do it again."

The boy shrugged and motioned for my son to come over and check out his toys. They began playing and I took a very long overdue breath.

"I really am sorry about this," I told the boy's uncle. "My son has never done anything like this before. In fact, over the Summer, he was the one who was bullied."

I smiled and wondered: would I rather have my kid be the bully or the one who was bullied? After all, when he's the one bullied, he hasn't done anything wrong. But then again, if he's the one being bullied, he's the one coming home in tears. I was teased mercilessly as a child for having buck teeth, for not having the right clothes, and then for being a "Jewish American Princess" once I did. Those experiences stayed with me. Even now, as an adult. On the outside, I'm a married mom of two kids with a successful career, but on the inside, I'm still that little girl with the overbite and wrong clothing.

"Wouldn't it be better if there was just no bullying on the bus?" I asked.

The uncle laughed out loud. He looked at me with an "are you serious?" sort of look, and I couldn't help but laugh along with him.

The next day when he came home from school, with a pit in my belly, I asked my son the question I didn't want to ask. The one thing I didn't want to hear about. I asked him how the bus ride was.

"I sat next to the boy I bullied!" he said, excitement in his voice. "We're friends now! Can we make a playdate?"

I think this is the beginning of a beautiful friendship. They now sit next to each other on the bus every day, and he's all my son can talk about. We've had a bunch of wonderful playdates. They plan to both dress up as ninjas for Halloween.

And best of all: my son even calls him by his proper name now.