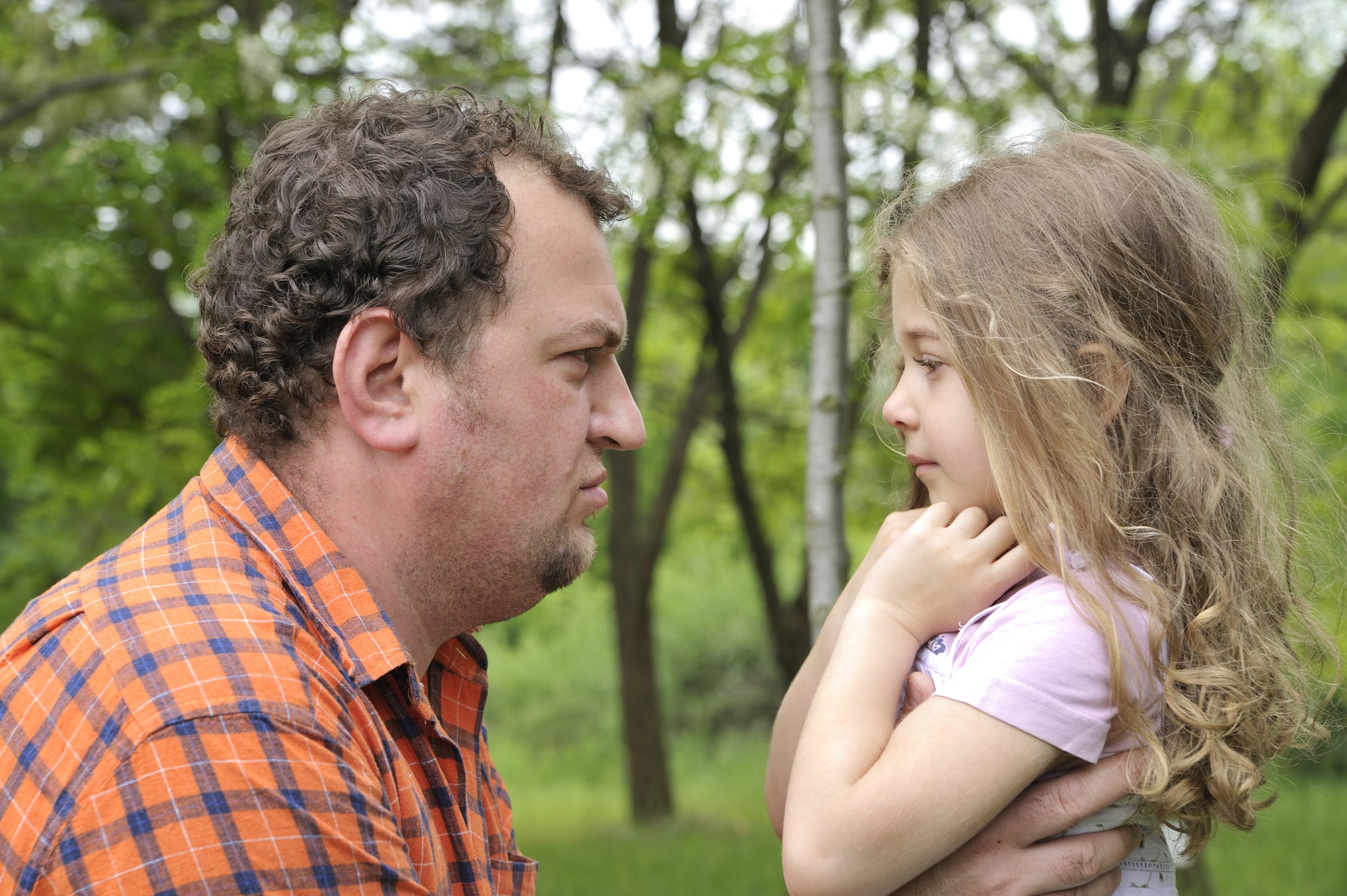 Every time there's discipline to be given out, you call on Dad to break out the tough act. As much as you know your child is making a bad choice, you can't seem to command respect from your child or pull the trigger when it comes to discipline, so there's your partner, the dad, putting on the tough-guy act.

If you see yourself in the above paragraph, you might be making Dad the bad guy all the time, and that's not good. While many of us were more intimidated by the idea of an angry father than an angry mother growing up, when we make Dad the "bad guy" all the time, it's not much fun for Dad, not to mention our children will not grow to have a decent, healthy respect for us. Not that fear equals respect, because it doesn't, but if we are the ones to give out consequences and show that we are comfortable doing so, our kids will respect us and what we are asking.

Wait Till Your Father Gets Home

This is a pretty nifty tool to use. However, when my ex and I first separated and I attempted this, telling my child that Dad would hear about it when we called him at night didn't have much impact until we made that phone call — way after the fact when I needed the impact! As a divorced parent, I realized this little gimmick wasn't going to work. I was going to have to lay down the law in my own home, consistently and clearly. Let your child know what you expect from him or her and be consistent with consequences. Breaking consequences off at the last minute, changing your mind, giving in, or wavering is not acceptable, and your kid will call your bluff each and every time.

Admit it: sometimes when you have to give a consequence, you feel awful even if your child deserves it. This is normal. We hate to see our kids mess up. The problem becomes when we feel so bad that we cave, or worse, let Dad pick up the slack for us. We aren't here to be our kids' friends. We are here to guide them on how to survive and thrive in the real world. We can be friends with them when they are adults, long gone from the house.

And even if Dad is better at using the metaphorical heavy hand, that doesn't mean he should be the bearer of bad news 24/7.

I've been in houses both as a child and now as an adult in which it's chaos until "the dad" comes home. Do you really enjoy having things amuck until Dad is able to come home and hand out punishments? No, I bet you don't. If you are able to effectively discipline, life will be smoother at all hours.

Dad Loses Respect — For You!

Your partner will lose respect for you if he feels he is the only parent "in charge" all the time. It's true that some people are better at handling discipline, but it doesn't mean you should throw in the towel. Just as you would like your partner to help around the house and be equals together, the same goes for discipline. If your mate feels you're too soft on the kids and let them get away with murder after a while, he will feel as if he's dealing with a kid, and you don't want him to see you as anything less than your equal.

When my ex and I separated, it was very hard for my daughter. He and I had to get on the same page about discipline. Putting our heads together and working with a play therapist to help her get through the divorce, we learned this:

It's OK if Dad is the more intimidating parent from time to time or even all the time, as long as you are also equally effective at managing behavior and discipline. Don't cave in or feel bad: you're here to help your kids make little mistakes before they turn older and make big ones!

Family Life
Mom With Epilepsy on Raising Kids: "My Family Knows How to Unite in Any Kind of Difficulty"
by Murphy Moroney 4 days ago