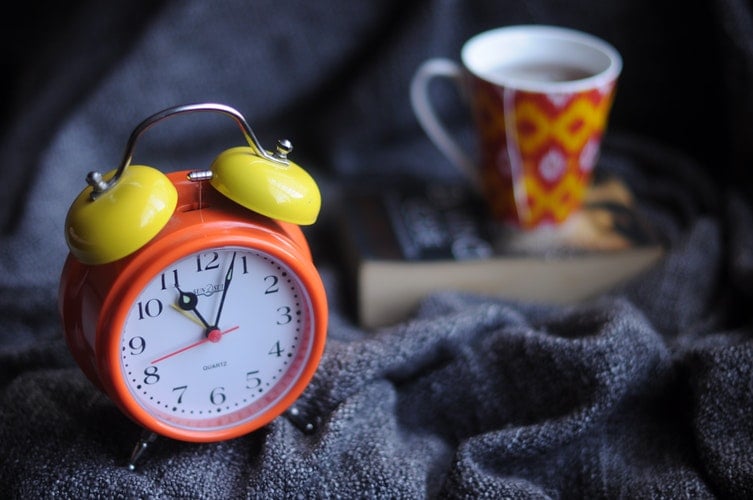 Before kids, you and I were on pretty good terms. Every Fall, you gave me one more hour at the bar (major points) and one more hour in bed (all the points in the entire world). And every Spring, we had a little bit of a falling out, but with no major damage (I loved my sleep, you were doomed from the start). While I was pretty tired that first week, leaving work in the daylight made it all worth it. I never dreaded your arrival back then.

But now? I have two kids, and frankly, I hate you. I thought I was "tired" back then, but I realize now that it was just a cruel joke you were playing on me in preparation for the main event: parenting during daylight savings.

Related:
How to Make Your Kid's Early Wake-Up Time Less Painful For Everyone

Twice a year you royally screw up our routines. Instead of an extra hour in bed or another hour at the bar, you give me cranky kids and an extremely tired family. I'm filled with dread every time someone on the news says, "Don't forget to 'Spring' your clocks forward this weekend," with actual pep in their voice. They must not truly understand DLST, or as I like to call it in my darker moments, "Dreaded Life Sucking Time."

I hope you don't hold this against me, but I would like to suggest — for the sake of mothers everywhere — that you get canceled for good. I know there's been talk of doing this for years now with no real action; parents discuss how it takes kids over a week to recover from and adjust to you. It's a lot on their small little minds and bodies, which makes way for more tantrums that we then have to deal with. And you know what that makes me? Even more tired. But you've stuck around, despite all of our deepest wishes.

Related:
Your Kids' Bedtime Struggles, According to Their Zodiac Signs

I remember one year, when my son was still a baby, I tried getting him used to the time change by putting him to bed later and later with the hope that he would sleep in. Well, he didn't. In fact, it made it worse. The next year, I tried just winging it. I did nothing to prepare my kids for the time change. Turns out, that didn't work either. At this point, I've given up all hope and strategizing. I just accept that the whole week will be a disaster.

I'm sorry to say this, but I dream of the day when the world breaks up with you. On that night every Fall and Spring, I'll celebrate with a glass of wine. But for now, I'll have to save that precious bottle for another week, because I know in the morning (and for at least seven days after that) I'll need an ungodly amount of coffee instead.

From,
Every Mother Ever

Little Kids
After More Than 15 Years Off Air, Reading Rainbow Is Returning to TV in 2022 With Multiple Hosts
by Chanel Vargas 2 hours ago