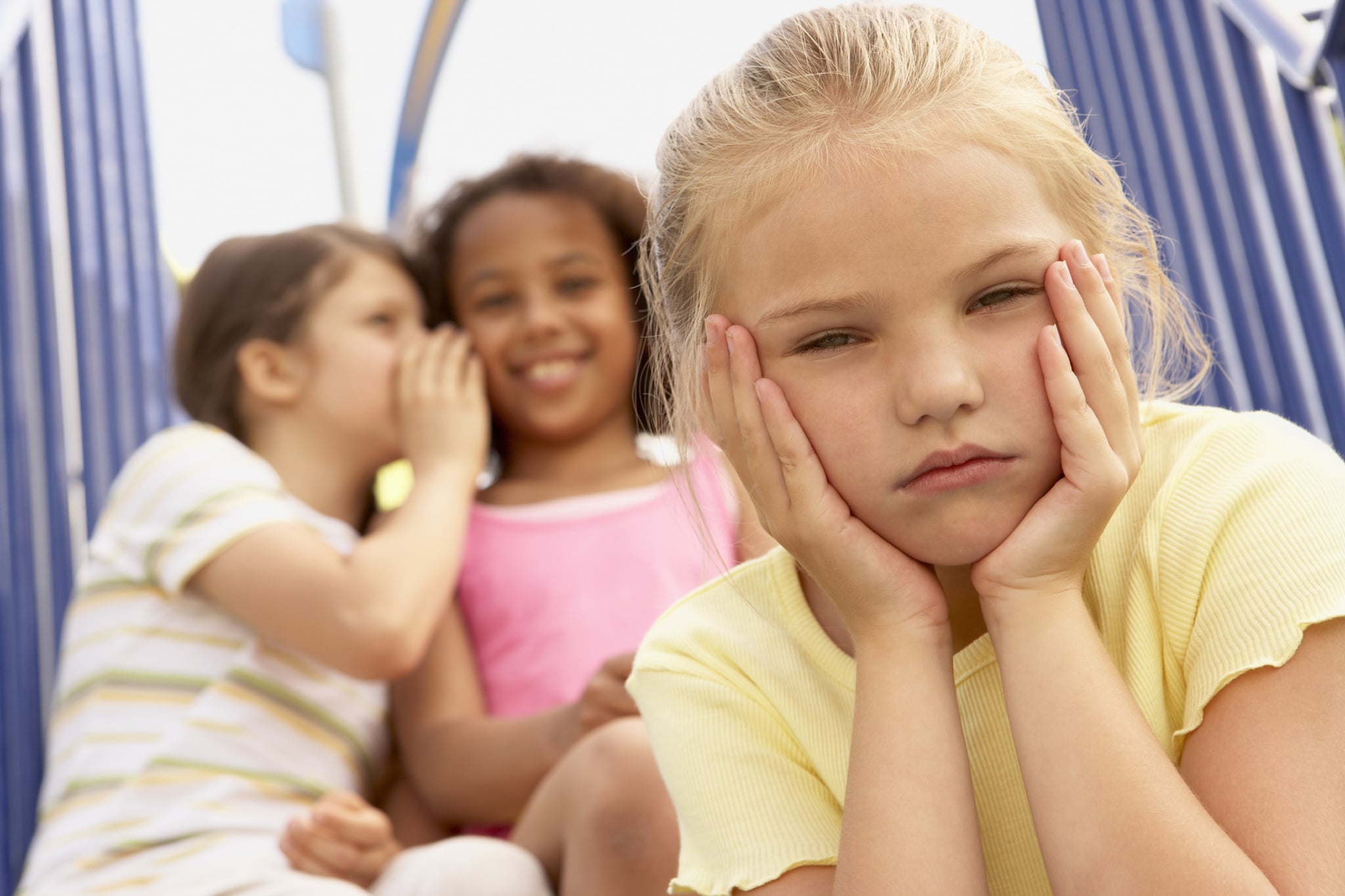 Before I was a mom, I was a preschool teacher. I had dealt with all kinds of kids. I had the uncomfortable "pleasure" of telling parents how their kids were bad that day on a daily basis. So imagine my discomfort when four years later in the spring of 2014, there I was sitting with my daughter's teacher. Instead of being in the "teacher's seat," I was on the other side in the parent's chair hearing that my daughter, who had just turned 3, was picking on one of her most absolute favorite friends with a vengeance. She wasn't hitting her, but was just being mean or excessively bossy beyond 3-year-old bossiness. My daughter and this child had to be separated from time to time. I felt broken. What had made my sweet girl so sour? I was always the sensitive kid myself, not the "mean girl."

That's when I assessed the big picture. My daughter's happy home had been shattered. After being a stay-at-home mother who only worked at night or from home, I went back to work full-time in the fall of 2013, pulling in 60 hours a week. And then to add insult to injury, her father and I separated and started to share custody in a 60/40 custody split just a month before her teacher sat me down for the big talk. And while my daughter has always been exceptionally verbal and had told me how sad she was, she's still only 3. She had a lot of emotions and still does from time to time, on losing her happy home.

I was also the target of my daughter's anger. Sometimes she would hit me or yell. Occasionally when I came to get her after work, she would blatantly ignore me as if I weren't there or refuse to hug me. All of her emotions about her world were dumped on me, the "safe person", just like her favorite friend was her "safe person" in school. Wanting the support of the school, my ex and I told the teacher about our separation despite how humiliating it felt to say the truth, and together we all decided she should try play therapy. Play therapy was the best choice we made because over time, her angry outbursts diminished.

For months after, I had wondered if I should call this little girl's mom, but what would I say. "Hi, you barely know me, but I'm getting a divorce and my kid was letting out her anger on your kid. She's not a bad kid, but a sad kid. A hurting kid." I felt humiliated. I was going through too much at the time to tell her how much I, too, was hurting.

So the other day when I heard a mom from my daughter's school rejoicing that a "mean kid" had finally left the school, I stopped myself before joining in on the "hurrah!" He was a physically aggressive child which made his actions potentially dangerous, but the word on the street was that there was serious family trouble, and I'm not talking just divorce. Instead of waving my pom-pom's for this kid's exit, I wondered how he was doing, how bad he was hurting, and where the sweetness inside of him had gone to. If he had any support or help.

Those supposed "mean kids" you hear about at school are not usually bad at heart. Sure, Charles Manson and Jeffrey Dahmer were probably born demented right out of the womb — there was no hope for those two. And while I know some kids are downright cruel, most mean kids are being mean for a reason and that they often cannot verbalize. Before that day, my daughter had never had any incidents with play dates going awry but during those first few months when her dad and I initially separated, the anger randomly came out during playtime with kids in front of me. One time she told a kid on the playground who wanted to play with the two of us: "I don't like you. Go away!" She didn't know this child, but she told me, "I only want to play with you mommy." Despite me encouraging her to say no thank you politely, she didn't. The way she saw it was she had lost most of her time with me and she wasn't about to share me. Another time she had a meltdown at a play date and in the car on the way home said, "I miss daddy" as she wailed.

There are many reasons kids act out that don't indicate that the child is a lost societal cause or a future serial killer but perhaps just an ordinary kid struggling with feelings he or she can't understand. Forget the typical developmental stage issues like toddlerhood in which kids can't communicate well and may end up biting in desperation, but when a child is mean, there's something happening in the background.

Family Strife
This is probably the most common reason. After my daughter's teacher told me she was lashing out, she started to have accidents, even after being potty trained for almost a year. Whether it's a negative or positive change like divorce, money issues, a new house, a new sibling, etc., it's hard for young children to verbalize their feelings even in a happy situation. Change is not easy for young ones to process and anything that affects a child's stability can be seen to him or her as a threat.

Aloof Parents
Before you bash the mean kid or the parents or assume the parents are in denial over the issue (they very well may be), consider these things: perhaps they're fighting with the insurance company to get therapy covered or it's quite possible they can't afford to send their kid, period. Or even still, maybe that parent needs help him or herself. Unless the kid is old enough to comprehend the severity of other's actions, kids are often just mirroring what they see. I'm sure my daughter mimicked our arguments to some degree. She had gotten to the point where she would tell her dad to "cool it" even though we were never "yellers" and didn't have any dramatic fights in front of her. She was smart enough to pick up on our cues and she absorbed our emotions.

And then of course, there are people who are just bad parents because they're simply bad people. It happens. A nasty person is most likely not going to raise a sunshiny kid.

Learning Issues
One of my students often yelled because he was overstimulated in the classroom, but not because he was a jerk. It was sensory overload for him. Learning or developmental issues can cause a child to act out.

What Do I Do With the Mean Kid?

If your kid is being picked on by a "mean kid," there are a few things you can do besides simply talking to the school or having the teacher separate your child from this bully. For one, you can use this as a teaching moment to talk about how to stick up for yourself, (bullies don't go away — they just get older) and talk to the parents. Perhaps they may not be open to your phone call or visit, but at least you can try. Judging by their behavior, I guarantee you'll get a sense if something's off with the parent . . . or if the parents are genuinely trying to help their child.

If Your Kid Is the Mean Kid
If your kid is acting out, consider these things:

Bottom line: contact your pediatrician to see what he or she suggests.

Five months after that sit down with my daughter's teacher, I saw that child's mother on a school class trip. She waved hello to me and smiled, so I took my chance and I pulled her aside.

"I'm sorry my daughter lashed out at yours. My husband and I are getting a divorce and we had just separated when the incidents started happening. She's living in two households, and it's been a big adjustment for her . . . and me. I'm sorry I didn't call, but it has been hard and embarrassing to share."

As soon as the words came out, I could see the light turn on in her head.

I felt good giving this mom (and myself) closure on the situation.

And with play therapy, my daughter ended up having a great time at Summer camp, and a relatively drama-free year at school so far. It's been so nice seeing my sweet girl resurface again. So if your child is acting out be sure to get help, show love and patience, and believe that it will get better. This too shall pass.

by Kara Kia 28 seconds ago