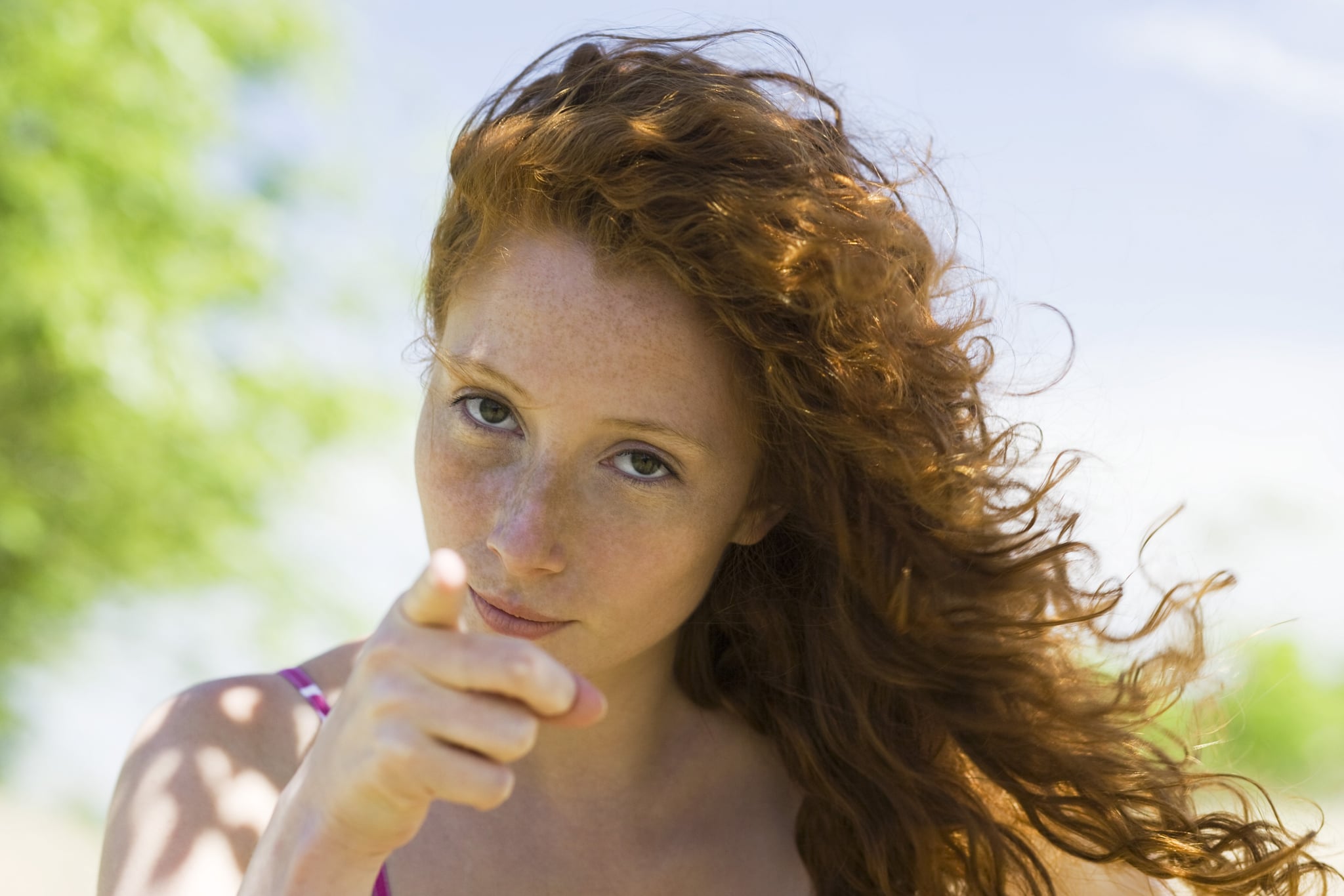 Sometimes being a mother means failing in public. Even if you're not failing, there are eyes on you. One day you think you're totally winning at life with kids and then some person sees you at the mall and publicly shames you for . . . carrying your 5-year-old child on your back? Really? I see that mom, and I think, wow, you're rocking some mom strength. I think, maybe her kid can't walk or is sick. And I move on with my day.

Welcome to parenting and pregnancy, where people tell you outright — or if they don't have the gall, they tell all of their Facebook friends — that you're not doing it right. The eye of judgment is rough. You'd think it would be limited to unkind strangers, but in fact, your parents and family may be first to offer up their criticisms — partially because they feel more comfortable doing so, and well, maybe they think you need the advice. Apparently we are all idiots when it comes to parenting. That seems to be the common cultural sentiment – that we are all always failing. (See the latest stream of books on "helicopter parenting.") Why? In my mind, it's part Internet — we can all talk about the same things very quickly, which leads to easy judgment — and part Information Age, with parenting as an actual subject of research. That doesn't mean it's not tiresome.

It's weird to think that so many people are so comfortably opinionated about how you raise your kids. I can still remember the things I used to think about people out with children — before I had kids. I would wonder why their kids were so loud, why their kids were eating that, why kids cried everywhere, and why parents seemed so into their kids, to the seeming exclusion of the world around them.

As a parent, I can see what is involved in the enormously intimidating and enervating project of having kids and the focus they require. When you are first figuring it out, you feel a bit more insecure and may be more judgmental, I think, of other parents. Sometimes you feel a kind of jealous awe at how they do it, whether it's nursing, exercising, losing baby weight, or getting small kids through a public space without incident. At first, there is so much mystery and not a little envy or even resentment. For a while, the world splits into the easy babies and "sensitive" babies — those who seem to sleep and those who do not; those who grow fast and those who grow slowly. But for me, this doesn't fully answer the main question of why we judge, and why so many random folks feel comfortable judging your kids.

I judge parents' choices less now that I am a parent. I see that there is a lot more variety to children. I see that each parent interacts with kids differently. Each relationship is unique and more complicated than one parenting style can satisfy. The toolkit? You need a giant one to be a parent. Also, I give people passes because I know what it's like to parent while tired, or stressed, or just hungry. And I see kids — my own and other people's — as individuals, not something to push around or control. I have a more nuanced and life-like picture of the kid-world reality. At least, I hope I do.

Lately it occurred to me that we judge other parents not out of insecurity or class competition, but because, as parents, we are always being judged and feeling judged. Judgment is the side-eye, the harmless commentary, the critical commentary — even some of the innocent compliments feel like judgment. They're distracting, are shocking, and cause you to doubt. What exactly am I doing again?

Pregnancy is by far the worst, and most frequent, time to be judged. You're a woman and now your appearance and weight and "health" are game for public discussion. When I asked women about feeling judged, many responded with stories of pregnancy. But everyone had a story. One woman's mother told her her kid wouldn't have fallen down the stairs if she had been watching her son properly. One was refused a cup of coffee at Dunkin' Donuts for ordering while pregnant. Another was refused a tuna sandwich at Subway (though, she said, she got the sandwich in the end). Another said that when she got too swollen to wear her wedding ring while pregnant, people gave her dirty looks for shopping while pregnant without a ring. Another was at a cafe with her baby when a woman said to her, "I hope you are going to order something healthy for that baby." Another said that people regularly tell her that her two daughters are underdressed for the weather in San Francisco, where it can be cold, yes, but you're not going to die if you forget your sweatshirt.

How do you respond to feeling judged? Some of us freeze. It can be so disarming that you're left without a comeback. Let's help each other out. What can you do to prepare yourself for the hits?

Here are a few phrases to test out on those who judge:

"You sure seem to know a lot about parenting. I wish I wasn't so ignorant and dumb."

"Kids are so easy to control, aren't they? They don't have any independent thoughts at all."

"Did you get an A in parenting?"

"Can I buy you a cookie for that helpful advice?"

"They say failure is the new success."

My other idea is to program a really loud, annoying crazy-clown laugh track on your phone, and hit that button when someone says something you can't believe you just heard. More likely, though, like most of us, you can smile and say, "Thanks. Thanks for that," and be on your way.

Hailey Bieber
No, Hailey Bieber Did Not Start the Brown Lip Liner and Gloss Trend
by Ariel Baker 8 hours ago