Bloggers and mother Mary Dell Harrington and Lisa Heffernan of Grown and Flown discuss the importance and benefits of pushing your kids to play team sports. 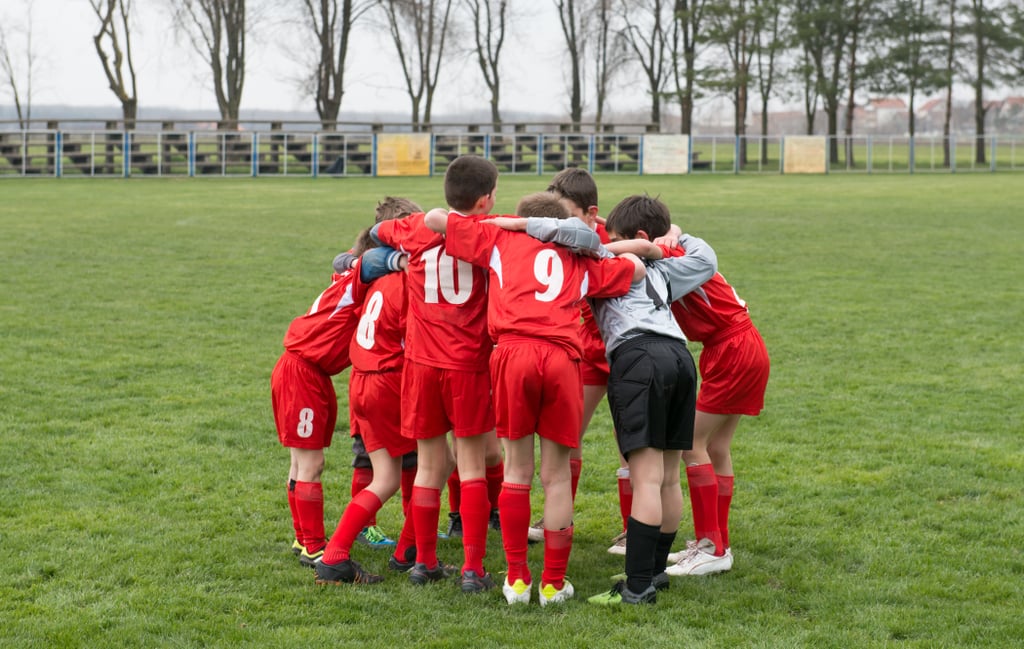 One of the great parenting quandaries is when to push our kids and when to back off. This issue surfaces in every aspect of their lives from academics to music lessons to team sports. For each child there is a different answer and for each family a different story, but on the issue of sports, there seem to be a few universal truths.

Sports loom large in our world and while there are many insidious aspects to this, the value of sports, particularly team sports, in a child's life cannot be overstated.

One of the good things about sports is that many bad things will happen. Games will be lost. Injuries incurred. Your child might be benched, demoted, or not perform up to his/her abilities. Your child might hate his coach and feel that he is incapable or unfair. And all of this will be good. Responding, adapting and dealing with all of this will be the solid foundation upon which his later life will rest.

But kids sometimes want to quit. The practices can get tedious and time-consuming and the work involved can feel like all too much. We have been there. As moms raising four boys and one girl between our families we have been through this many times. All five kids have participated in team sports in middle school and high school, and four of them in college.

All five kids have had rough days or weeks or months. When they were younger we pushed them to stay with their sports over their protestations, knowing what was to come. The sport our children selected did not matter, neither did the level of play. The benefits accrued from just being on a team. We come down hard on the side of team sports and of making our kids stick it out, and here is why:

Teenagers get into trouble and extra time on their hands doesn't help. Teens who have practices, games, team dinners and fitness sessions have less time for mischief. A study in the Archives of Pediatric and Adolescent Medicine showed, "A survey of more than 14,000 teenagers found that those who participated in team sports were less likely to use drugs, smoke, have sex, carry weapons or have unhealthy eating habits."

Teams broaden a kid's social world and research shows team athletes are happier than kids who do not participate. This study showed that among middle school teens who participated in team sports, "boys were five times more likely, and girls 30 times more likely, to describe their health as fair/poor when they were not playing on a sports team."

Being part of something larger than yourself and working toward a common goal is always good, always. Teams succeed and fail together and the value of group effort is reinforced every day.

Beginning in middle school, cliques and mean girls can be social minefields. Boys can splinter apart into groups with well-defined lines. Sports teams cut across social divides pulling together kid's from disparate groups on campus and increasing the number of kids your child comes to know. Being part of a team gives kids a sense of belonging.

5. Parents on the Sidelines

As kids gets older, they naturally develop their own lives and there will be fewer ways for parents to be involved; the sidelines are not a bad spot. Even teens who seemed determined to shut their parents out, tolerate mom and dad attending their games.

Teams set goals and thrive through cooperation, discipline and commitment. Parents can lecture all they want, but words only do so much. Sports is one of the best places for kids to learn the importance of practice and determination. In team sports there is the added element of teammates depending on you for participation and performance.

Getting good at something, as good as your kid can be, through perseverance and repetitive hard work is one of life's lessons. It is hard to teach in the abstract.

Athletics encourages strong, healthy bodies. Kids who compete know that they are only at their best of they are well fed and well rested. Alcohol and drugs impede performance and every athlete knows that. In sports, strength and speed, rather than skinniness or other distorted body image, is desirable. Team sports help kids better avoid obesity problems even better than activities like running or biking, according to recent research.

A new study, conducted by Kevin Kniffin, a behavioral science professor at Cornell University, shows that kids who played team sports in high school make better employees. They are looked upon more favorably by job interviewers, whether or not the interviewer was an athlete.

Sports teams are the stuff of lifetime memories. The triumphs and defeats of a sporting season stay with us long after the season is over. Our kids may one day forget who was in their English class or which math teacher they had in 10th grade. But their team . . . that they will never forget.

Running
For the First Time Ever, People Will Run the Boston Marathon Remotely Due to COVID-19
by Samantha Brodsky 3 days ago

Father's Day
My Dad Told Me to Make the Most of Life, and I Do My Best to Do So Every Day
by Jada Welch 5 days ago