Blogger and mother Amber Bobnar of WonderBaby.org describes how her community has been supportive in the growth of her son Ivan who suffers from a rare retinal disorder known as LCA. 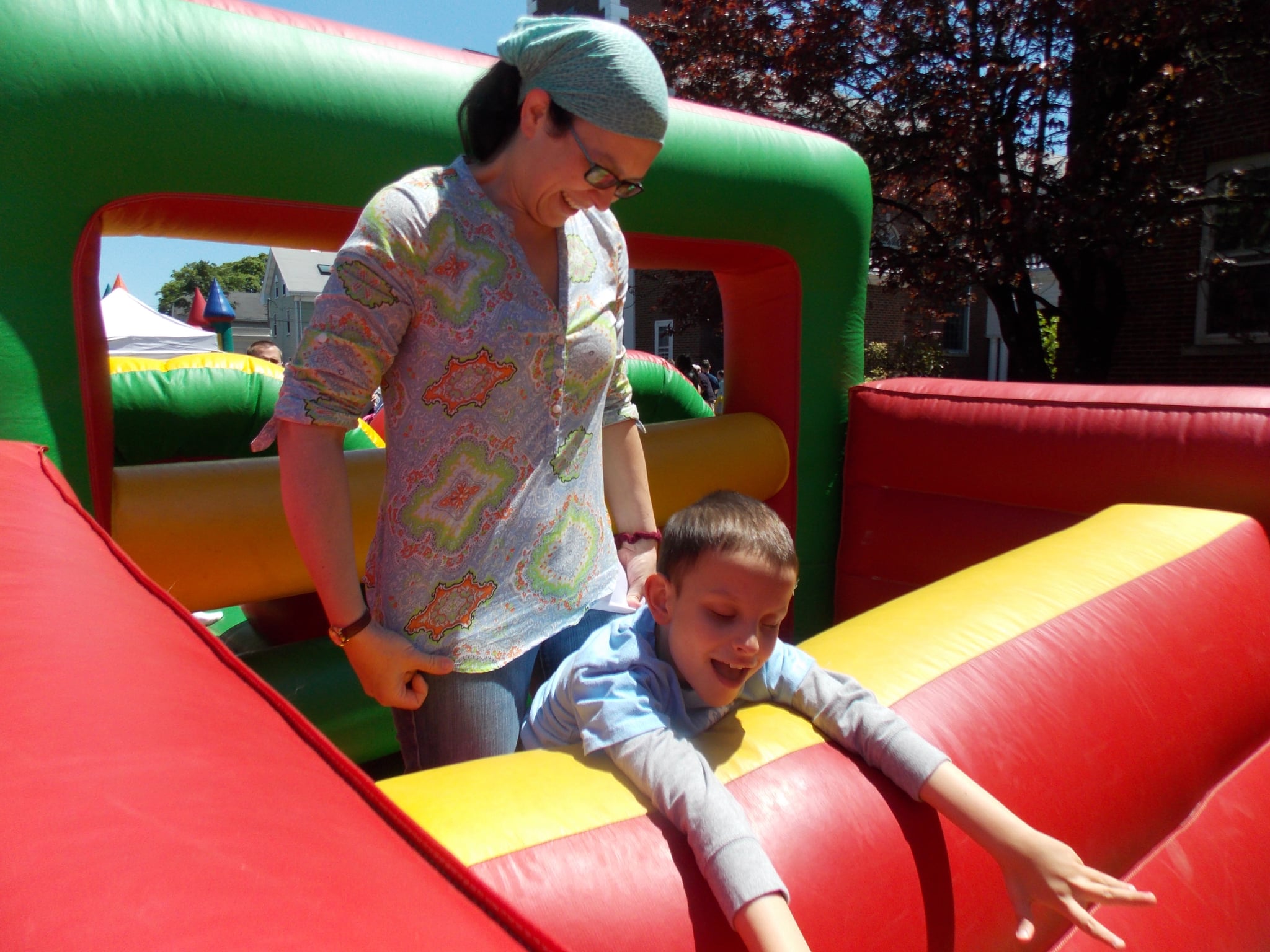 A couple years ago we took Ivan to his very first parade. The parade route was just a couple blocks away from our house, so the walk there was easy, and of course, if he hated it, we could make an easy escape, too!

One of the churches on the main parade street had set up a free carnival on their front lawn: snow cones, face painting, and a HUGE inflated obstacle course. There were two entrances to the obstacle course and the idea was that two kids would race to see who got to the end first.

It was one of those moments. It looked like so much fun, and Ivan could hear the kids laughing. He wanted to join in so badly, but with his low muscle tone, could he really do an obstacle course?

Well, no, probably not, but I decided to take him through anyway. I figured with lots of assistance from me he could make it! Obviously we wouldn't be racing any of the other kids — our goal was to just make it to the end.

I'm not going to lie. It was hard! But Ivan was having a great time (and couldn't really get hurt because everything was so soft), so we just rolled and crawled our way through it. There were places where he had to squeeze between large inflated pillars and other spots where he had to climb over large inflated bolsters. He fell a lot and he was laughing the entire time!

I started to realize that we were taking a long time and probably holding up the other kids who wanted to race. I felt bad, but Ivan was having so much fun, so I didn't want to make him move faster or take him out. Then we got to the middle of the course where the whole thing opened up, and I saw that a huge crowd had gathered to watch us.

My heart sank. I felt awful — they are all angry and want us to get out! I was so focused on Ivan that I didn't notice at first . . . everyone was actually cheering him on!

I almost started crying, and we kept going.

Then we hit the WALL! It was an almost vertical wall with footholds and a rope. No way Ivan could do that or that I could carry him up. But at the top of that wall was the slide — the perfect finale to any obstacle course. How could I get Ivan to the slide?

Just then a woman jumped in and climbed the wall and reached out for Ivan's hands to help me get him up. She pulled, and I pushed, and Ivan got to the top! The last bit was the slide (again, almost vertical!), and down we went! Then he tumbled out onto the grass and was ecstatic! He did it!

And the crowed roared and cheered for him, and he looked like he had just won a marathon. It was adorable and moving and made me realize all over again why I love this town.

Then we had a snow cone, and there was a parade. It was wonderful.