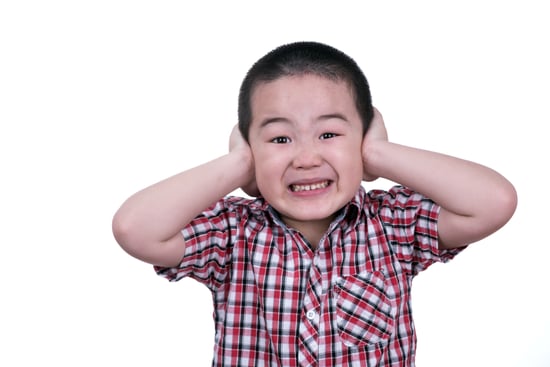 When I read posts on the site, I notice a common thread running through the questions moms post about setting limits with their children. Over and over again, moms want to know why what they're doing isn't working.

A battle of wills, normal as it is, is one of the hardest things a parent and child deal with. Most parents believe that the battle is the child's fault. But when I look at a battle of wills, I see two sides, each one valid yet destined to collide with the other. Let me explain.

What Is the Danger Zone?

Suppose you read about a parenting tip you want to try. It resonates with you because it's gentle and firm at the same time. Halfway through using the new technique, your child's behavior seems to be getting worse. You wonder what could be making her react, especially since the method is calmer and more peaceful than the yelling she's used to. You begin to wonder if the method is failing and think about giving up.

The reason your child is reacting is because she wants the "old normal" to prevail. You know, the way it was yesterday and the day before, even though the old way involved yelling and punishing. To her, the old normal was familiar. You, on the other hand, are reaching for the "new normal," the way you want things to be from now on. Those two opposing points of view collide, creating the battle of wills.

The reason your child feels so uncomfortable is because you're so calm. When parents yell, children tend to retreat emotionally in order to withstand the yelling. The yelling prevents your child from feeling how firm you really are because she's busy protecting herself from the intensity of it. When you remove the yelling, your firmness takes center stage, and that's powerful. Feeling your authority and the unmovable boundary causes her to feel unsettled and throw everything she has into a battle of wills, hoping to make things return to what she perceives as normal.

Hanging in There Pays Off

You have to push past the feeling of wanting to give up or you'll have to begin the method again at another time and endure the entire battle of wills all over again. You need to hang in there and remain calm so you can show your child that this is the way things are going to be from now on. If you lose your temper, or things get really out of hand, then stop, remember the danger zone, and begin again.

You can be supportive too. Tell her you know she doesn't like the new rule, but this is the way it's going to be. Invite her to sit on your lap or give her a hug, if she'll allow you to. Doing that helps her feel safe enough to make the shift to the new way of doing things.

So the next time you find yourself knee-deep in a battle of wills and you want to give up because you think the method is failing, know that you're in the danger zone, the middle of the process, and hang in there just a little while longer in order to create change.