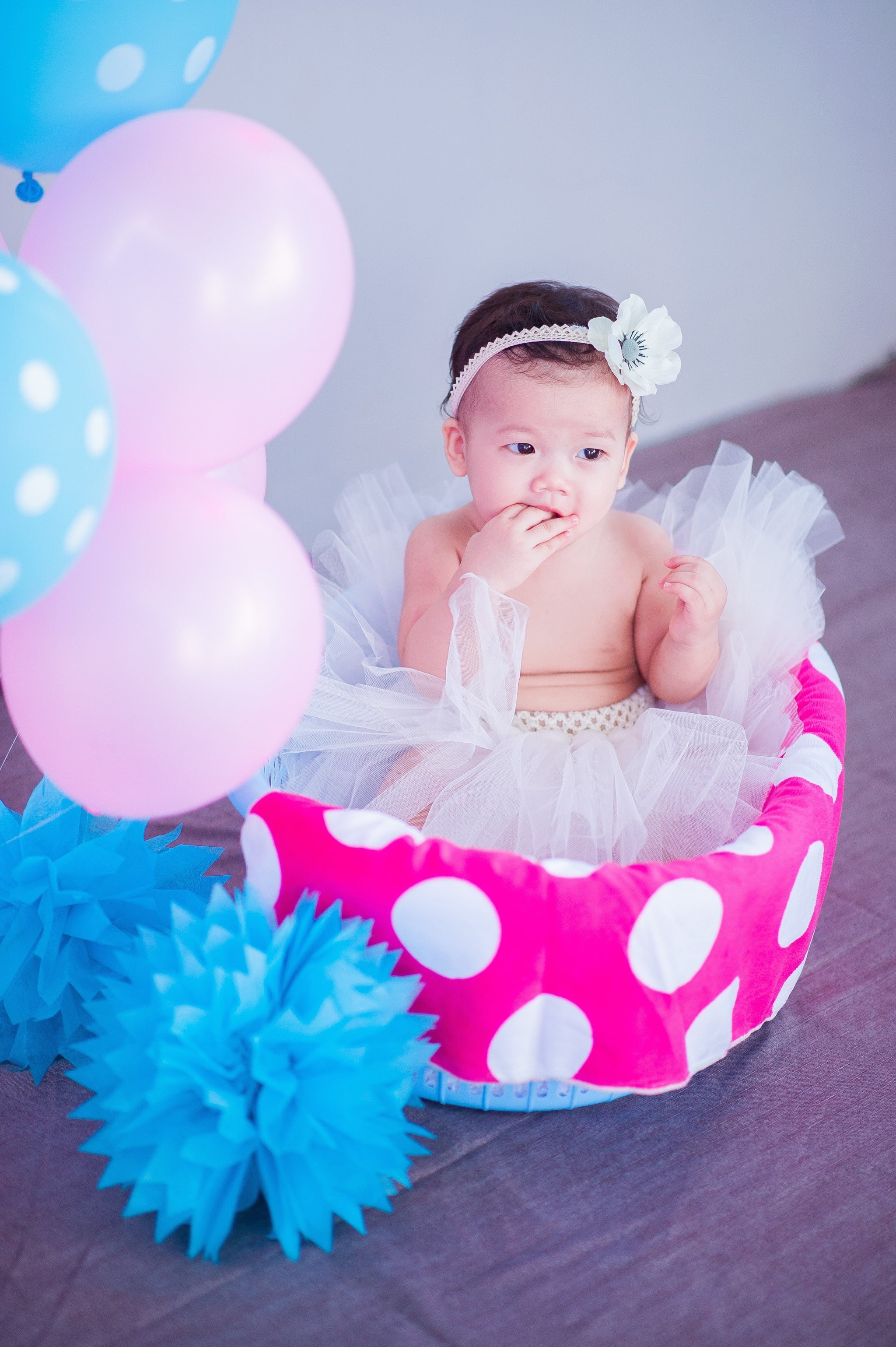 When it came time to plan my first baby's first birthday party, I went all out. I paid $40 for a custom, giant Elmo cake and decked out our kitchen with themed balloons and streamers until it looked like Sesame Street exploded in there. We invited all our family from far away as well as friends and neighbors over to the house to celebrate our daughter's big day. My mother-in-law brought a huge piñata. The gift table was out of control. It was a first birthday party to end all first birthday parties.

Was I disappointed that we hadn't given her a big first birthday party? Did I feel like I had cheated her out of her first birthday right? Not one bit.

And, yeah. My daughter had no clue what was going on or that the party was even about her. She cried hysterically when I brought out her cake and refused to go anywhere near it. After refilling drinks and serving lunch and cake to our guests, I felt exhausted halfway through the party and regretted having made such a big deal for a child who was too young to get anything out of the event. I couldn't wait for everyone to leave so I could spend quiet, quality time with the birthday girl.

Related:
Why I'm Going to Celebrate My Daughter on Her Younger Brother's First Birthday

When it came time to celebrate my second child's first birthday, I nixed the idea of a party altogether. Instead, we got a cupcake from the grocery store, and just our family watched our new toddler ignore it. We sang the happy birthday song and got her some modest gifts, because frankly, she already had everything. And that was it.

Was I disappointed that we hadn't given her a big first birthday party? Did I feel like I had cheated her out of her first birthday right? Not one bit. I actually felt relieved. Because let's face it — she didn't know the difference. And it was still a special day. In fact, it was far better than my first daughter's had been.

Related:
20 Travel-Inspired Birthday Party Ideas That Will Take Your Kid Around the World in 1 Day

The thing is, my second child's birthday was much less about how much of a spectacle I could create for other people to be impressed by and more about what was reasonable for her age. She will enjoy decorations and mountains of gifts far more when she's older. For a 1-year-old, trying frosting for the first time and getting kisses and attention from her family are what's most meaningful.

And trust me, I understand that a first birthday party is a big deal for many parents and families. I was consumed by it with my firstborn. I also know that it can be a really great excuse to get friends and family together. But I also know that you shouldn't feel pressured to plan a big bash. If you'd rather save money and your sanity, keep those over-the-top parties for when your little one can actually remember and appreciate them. Otherwise, ask yourself why you're even doing it!