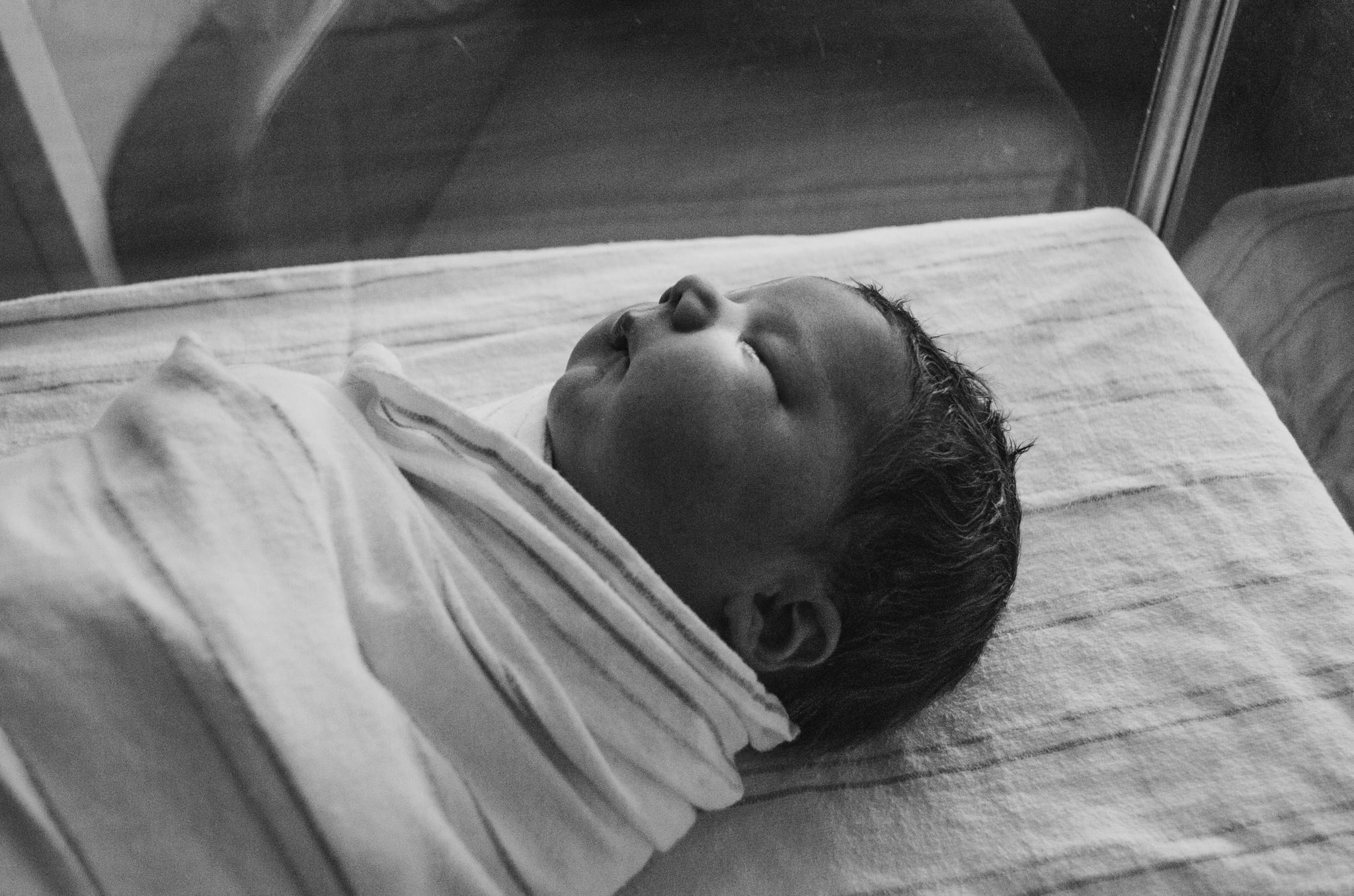 Tina and Benjamin Gibson, a couple from Tennessee, wanted a baby more than anything in the world. But due to Benjamin's cystic fibrosis, which can cause infertility, they were unable to conceive naturally. After fostering several children, the pair got some interesting intel from Tina's dad. He brought up something called "embryo adoption," where doctors implant a fertilized, donated embryo into a woman's uterus. After doing some hard thinking on the subject, the couple agreed to give it a go.

Fast forward to Nov. 25, 2017, when Tina gave birth to a healthy baby girl, Emma Wren Gibson — who was conceived using a 24-year-old embryo. Emma broke a world record before even opening her eyes: she was the longest known frozen human embryo to result in a successful birth.

The embryo was originally frozen on Oct. 14, 1992, and although Tina and Benjamin were surprised by the age of the embryo at first, at the end of the day, all they wanted was to be parents. Tina, who's 26, told CNN, said that she wasn't aiming to set a record of any kind. "I just wanted a baby. I don't care if it's a world record or not."

The embryo was thawed on March 13, 2017 by Carol Sommerfelt, an embryology lab director at the National Embryo Donation Center. She explained how big of a deal it is to have an embryo this old survive the thawing process, let alone birth, saying it's "pretty exciting considering how long the embryos had been frozen." The oldest known frozen embryo to be birthed successfully before Emma was 20 years old.

Emma's parents are over the moon with excitement: "We're just so thankful and blessed. She's a precious Christmas gift from the Lord," Tina said. "We're just so grateful."