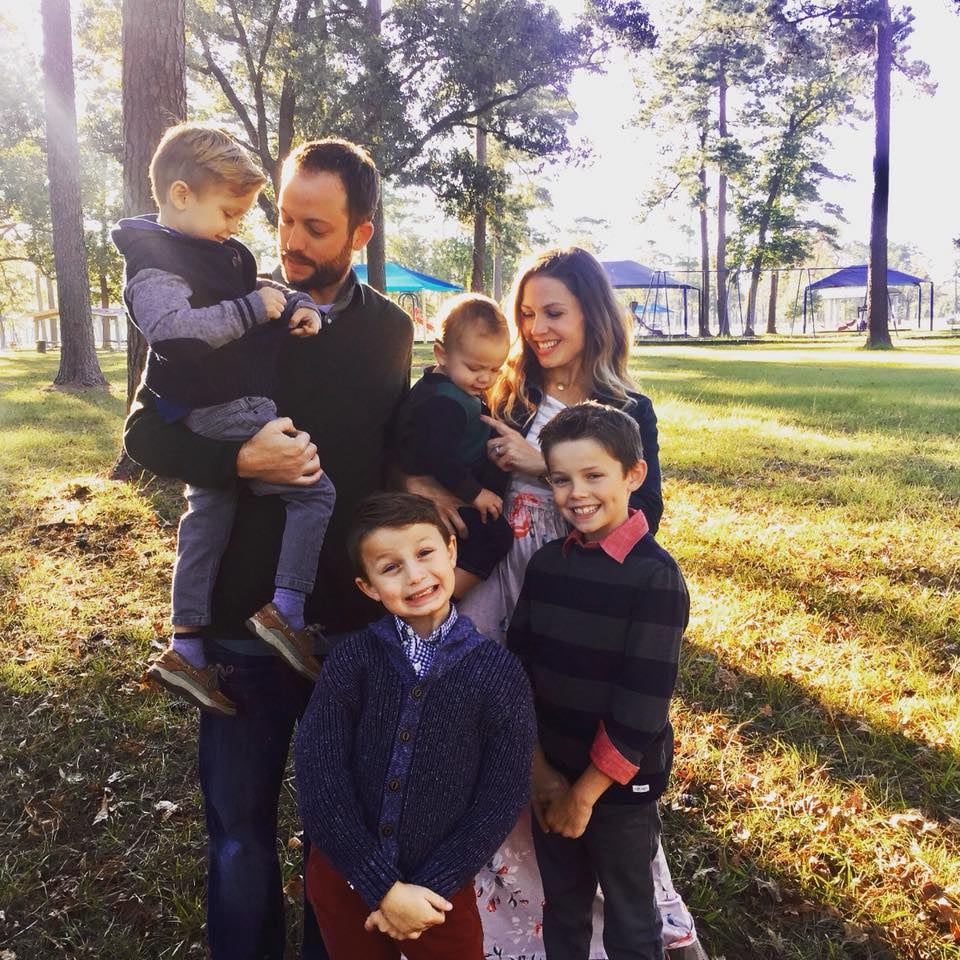 Quinn Kelly, a blogger at Sanctification and Spitup and mother of four boys from Texas, admitted in an honest Facebook post that despite wearing many hats day-in and day-out, being a mother is by far her most important job, no questions asked.

She explained that she came to the revelation after one of her friends told her, "'You can't just be a mom. There has to be more to you than that.'" And while the mama definitely knows rearing four boys is no easy task, she also admits there are a lot more layers to her than "just" being a mom.

"I smiled back at her knowing what she was trying to say — basically that we have to have other roles outside of being 'just' a mom. But in my heart, I felt an internal dissonance toward that statement as she said it," she wrote, "because in my heart of hearts, I know that from the depth of my being I was called to be a mom. And being a mom isn't a 'just' for me. Instead, it just happens to be my highest earthly calling next to my faith and marriage."

She went on to explain that motherhood can't simply be reduced to a single, one-word title. After all, having children means you have a whole lot of smaller roles that aren't acknowledged nearly enough.

"And yes, of course, there will always be other parts of me. Other parts of me that I love. Other parts of me that are important. And make me, me. I am a daughter. A sister. A therapist and a friend. I am a speaker. A writer. And a thinker. I am a sentiment. A decorator. A leader. And at other times a sit back and follow someone else's organization too. I am a music lover. A poet. An organizer and a mover," she said, adding, "My list could go on and on. Because I am called to many things, I know. But my favorite calling is mom."

Related:
The 1 Thing I Wish I'd Known Before I Became a SAHM

And although Quinn's still hellbent on reaching some of the professional goals she's set out for herself, she's confident that raising her kids will be fulfilling enough when all is said and done:

Sometimes society whispers that being a mom is important but not the most important. It screams to women to break past the barriers and show the world what women are meant to be. And I can't help but think that if I accomplished every professional goal I've ever set for myself — and I have many dreams in my heart — that when I look back at my children, I will still feel they were IT for me.

You see, they aren't just the side dish that I'm making until the main dish comes along. They are the main dish. My favorite dish. And one that adds flavor to every area of my life and heart.

Honestly, Quinn wouldn't trade her title anything in the world. "My children are not just a phase. A fluke. A rite of passage to become old and wise. No, they are my favorite and most precious calling. And I will never be ashamed to say that if I had to pick one role in life — I am proud to be 'just' a mom."