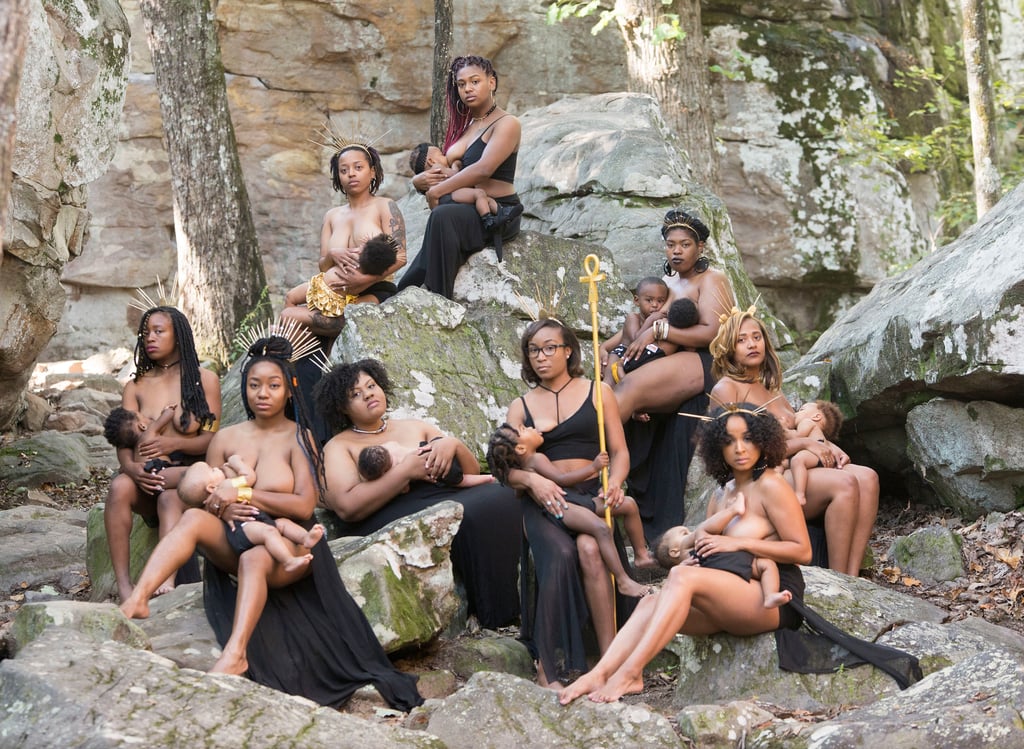 Angela Warren, a mother and member of the Facebook group Chocolate Milk Mommies of Birmingham, wanted to raise awareness and support for women of color who want to breastfeed their babies, so she went above and beyond by staging a series of pictures that feature mamas feeding their little ones in the great outdoors.

Local photographer and founder of H & C Inc. Lakisha Cohill got in on the action by shooting the breathtaking photo series, which captures the natural beauty of breastfeeding. Lakisha told POPSUGAR how important rallying behind black mothers is and explained how and why the choice to breastfeed should be left up to the mom:

"Being a part of this movement has been life-changing. I didn't breastfeed due to lack of knowledge and support. These amazing women have convinced me why it's so important to nurse your children naturally and have created a community specifically to give knowledge and support to moms who breastfeed. Each of these women represents a [rewritten] chapter of the story of our history. For as long as I can remember, women (particularly women of color) have been given a script on what they should or shouldn't be doing, so we decided to drop the original script and create our stories based off who we are [and] not who we're told to be."

The group's end goal is to normalize breastfeeding and make a woman's choice to decide how she feeds her baby a bigger part of the conversation. "I'd like people to see a beautiful bond between women and their children. This [photo shoot] is a statement saying that black women do breastfeed despite being encouraged not to. [We wanted] to show a positive image of black women supporting one another and being powerful, strong goddesses despite the negative ways we have been stereotyped by the world."

Related:
This Dad's Reaction to His Wife Giving Birth Is Honestly One For the Books
Previous Next Start Slideshow
BabiesPhotographyNewbornBreastfeedingMotherhoodBlack JoyRace And Culture