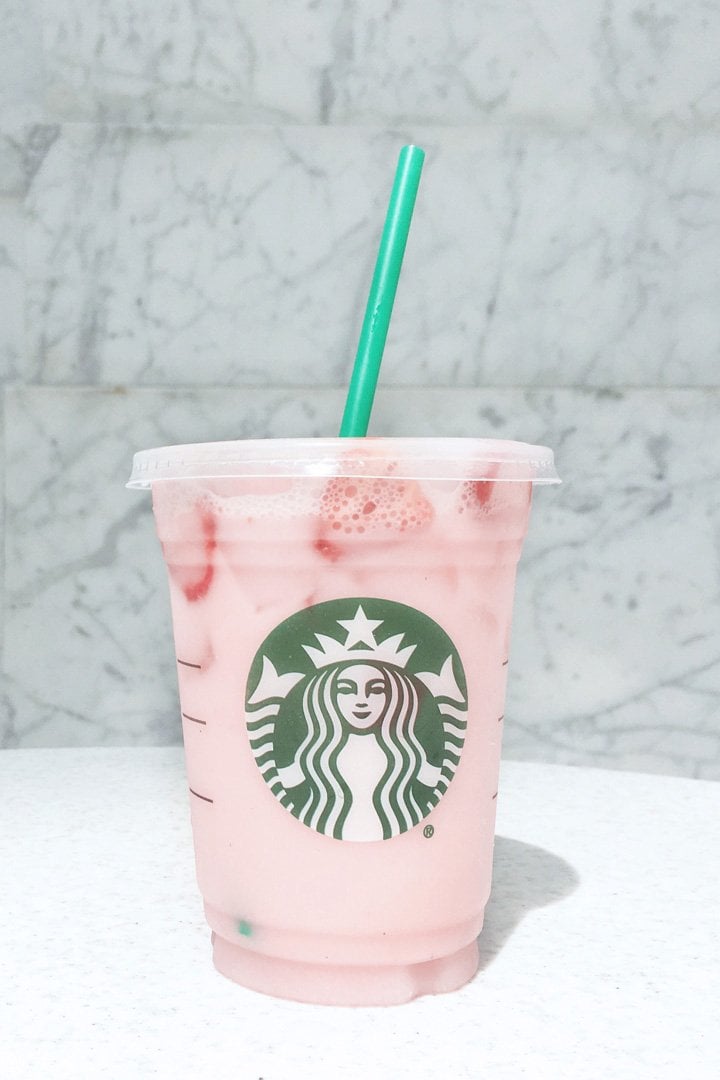 Breastfeeding struggles can be all too real for new moms, but the popular "Pink Drink" from Starbucks has more than a few singing its praises thanks to its alleged milk supply benefits. According to LifeHacker, women are leaving very convincing testimonials about how Starbucks's Pink Drink — which tastes like pink starbursts in a cup — helps boost the amount of breast milk they can produce for their little ones.

"My milk was literally spraying for almost a minute and that has never happened before," one woman told the publication, revealing that her daughter "got choked up" due to the excess milk. Another mom says the drink has caused her to produce so much breast milk that she's running out of space in her freezer to store it all. Yeah, it's that intense.

Related:
The 1 Ice Cream Flavor That Might Help Boost Your Breast Milk Supply

But before you think about trying the Pink Drink for yourself, you should know what it includes and why it may be helping some moms with their breast milk supply. As Lifehacker points out, the Starbucks Pink Drink has coconut milk in it, which contains electrolytes that help to produce breast milk.

This doesn't necessarily mean that if you drink the Pink Drink it'll have the same effect it has had on other moms, though. New moms can also consider other options that are proven to stimulate breast milk, including eating foods that have brewer's yeast or milled flaxseed and drinking a cup of Mother's Milk Tea.