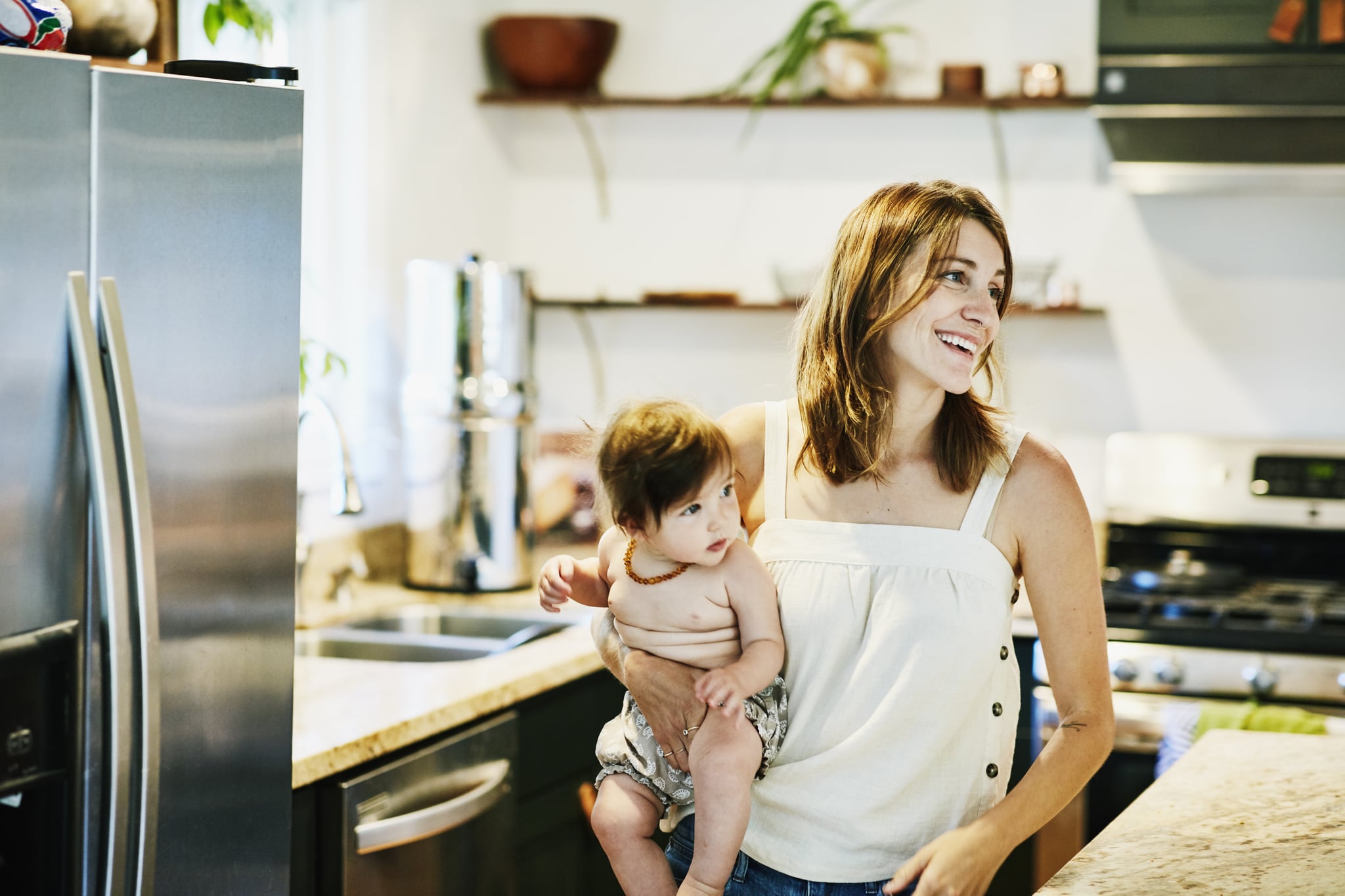 It's funny how when you have a baby, certain phases can feel like they last a lifetime — especially if, say, you're not sleeping. But the funny thing is how quickly you forget other phases — because you're actually cycling through them so fast. This was brought to my attention recently, in the same moment that a friend delivered the most revelatory parenting advice I've heard in my first year of being a parent.

She had just told me that her toddler was having a hard time adjusting to his new school, but she said she wasn't too worried, because of the "two-week rule." "Two-week rule?" I asked, sure that as a new mom, this was one of those things all other moms knew that I had no inkling about. "Yeah," she said, explaining she'd heard it from one of our mutual friends when her kid was just a baby: "If you don't like what your kid is doing, wait two weeks."

The idea is that most anxiety-inducing issues with your kids, particularly babies — those that come on quick, anyway — generally resolve themselves just as quickly. Within two weeks, to be a little more precise . . . hence the two-week rule.

Related:
I'm a Mom of 3, and I've Finally Realized the Best Thing New Moms Can Do For Themselves

I started to think about all of my 8-month-old's most hair-pulling-outest moments in her time on earth. That time she wouldn't sleep because she had just learned to roll but couldn't roll herself back to her preferred sleeping position. That time she wanted to eat twice overnight instead of just once, like she had been (the most annoying things are usually the things that affect your sleep). It was true: within two weeks, those things were no longer a thing. Maybe she moved on to some other equally vexing issue, but the two-week window does seem to be a weirdly accurate time frame.

The two-week rule is a reminder of the sense I shared initially: that everything in your baby's life happens so quickly. It's partially a relief, in that it reminds you that some of your most miserable parenting moments will be in the past sooner rather than later. It's also a reminder of how fleeting this time is and how much you need to enjoy even the annoying things — two weeks at a time.