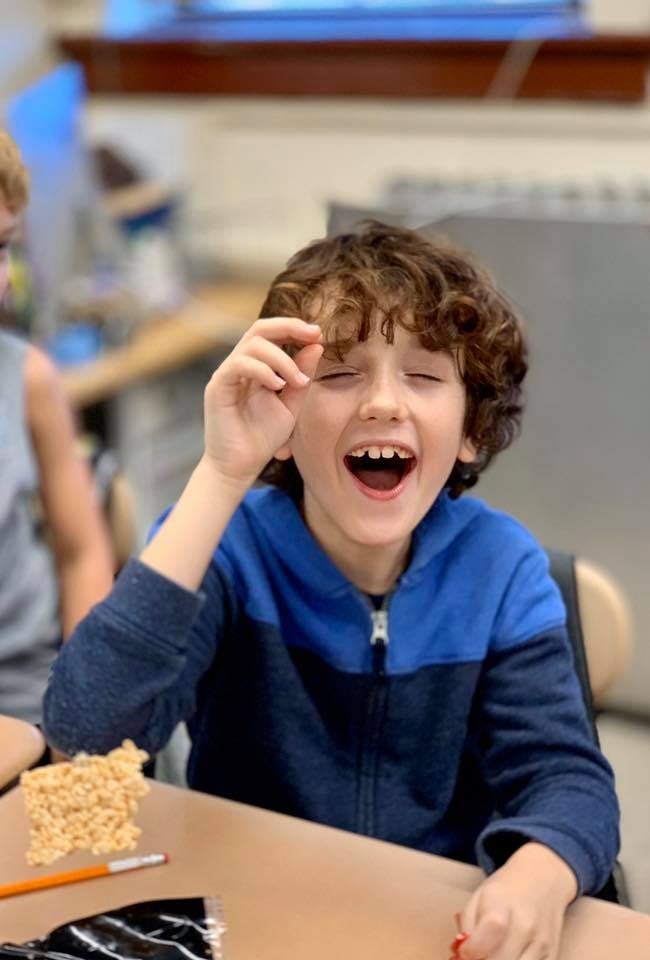 Father, blogger, and podcaster at Dad and Buried, Mike Julianelle, recently opened up about what it's like to parent a child who has ADHD — and he's not pretending like it's easy. Although Mike knows he's an attentive father, he detailed how sometimes his frustrations get the better of him when it comes to parenting his 9-year-old son.

"I'm not a very good parent. Especially when it comes to my 9-year-old," he wrote. "I'm sure I seem great online. I dress up for Halloween, we wrestle, I show him my favorite movies; we have fun. I do the hard stuff too, mornings, bedtime, etc. I'm involved, and participation and effort go a long way."

Related:
What This Dad Had to Do to Attend a Job Interview Proves How Difficult Parenting Can Be

Although Mike knows he's made tons of happy memories with his son, he admitted that sometimes he loses his cool. "I yell too much, I'm impatient, I get frustrated too easily. I got annoyed when he apes my behavior (my negativity, my sarcasm, my short fuse), and, because I'm a bad role model AND he's a lot like me, that happens often," he explained. "In some ways, he's NOT like me. And that's where I struggle the most."

In particular, Mike said that he often struggles with the fact that his son has been diagnosed with ADHD, which can make routine parenting duties — like helping with homework — frustrating at times.

"A few weeks ago I sat down to help him with his math homework and we both nearly ended up in tears. . . the full impact of his disorder hit me like a ton of bricks."

"He has ADHD, and to be perfectly blunt: I can't handle it. . . And I don't know how anyone does! God bless his teachers, because a few weeks ago I sat down to help him with his math homework and we both nearly ended up in tears," he wrote. "I NEVER cry. Ever. It's a flaw (probably?). But that night, trying to get through a mere eight math problems, I found myself wanting to. Not because of his behavior but because of mine. I know what ADHD does. It strips him of focus, it robs him of control over his emotions and reactions, it infuses him with anxiety. It's not his fault."

In that moment, Mike sympathized with his son. "Sitting there explaining fractions — at the end of a long day, when he was hungry, tired, and wishing he were watching TV or playing Minecraft — the full impact of his disorder hit me like a ton of bricks," he said. "Parenting takes an immense amount of patience in the best circumstances and parenting a kid in the throes of ADHD requires superhuman levels. My patience is SUBhuman. That's DEFINITELY a flaw."

Mike continued, explaining that in his mind he isn't great with his 9-year-old, but at least he's aware of his mistakes. "I do all the wrong things wrongly all the time. My wife tries to nudge me in the right direction and point out my mistakes, but I already know them all! I don't lack self-awareness. I just lack the ability to correct myself," he said. "Even when I know I'm making things worse, exacerbating the situation by applying discipline when he needs understanding or yelling when he needs space to calm down. Even when I know it's his ADHD that's acting up, not him."

At the end of the day, Mike knows that asking a child to manage a diagnosis like ADHD by themselves is a tall order, so he's going to try to manage his own expectations and reactions instead. "Managing an overactive brain is a lot to ask from a 9-year-old, and I'm making it even harder by failing to manage my own," he said. "But I'm trying. I'm aware of my shortcomings, and knowing IS half the battle. Hopefully I'll figure out the other half soon. For his sake."

Family Life
Is It Ever Safe to Show Your Kids' Faces on Social Media?
by Andi Breitowich 21 hours ago