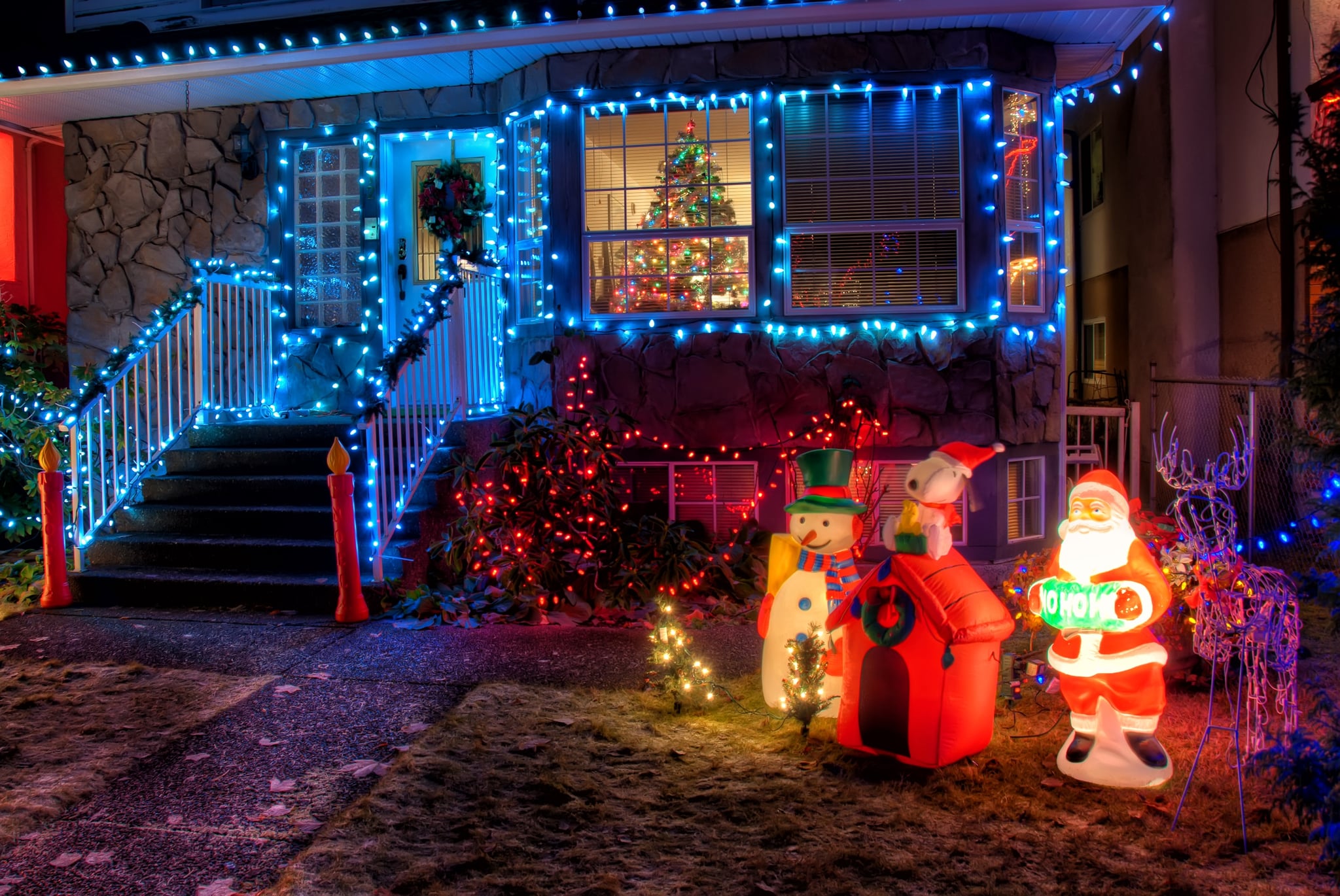 Perhaps the homeowners association of a neighborhood in San Antonio didn't get the memo that decorating for Christmas early can make you happier, because they are downright mad that a family already has their outdoor decorations up. What's more, they've demanded they take them down.

Claudia and Nick Simonis put up several well-lit holiday inflatables — including a reindeer, Grinch, and Santa hanging from a helicopter — in their front yard on Nov. 1 and were subsequently told it was too early for the holiday display.

Diamond Association Management & Consulting (DAMC) sent the family a letter on Nov. 4 to inform them of the violation.

"We're not going to do it. It's the Christmas spirit."

"Maintenance — Holiday Decorations Need To Be Removed," the notice read. Under a section labeled "inspector notes," DAMC asked the family to "please remove the snowman until closer to the holiday season." The letter gave no alternative date, and there is apparently nothing in the association's by-laws that give a time frame for holiday decor.

"I just found it crazy." Claudia told NBC affiliate WOAI. "Especially that they didn't give us a time. Like, when is the right time to put it?"

What's more, Claudia is eight months pregnant and purposefully arranged her exterior decor early while she was still physically able to. "Probably in two more weeks, I'm not going to be able to build all this."

Related:
I Decorate For Christmas Early, Because Why Wouldn't I?

The couple have no plans to take down the decorations. "We're not going to do it," said Nick. "It's the Christmas spirit."

And their neighbors seem to agree. Some even joined them with the early start to the decorating season in a show of solidarity.

"I don't think this should be an issue," said neighbor Charles Minton, who's already put some penguins and a large Merry Christmas ornament in his front yard. "These are the holidays. This is what we do. We take care of our neighbors. That's what a neighborhood is about."