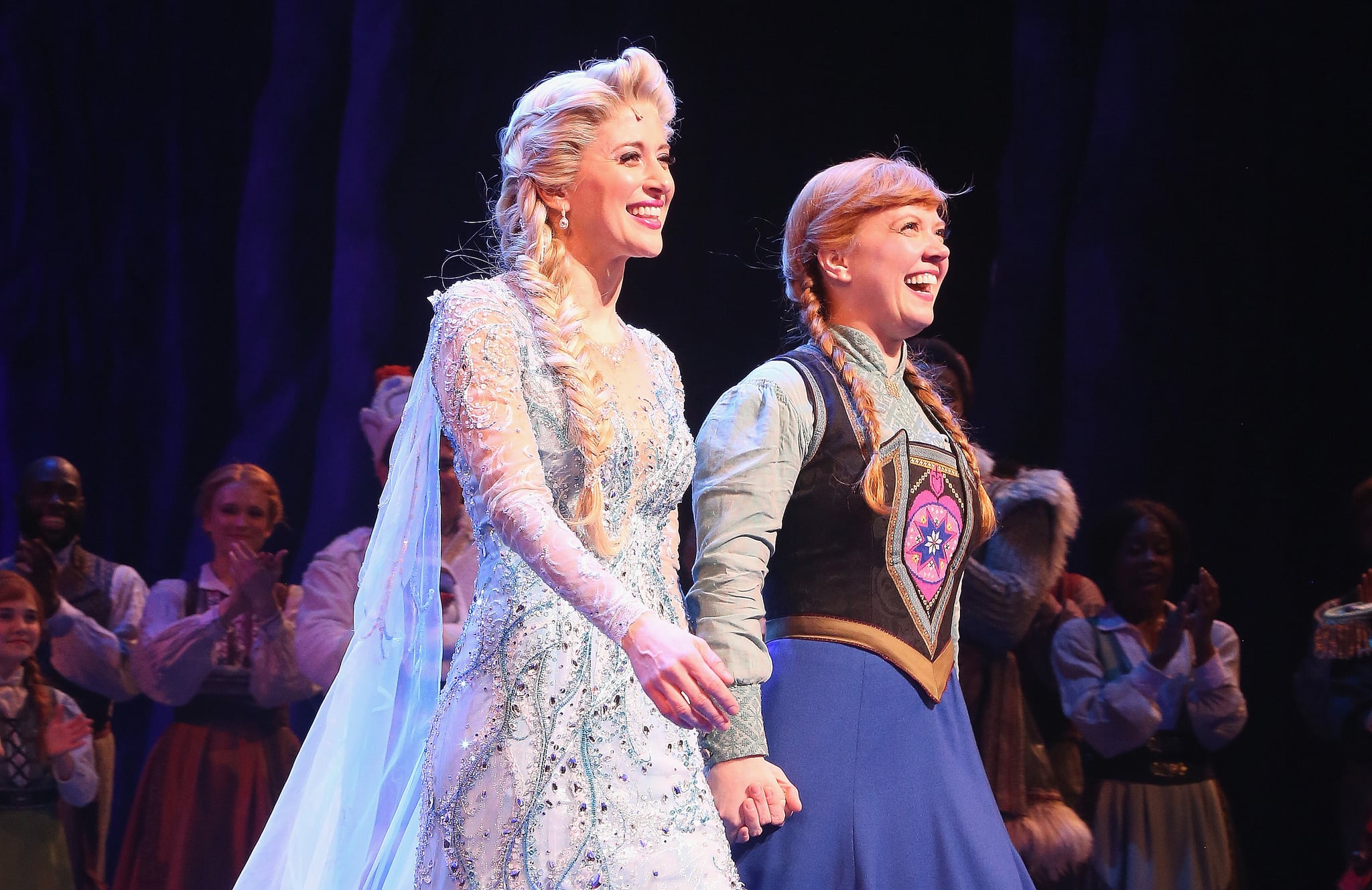 The curtains have closed on Disney's Frozen musical. On May 14, it was announced that the kid-friendly musical will not be returning to the stage upon Broadway's eventual reopening — making Frozen the first production to permanently close as a result of the ongoing coronavirus pandemic.

Since its official opening on March 22, 2018, Frozen has dazzled attendees at 825 performances. Though it wasn't apparent at the time, the musical's last Broadway performance took place on March 11. Fortunately, the national tour and planned international productions will still kick off when permissible, although certain elements will be changed to cut down on costs and waste.

In a press statement, Disney Theatrical Productions President and Producer Thomas Schumacher said, "When Frozen began its road to Broadway, two things were unimaginable: that we'd soon have five productions worldwide, and a global pandemic would so alter the world economy that running three Disney shows on Broadway would become untenable." Disney will still maintain a presence on Broadway with its stage adaptations of The Lion King and Aladdin, which are still slated to reopen.

Ghostbusters
The "Ghostbusters: Afterlife" Sequel Has a Release Date
by Njera Perkins 4 hours ago