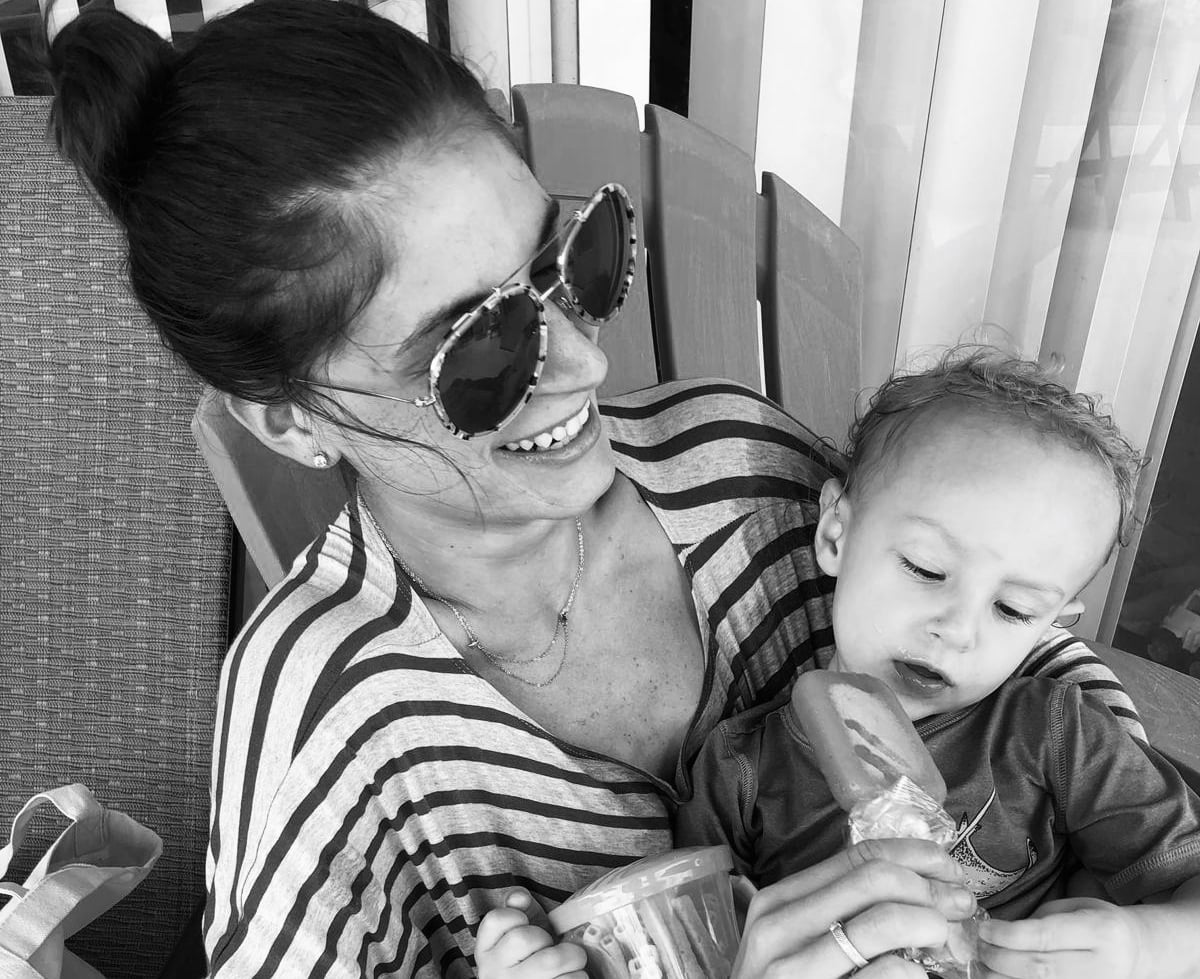 I can't say I ever intended on having a boy. In fact, being one of four girls, I was fully convinced I would have a daughter. I figured the odds were in my favor! That being said, I kept the gender a surprise during my entire pregnancy. I wanted to have something extra special to look forward to on the day I gave birth. So I patiently waited the longest 9 months to find out what my baby would be, and to my absolute surprise, it was a boy. I was excited because boys were so far and few in my family, but at the same time shocked and terrified, how could I raise a boy when I know so little about them?

As I embraced this new chapter with Sawyer, my son, I'll be honest and say the first few months were a breeze. Sawyer was such a chill baby. He slept all the time, nursed when needed and would let me get household chores done . . . until he was 6-months old. That's when Sawyer started crawling and my pseudo-freedom was over. Once Sawyer turned 9-months old he started the early stages of walking and at that point I couldn't leave him alone, even for a second. His activity levels started to increase while my energy levels decreased. I found myself buying into all those stereotypes I had heard about boys, while still trying to listen to my own motherly instinct.

"Boys Will Be Boys"

When it comes to activity levels, I've realized every child is different. One of my older sisters had her son at a young age, so by the time I was 16-years old I found myself helping out when my sister was at work. My nephew is quiet, independent, and a tad sensitive. When compared to my own ball of energy I was shocked. My son is as active and as energetic as they come. From the second he wakes up, it's like he's at full speed. There is no containing him and the word "no" does not register. In fact, his activity level is so high, a few months back I started taking him to see a therapist because I thought maybe for his age he was overly energetic. We found out that he did have a few sensory issues that we needed to work on. We've since seen progress, and I'm glad I listened to my gut.

"But, Boys Are Always Hyper"

As a parent you can't help but worry about your kids and you are constantly over thinking every move. It's important to surround yourself with friends and family who can offer advice, provide insight, or even just listen. I questioned my decision to bring him to a therapist. I wondered if I was reaching. But after talking to some of the friends I made on the Peanut app for moms, I've since realized that boys go through a lot of phases, and it just so happens that this toddler stage is so far the hardest. My girlfriends, who also had boys, helped me realize that my son is just your typical kid — one who has his own opinions, imagination, and personality. There is no right or wrong way to "be a boy."

"Boys Are Supposed to be Tough"

The most surprising thing (I found) about being a boy mom, is how he is so unexpectedly sweet and lovely. I've learned that having Sawyer means I will always have someone, other than my husband, looking out for me. Sawyer can be sensitive and has a strong sense of protection. My favorite time of day is around 4 pm after he's had his afternoon snack. We put on a show and he cuddles with me on the couch. There's something about him slowing down long enough to snuggle his mama that makes it feel so special. I cherish those moments because I know in a few years they won't come around as often. As exhausting as they are, they do make certain things easy for us moms, like feeling loved and cherished.

Jillian Sichenzia is a new mom and a member of Peanut, the app for modern moms to make new friends, chat, and be a part of a community of supportive, like-minded women. This content was created in partnership with Peanut.