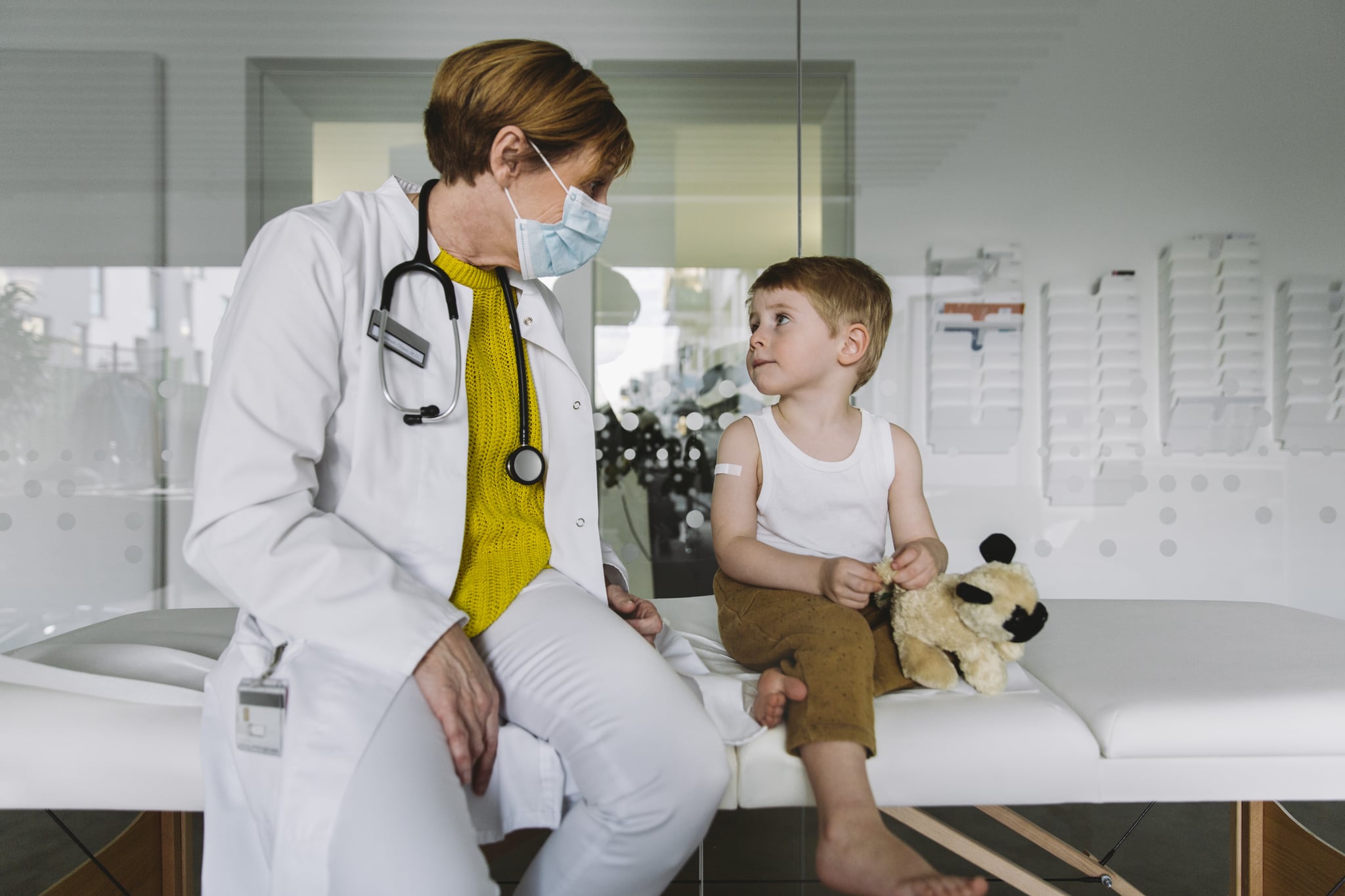 It wasn't supposed to happen this way. A nurse and I were crowded in a trailer, masks on, holding my toddler in place so she could administer a COVID-19 test at the CVS MinuteClinic in Rockwall, TX — despite the sign on the wall clearly directing patients to self-swab. My 3-year-old just wasn't having it. The supernice nurse quickly offered to help me give him the test, then helped me get into a pretzel-like position to keep his legs and arms from flailing. To say I was grateful for her help and kindness is an understatement . . . without it, there's no way he would have been able to get the test!

Although my son is little, he's had seasonal allergies his entire life. So when March rolled around and flowers started blooming, I knew the runny nose would soon follow. He takes over-the-counter allergy medicine during this time of year, so initially I wasn't worried. But when he started coughing throughout the day, I got nervous. We are in the middle of a global pandemic, and I wanted to make sure our family quarantined if he had somehow contracted COVID.

Making an appointment was easy. CVS offers the rapid testing option for kids as young as 3, so my husband and I simply filled out a questionnaire and made him an appointment for the next day. When we arrived, CVS texted us and told us to wait in the car. We were parked outside CVS, near the mobile unit that served as a testing site. After about 20 minutes, the nurse called us and asked one parent to come in with our child, both with masks on. Inside, she took our temperature through a small opening in the glass room divider and filled out some paperwork. My son was having a blast, walking around, talking to the nurse, asking a million questions. I told him he was going to have to take a test, but he didn't know what that meant.

She gave me the option to administer the swab myself or have her help. I was so relieved! I'm the type of person who faints at blood and has to look away when getting a shot, so I didn't know how I was going to hold him down and collect a sample. The nurse was going to do the hard part while I got to comfort and restrain my child.

When she came into our side of the room, the nurse asked me to sit on the chair and hold my son in my lap. She showed me how to put one of my legs over his legs and hold his arms tightly at his side so he wouldn't lash out. It reminded me of trying to blow his nose when he was younger. From there, she asked if he was ready, and I whispered in his ear, "As soon as we're done, we're going to get chicken nuggets for lunch!" He instantly went still, and the nurse put the swab in his nostril for a full 15 seconds. I was honestly shocked at how well he did! The nurse even commented, "You aren't 3 — you're taking this better than a grown-up." I was both proud and nervous, as we still had another side to do. It's like those puffs of air they blow in your eyes at the optometrist: after the shock of the first eye, it's almost impossible not to flinch at the second eye.

Sure enough, when she put the swab in his other nostril, he started squirming. His eyes were watering, and he started coughing. He said, "You're choking me." I could tell he was nervous, so I just kept praising him. "You're doing so good! It's almost over, and then you get nuggets!" It was the longest 15 seconds of my life. But, like a champ, he didn't scream, didn't fight, and didn't pull away. She got the sample, and we were done!

Two hours later — while my son was sleeping off a waffle-fries hangover — someone called to give me his results: he was negative, yay! The nurse on the phone asked how his test went, sounding surprised when I told her he mostly stayed calm through it all. According to her, my son's behavior was not the norm. I know I'm lucky with his brave little spirit and the negative result, and we're all going to keep wearing a mask and social distancing so we (hopefully!) don't have to get tested again, ever.

I'm so thankful that we have testing for toddlers, with results available in just a few hours. It went well for my family, but even if getting your 3-year-old tested turns out to be a tear-soaked, tantrum-filled disaster, it's still worth it to protect others from this deadly virus. I would do it again in a heartbeat, and my son is definitely getting the COVID vaccine when it's available for children. Thank you, science!