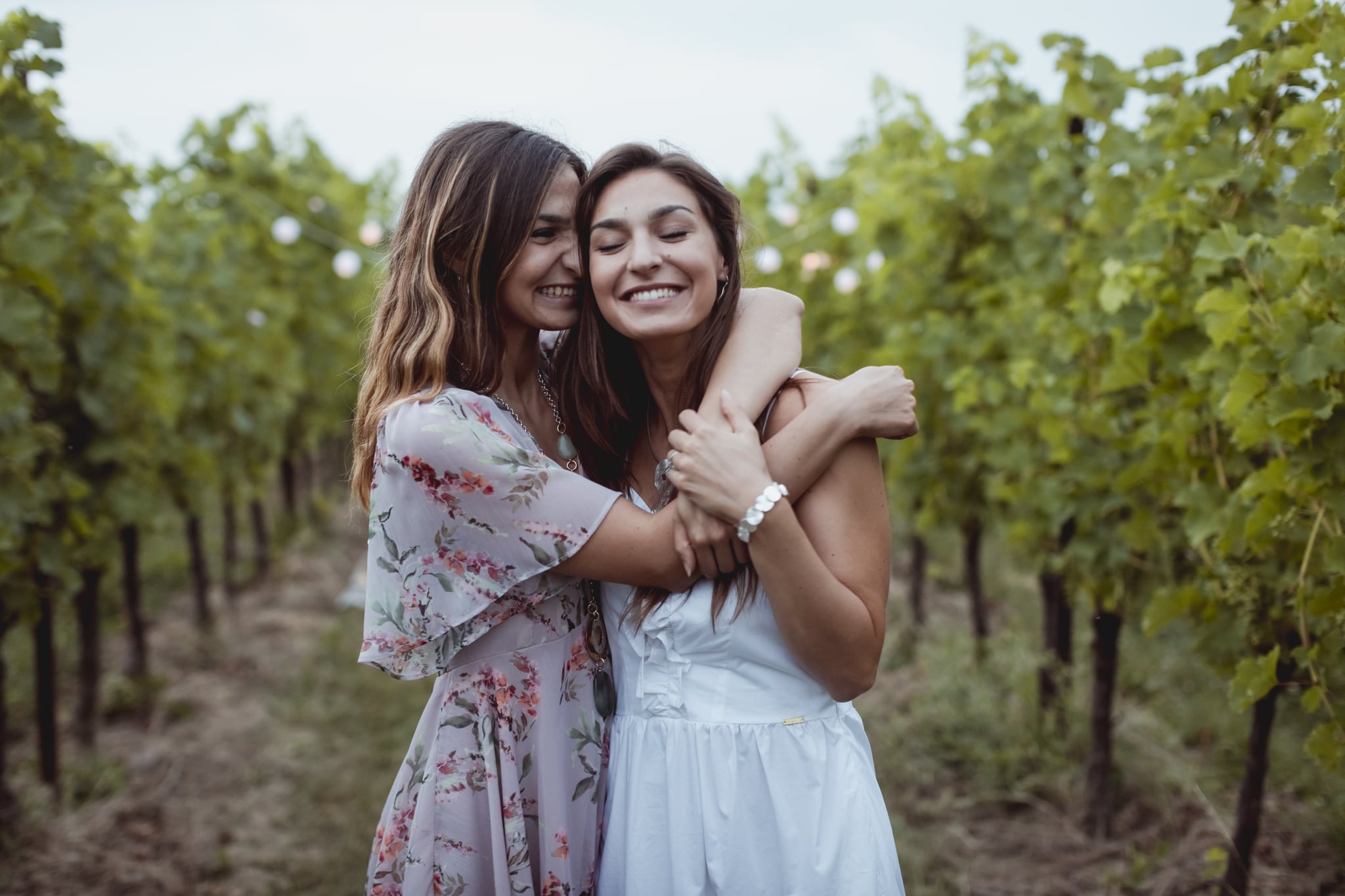 One of the first questions I asked my husband early in our courtship was if he had any siblings. A fairly generic query, I thought, much like where someone grew up and their favorite hobby. When he replied that he's an only child, I honestly didn't think much of it. "You probably received much nicer Christmas gifts," I casually joked.

As our relationship grew, we continued to share childhood anecdotes and formative experiences, getting to know a lifetime's worth of little moments that shaped who we each became. First crushes, first heartbreaks, how we spent snow days or our summer holidays, where our families went on vacation, the first time we dealt with a bully, and so on. Over time, I started to understand the elemental differences between a one-child vs. multichild household. Though I didn't realize it at the time, my relationship with my sister played a fundamental role in molding the person I am today.

Even during our teenage years, my sister (Marissa) and I were always super close, but that doesn't mean there weren't moments we wanted to rip each other's hair out. We would fight, throw bitter words like daggers, and slam our bedroom doors, but 20 minutes later, one of us would be knocking and asking if the other wanted to play. We wrote and filmed our own "movies" (on my dad's old VHS camcorder), created our own cookie recipes, and got in trouble together when we pushed the trampoline closer to the edge of the pool so we could jump into it. When the neighborhood bully began picking on me at the age of 7, my 3-year-old sister retrieved her plastic sword and demanded he never mess with me again as she whacked him with it.

Related:
20 Things Only Sisters Who Are Also Best Friends Understand

But the depth of our relationship extended far beyond childhood games. Even though I was four years older, my sister could always cheer me up after a breakup or fight with a friend, whether that came in the form of making brownies at 2 a.m. or watching and quoting our favorite Disney movies. I also learned the responsibility of looking after someone, as I spent every summer babysitting her once I turned 11. And because our dad was in the Air Force and we relocated every two or three years, she was one of the only constants in my life.

I know my husband also had a fulfilling childhood. He was super close to his parents and had friends over nearly anytime he wanted. He also grew up with ample alone time, and I laughed when he told me that. "Alone time? I had no idea what that even means!" I responded. But when I think about all the times I complained that Rissa wouldn't leave me alone, I'm so grateful she didn't.

My husband and I are still on the fence about whether we want to have children, but we agree that if we are lucky enough, we will have two. Because even as adults, my sister can still instantly cheer me up and will come to my defense at a moment's notice. And are there still times I want to rip out her hair? Hell yes, but I appreciate her more than I could ever put into words.