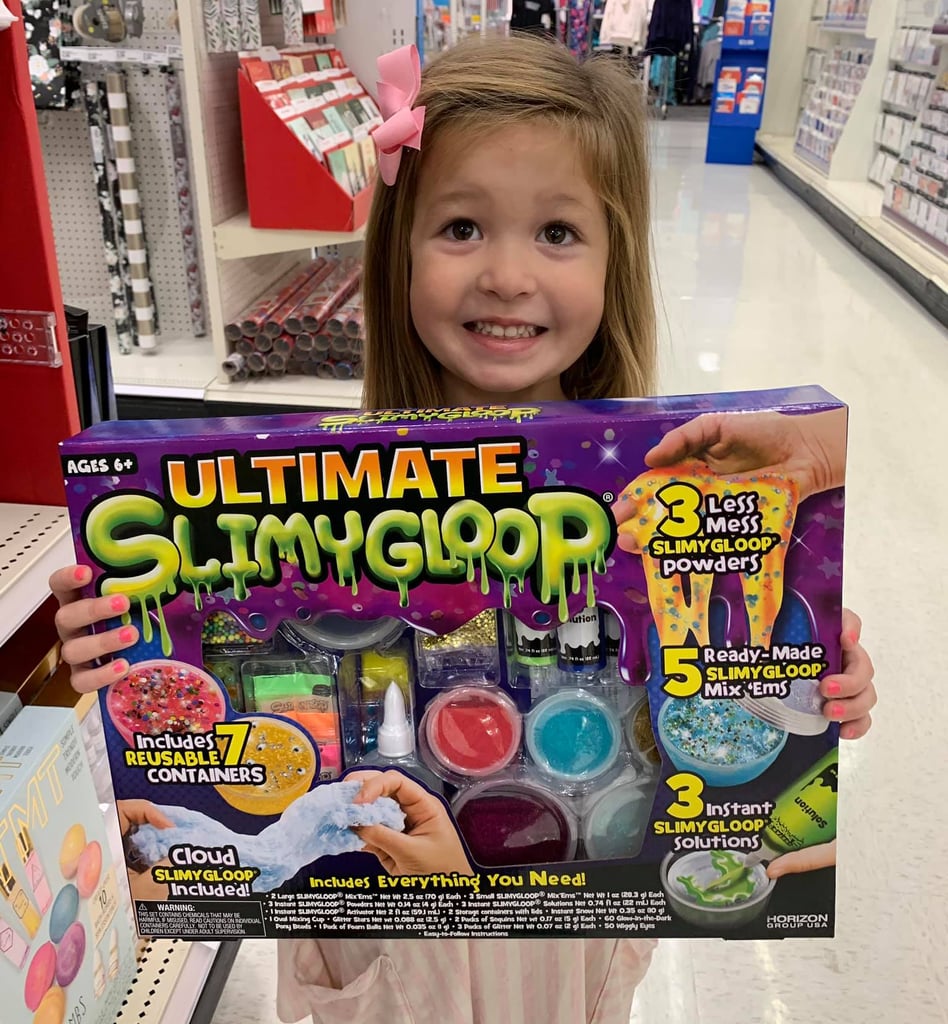 I Tried This Mom's Hack For Tantrum-Free Shopping With Kids During the Holidays, and It Actually Worked!

It's still known in my house as the "Elsa Incident" — an evening last year in which I took my normally well-mannered 4-year-old to run errands with me.

While zooming through the aisles at Target, we stopped in the shoe section because she needed new sandals. My daughter's vision zoomed in on a pair of Frozen-branded "Elsa shoes" that lit up and had an actual pony heel. She ogled over them and remarked at how beautiful they were. Eventually, she asked me to buy the shoes, but I told her no. She asked why and I matter-of-factly explained that we didn't need them right now and that I also didn't condone her wearing shoes with heels just yet. She persisted. The pleading turned to whining, and the whining turned to wailing, and let's just say I lost my temper, her shrieks could be heard way back in the garden section, and our pleasant shopping trip came to an abrupt stop.

Related:
10 Tips to Help You Survive Holiday Shopping With the Kids

After that incident, I avoided taking her shopping with me, which was a bummer because she otherwise made really good company. And although I had once looked forward to her helping me pick Christmas gifts for her cousins, this holiday season, I resigned myself to keep her away from any establishment with a toy aisle and a cash register.

Meanwhile, Kristina Watts — a complete stranger on the other side of the country — had gone through the same ordeal with her young daughter. Thankfully, fate stepped in when I happened to read a Facebook post she wrote, in which the savvy mom outlined a clever hack she used to avoid those shopping-related meltdowns.

"Our trips to the store used to be a lot more painful this time of year," Kristina wrote. "Toys are out in full force . . . and of course my kids WANT IT ALL. Obviously I would love to have sweet, well mannered, non-greedy, chill kids, that don't ask for all the things . . . but I don't."

After that incident, I avoided taking her shopping with me. And although I had once looked forward to her helping me pick Christmas gifts for her cousins, this holiday season, I resigned myself to keep her away from any establishment with a toy aisle and a cash register.

Preach, Kristina, preach. So, what does she recommend we do when our kids come across something shiny and new at Target or the grocery store or otherwise benign places like Office Depot or the post office or the gas station during the holidays?

"Pause for a second, comment on the thing they're pointing out, and say, 'Let's take a picture with it and send it to Santa so he knows you want it!'"

She added: "Magically, Emmie smiles, says cheese, asks to see the picture, then PUTS THE TOY DOWN AND WALKS AWAY. It's magical. No tears. No tantrums (by either of us). And she forgets about all of them within minutes."

Related:
The 5-Second Parenting Hack I Use to Diffuse a Tantrum Just As It's About to Happen

Kristina noted that her self-proclaimed "parenting hack" has stopped many meltdowns, adding that you can say you're sending the picture to Santa, a grandma, an aunt, or "whoever it is you can pawn it off on." It can be different every time.

Still, I figured I'd test her theory. I took my daughter back to Target, and once I was a good way through my shopping list, I ventured into the fray of the toy section. With Frozen 2 merchandise out in full force, I figured there was no better way to see if this hack really worked.

The first thing she saw was a giant ride-along reindeer that she must have known was a luxury item not worth the ask, so she moved along quickly to an Olaf stuffed animal. "Can I have this? Please please pleeeease?" she said, as if on cue. Instead of my usual honest-yet-curt "no," I said: "It's really cute, isn't it? Because we aren't going to buy it, let's take a picture of it so we remember it!"

My daughter seemed confused, but she obliged. She held it up, and I took a photo of the doll. She didn't even ask to see it as she moved on. A few more encounters with toys and books and puzzles later, and my phone's camera roll was filling up.

Sure, there was some whining, but nothing that came even close to rivaling the Elsa Incident. What's more, because I didn't want my daughter — with her steel-trap mind for things she wants — to get any false hope or expectation, I chose not to employ Kristina's strategy of saying that I'd send the photo to someone like Santa or Daddy. (Though, she did pick out one or two things that I am certainly going to keep in mind when someone asks what to get her for Christmas — and now I even have a quick-and-easy photo to send them!)

Kristina said her kids forget all about the items they documented, and although my child did forget most of them, a few days later, she still asks to see the picture of Olaf and still mentions at bedtime how she really wants that strawberry-shaped puzzle. However, I can at least mitigate those moments in the comfort of my own home — rather than in the middle of a busy store. And, heck, if in a few weeks she is still pining over that puzzle, maybe it's worth getting after all.

The photos from our Target experiment were mostly blurry shots of the products themselves (my kiddo opted to take most of them herself – another helpful distraction!), so to get an idea of what this hack really looks like, check out the examples Kristina shared from her recent shopping trips with her adorable daughter.

Take a peek, and please do try this at home. Er, Target.