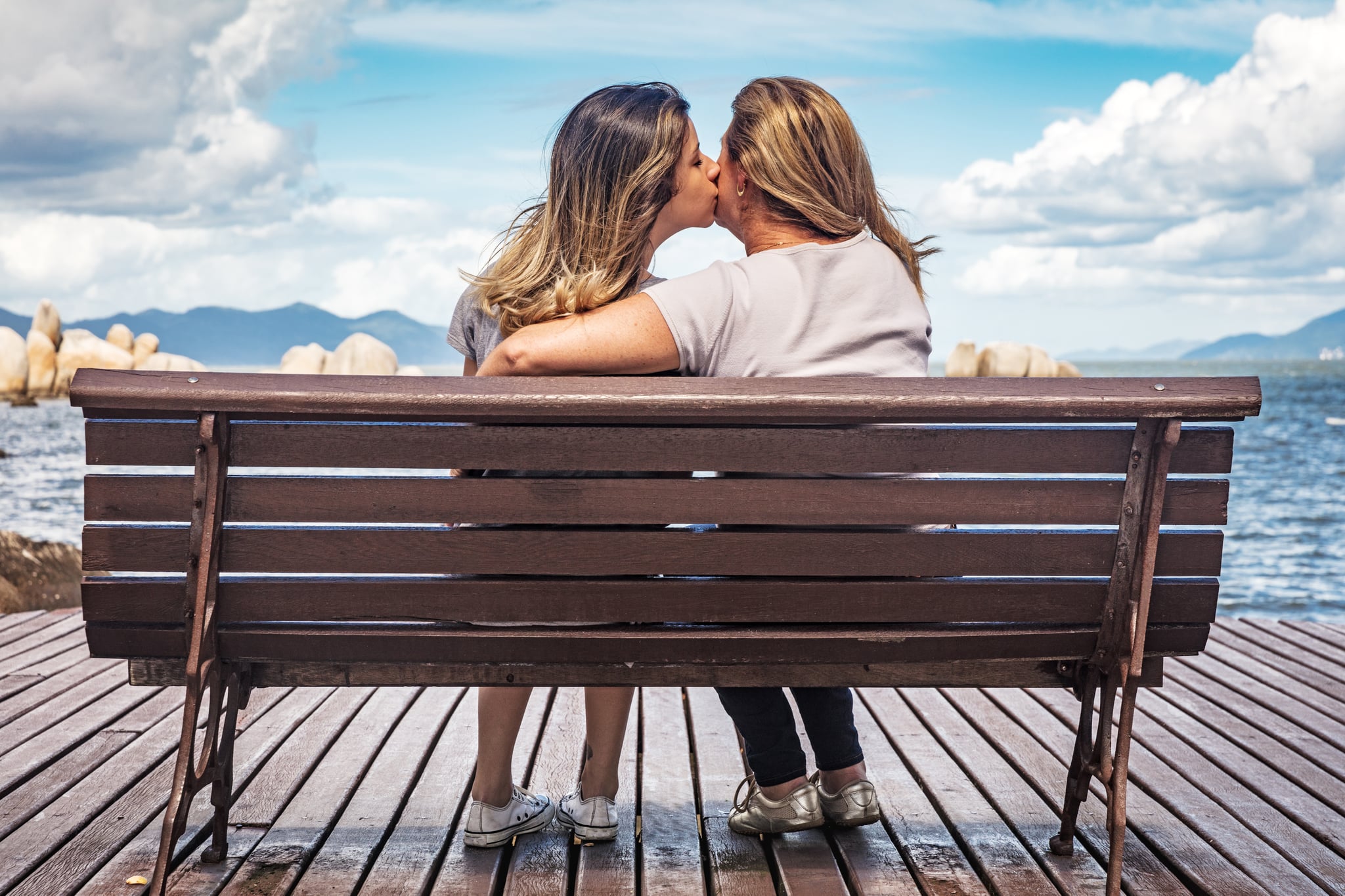 For my 15th birthday, I wanted a pair of dark red Doc Martins. I was in high school, and I suppose that the boots felt like an integral part of my teenage rebellion. They laced up past my ankle, and were two sizes too big for me. Over years of wearing them, the red leather warped to my feet and the soles scuffed with years of use. I wore them with jeans in the winter and sundresses in the summer. Three years later when I left for college, they were one of the first items in my bag.

My mother didn't resist when I asked for them like I thought she would. Instead she told me about how she used to change her shoes when she left her house for school in the morning, sneaking out of her house with a pair of men's boots smuggled in her bag. And the thing was, I never had to sneak the out of the house, she simply let me wear them. She prides herself on this, believing that her open mind to my shoe selection probably prevented a harsher rebellious phase. If it was between a tattoo and boots, my mother preferred the boots. In general, my relationship with my parents is good. I know that makes me incredibly lucky. My mother and I fight, of course we do, but our arguments tend to be surface level and out of concern. She is the person in my life who understands my weaknesses and my strengths, and she is also the person who's opinion of me matters the most. I think it's because we're similar people.

Related:
My Parents Helped Push Me Out of My Comfort Zone and It Changed My Life

In her 20s, my mother attended college, traveled through Europe for three months, and left her home in Canada for the Dominican Republic on what seemed like a whim. She told me that her choice to leave Canada was perhaps a bit sudden, but ultimately she has no regrets. She tells me about her family and her own mother and father, about dinner parties with college friends, about family vacations. When I turned 18 she took me to her childhood home in Canada, and we spent the day at the lake where she spent so many summers. She hints at her love life before my dad, and tells me about university and her travels. We sit and talk about what music she enjoyed and what concerts she attended. As I hear these stories, I see my mother as someone other than a mother for the first time in my life. I'm reminded that there were 20 years where my mother was a completely independent person from me, from my father even. I begin to unfurl her character, and to understand her, and subsequently myself, better. But I sometimes fear that no matter how much I hear from her about her life, no matter how many stories she tells me and how much time we spend together, that I will never understand her quite as well as she seems to know me.

I am turning 20 in two months. I left for college in California two years ago, leaving my mother under the guise of becoming my own person in California. Like many college students who grew up in suburbia under the watching eye of parental control, my freshman year was an exercise in doing everything I'd never been able to. I left home thinking that I would rarely go back. I was wrong. After a few months in college, I began to get homesick. This sadness manifested, and I began to mimic my mother. I started wearing her old jewelry and cut my hair like hers. I read the books she recommended and asked her to send me recipes. I made it my mission to learn French, like she did.

Our phone conversations became less about me and California, and more about her. This was and is how my love for my mother manifests itself. I am forever trying to learn more about the woman she was before me. I suppose I turned myself into her as a way with coping with being away from home. My mother, for so many years of my life, was a sign of stability and warmth, and being states apart from her I felt like my college lacked those qualities. I wanted to make a home, and to do that I felt I needed constant reminders of my mother.

I want to be like my mother because I look at her and see how sure of herself she is. I see how she is never stuck in a routine, how she never became a PTA mom because she didn't want to, how she moves through challenges and obstacles with an elegance and calm that I fear I'll never have. But I have her wit, and her style. I also share her tastes in food and drink in and traveling and culture. We both sometimes have the strong urge to pack away our entire lives and leave for Mexico or Spain or Paris. We aren't timid or demure. We like a clean house and a set table and good food and a home filled with people. We both sometimes need to be alone, because sometimes we find that people can be exhausting.

We don't tell each other everything, since she understands she doesn't need to know every detail. But she is the first one to read my articles. She is the first one I tell about job interviews and travel plans. And because she doesn't want to know everything, I feel comfortable telling her most things. She never one to pry, and neither am I. We accept the things we don't know about each other, and understand that there are parts of each other's lives that we will never know about, and that's all right. We aren't like sisters or best friends, nor do we want to be. She is my mother and I am her daughter and those lines will never blur. But when people tell us we seem more like friends than mother-daughter, I think they're seeing the fact that we're not on opposing sides. Her vision for my life and mine blend together, and we are a united front. So I don't mind so much when I hear we're exactly alike.