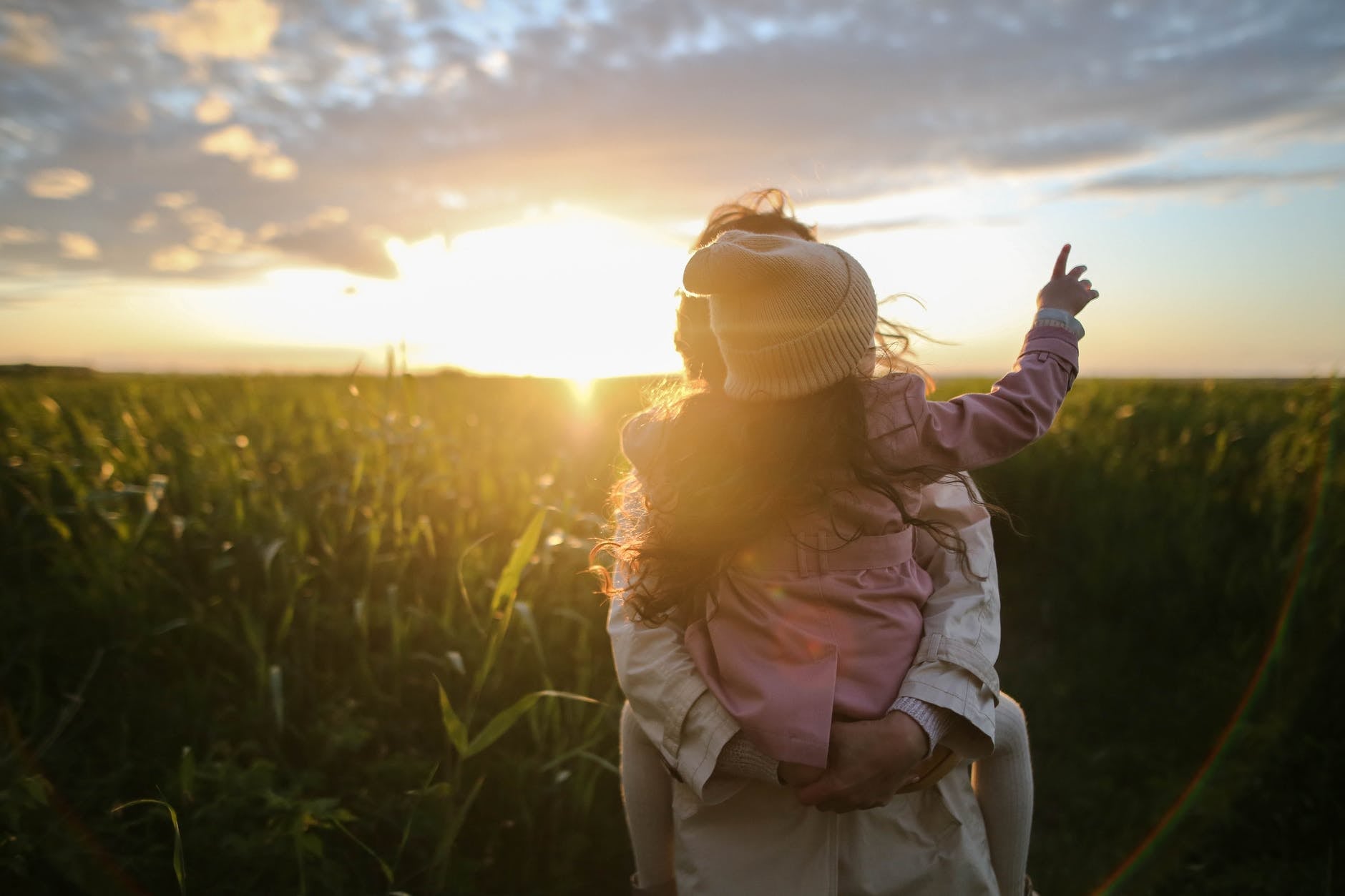 I often hear other moms in my circle say: "I lost myself when I became a mother." Hell, I've said it myself. I think it's something we say so often that we forget exactly what it means. Daily, mothers are brushed aside when they proclaim they've lost themselves, but when you're in the thick of it, unsure of where you go from here, it feels desperately lonely. Losing your identity isn't like losing your keys or misplacing your wallet. It's frightening. It's life altering. And while I am a woman who lost her identity in motherhood, I'd do it all over again. Because there's something magical that comes from finding the new you after your children are born.

When my second child was born, I decided to stay home. I was a full-time educator at that point, and the decision didn't come lightly. My mother was just diagnosed with cancer and with a new baby, it seemed like the time in my life where I needed to put myself on hold to care for others. At first, I relished in my new role. I tried my best to be the ideal stay-at-home mom — we did Pinterest crafts, went to story time, and joined a local moms' group. But while I continued to dive deeper into this new role, my identity became buried.

Sadness made its way into my heart. But another, more surprising feeling overcame me — fear. I felt the urge to do something, make a change for myself. I wanted to write, to go to graduate school again, to teach, or to start a new career all together. But I was paralyzed by fear. I was afraid of digging up the old me. I worried she wouldn't even be there. But what I didn't realize is I didn't have to dig her up. I could create a new and different me all together.

Related:
I May Be a Mom — but I'm Also So Much More

When you become a mother, you do lose a part of your old self. It's unavoidable. Your life changes, and so does your heart, and that's okay. Over time, I learned that part of the adventure of motherhood is the ability to redefine yourself. And after you do that, you'll realize just how lovely (though not easy) the journey is.

After I stopped letting fear control me, I started to break free. Folding tiny onesies and emptying the dishwasher began to break me — I desperately needed a break from mundane but necessary tasks. So I finally enrolled in grad school and my mind became invigorated again. My brain craved the challenge and I was surprised and delighted to see just how much I needed that.

I also began to dabble with writing. The idea of my words being published terrified me. But I listened to the tiny voice that told me to do it, the tiny voice that knew it was a good idea. I began submitting my work to publications and something wild happened; as people began reading my words about motherhood, they began reaching out to thank me for writing. My writing began helping other mothers. It felt like magic. By pushing my fear aside, I began to get reacquainted with myself again. And discovering the new me was like falling in love all over again . . . only better.

Today, both of my children are in school and I'm both a writer and writing instructor. I've dug up parts of me that I initially lost when becoming a mother and built some new parts as well. And I'm so happy with the new me I've found. If you're struggling with your identity as a new mom, please know that it happens to many mothers in some way or another. You're not alone. But while losing yourself in motherhood is common, it's still a big deal. Don't let anyone belittle that. Listen to your tiny voice — and instead of digging yourself out of a hole, you'll create a new identity that you never knew was in there.