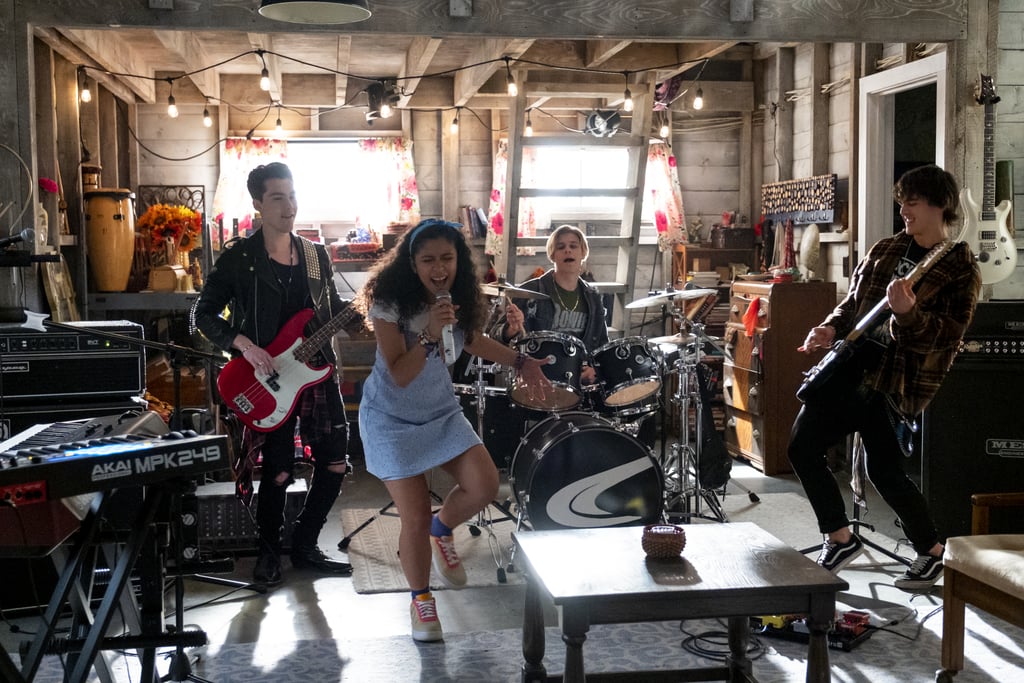 2. The music is incredible.

Let's be upfront about something: 2020 would be much more bearable with a brand-new musical TV show to binge. And fortunately, Netflix's delightful new series, Julie and the Phantoms, checks that box. Julie (Madison Reyes) — a teenager who recently lost her mom — finds her lost passion for music again thanks to the help of three ghosts from a '90s boy band: Luke (Charlie Gillespie), Alex (Owen Joyner), and Reggie (Jeremy Shada).

Based on Julie e os Fantasmas, a TV show that ran in Brazil from 2011 to 2012, the Netflix version is pretty much every parent's dream: it's cool enough to keep your tween or teen's attention, but appropriate enough that if your 6-year-old catches a few scenes, there isn't anything to worry about. And did we mention that it's absolutely hilarious?

Look for Julie and the Phantoms on Netflix beginning on Sept. 10! Read ahead to get a look at why your kids should queue up this new series and what parents should be aware of before pressing play.

Related:
Madagascar Got the Spinoff Treatment With a Series Featuring the Animal Characters as Kids!
Previous Next Start Slideshow
Tweens And TeensNetflixStreamingJulie And The PhantomsShould My Kid WatchKid TV And Movies

Stranger Things
You May Have Missed Suzie From "Stranger Things" in This Pivotal "PLL: Original Sin" Role
by Noelle Devoe 7 hours ago