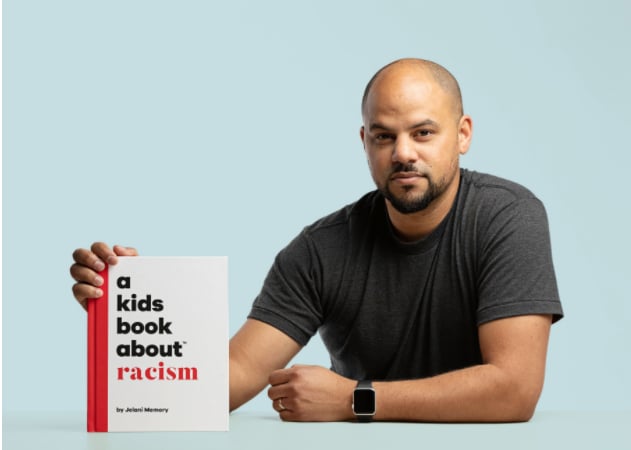 As a Black father with a blended family, Jelani Memory knew that conversations about racism would be an inevitable part of his six kids' lives — and not just because of the colors of their skin. Jelani has a strict philosophy for raising his children with "unwavering honesty." Always upfront with tough topics and desiring a tangible record of his experience in language his kids could understand, he first wrote a pictured book on racism just for himself and his family.

It wasn't until friends discovered his project and began asking for copies that he decided to cofound A Kids Book About, which publishes a wide library of simply designed, child-friendly books on all sorts of difficult topics, like anxiety, bullying, disabilities, shame, and, of course, race.

POPSUGAR spoke with Jelani on A Kids Book About Racism ($20), why it should be on every child's nightstand, and what parents — white parents, in particular — need to do long after they've finished reading it. 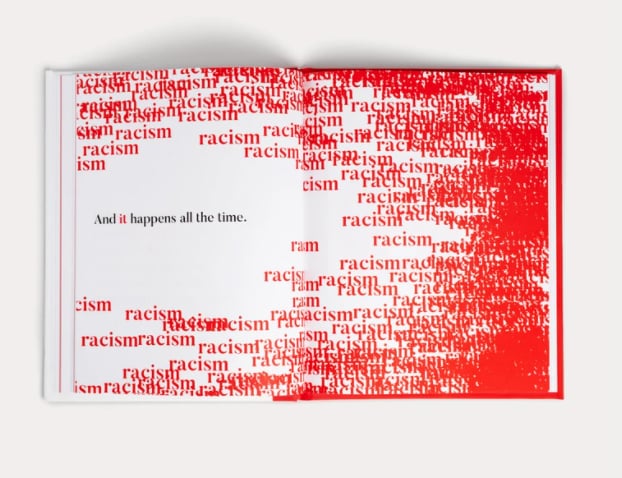 POPSUGAR: What inspired you to write this book?

Jelani Memory: I wrote it for my kids — two brown, four white. It started as just a personal project for them. We had already started the conversation around racism, but I thought the book would be a great way to keep it going. I never in a million years imagined anyone else reading it other than my family. But here we are today and I couldn't be happier that I've been able to share it with tens of thousands of kids and grown-ups.

PS: Why do you believe white parents struggle with race more than other "difficult" topics?

JM: I think white parents feel some implicit guilt when it comes to racism — that somehow if racism exists against people of color, that somehow makes them bad people. Not to mention it's an incredibly tough topic for anyone. I don't believe Black parents "enjoy" talking about it either. It's simply not an option.

PS: In light of the death of George Floyd and other tragic events that continue to take place throughout our nation, how should parents talk about real-life events in an age-appropriate way?

JM: I think at the youngest of ages — 3 and 4 — being specific isn't as important as giving them context and starting in on the "why" of what's happening. It's a great time to start in on racism. Getting a bit older — around 6, 7, and 8 — it's time to start being specific. They can handle more than you think. They might be heartbroken or sad, but isn't that exactly how they should feel? The more you try and keep them unaware of what's happening, the more you're increasing the risk of them not understanding it when they're older — thus becoming a part of the problem, not the solution.

PS: What do you say to parents afraid to approach the conversation for fear they'll mess up?

JM: Honestly, you will mess it up. But that's OK! Starting the conversation is far more important than getting it perfectly right. Also, it gets easier the more you talk about it. But you have to start to be able to talk about it at all. I'm a big fan of asking questions to your kiddo, too. They often have lots of thoughts about things, especially topics like racism. Listen, ask more questions, and try and give thoughtful answers.

PS: So many parents say they simply want to "shield" their kids or preserve their innocence. What's the consequence of avoiding these conversations in their early years?

JM: I fundamentally believe that parents who want to shield their kids from topics like racism have two things in common: one, they're likely too afraid or uncomfortable to talk about it, which may or may not be true of their kid. And, two, they're white. We as parents avoid conversations when they are uncomfortable to us, but it's easy to pin it on the kid when they haven't expressed any discomfort.

"We as parents avoid conversations when they are uncomfortable to us, but it's easy to pin it on the kid when they haven't expressed any discomfort."

And this is almost always a thing for white parents, not Black ones. It's because they have a choice about whether to talk about it or not. Black parents simply don't have the option. Their skin color and race is a constant fact of life as they navigate school, day care, work, driving, walking, and breathing. And the consequence of shielding your kid? You teach them not to see color, thus stripping away the identity of every person of color they meet. You also increase the likelihood that they will be the racist friend or kid in the class.

PS: Still, not all parents agree on when to broach these topics. What do you say to those whose partner isn't aligned with racism being a necessary topic to discuss now?

JM: This can be tough, but it just means double down on my advice to start the conversation. Even if that means starting it with your partner. I don't want to pretend like this is easy. But I'm not sure ignoring it and pretending like everything is fine is much better.

PS: What should you do if you think you missed the window in talking with your kids about race?

JM: There is no "too late." We weren't all parented perfectly. Starting is the key. No matter the age, no matter the circumstance. Have you ever wished you didn't get an apology, even if it came late? Probably not. It's the same with a conversation about racism.

PS: How do you make the race conversation a part of your daily life — versus an uncomfortable talk you only have when a terrible injustice takes place?

JM: First, if you're white, spend time around people of color. Your kids will bring it up! Second, take advantage of the moments that come up. Don't let them pass you by or save them for later. It will be uncomfortable the first few times.

PS: Your book is geared for ages 5 and up — how do you advise parents start this conversation with kids younger than that?

JM: Honestly, my book is still great for younger kids, but I also recommend just free-styling. Call out differences when you see them, so kids notice. This one is really tricky, and I'll understand parents' hesitation there. When I say "call out differences," I mean to point things out as it relates to race. It's just as appropriate to refer to the girl with the dark brown skin in the yellow dress as it is to say the white little boy in the blue shorts. This isn't making everything about race. This is about normalizing that race exists. The fear of talking about race has led some to essentially strip away its existence. That is color blindness at its core and is an incredibly belittling way to look at anyone, especially a person of color. So not noticing is not good, seriously.

Then teach them what to do with what they notice. And most importantly, do they notice their own race? That's a biggie for white kids. It's OK for them to recognize they are white just like it should be for kids of color to do the same.

PS: After kids read your book, what's the next best step for parents?

JM: Once the conversation starts, you'll notice that they help keep it going. Just don't stop talking about it! 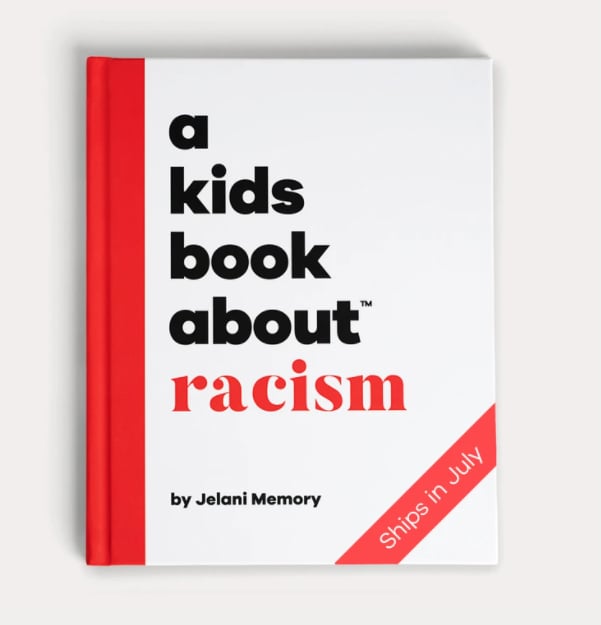