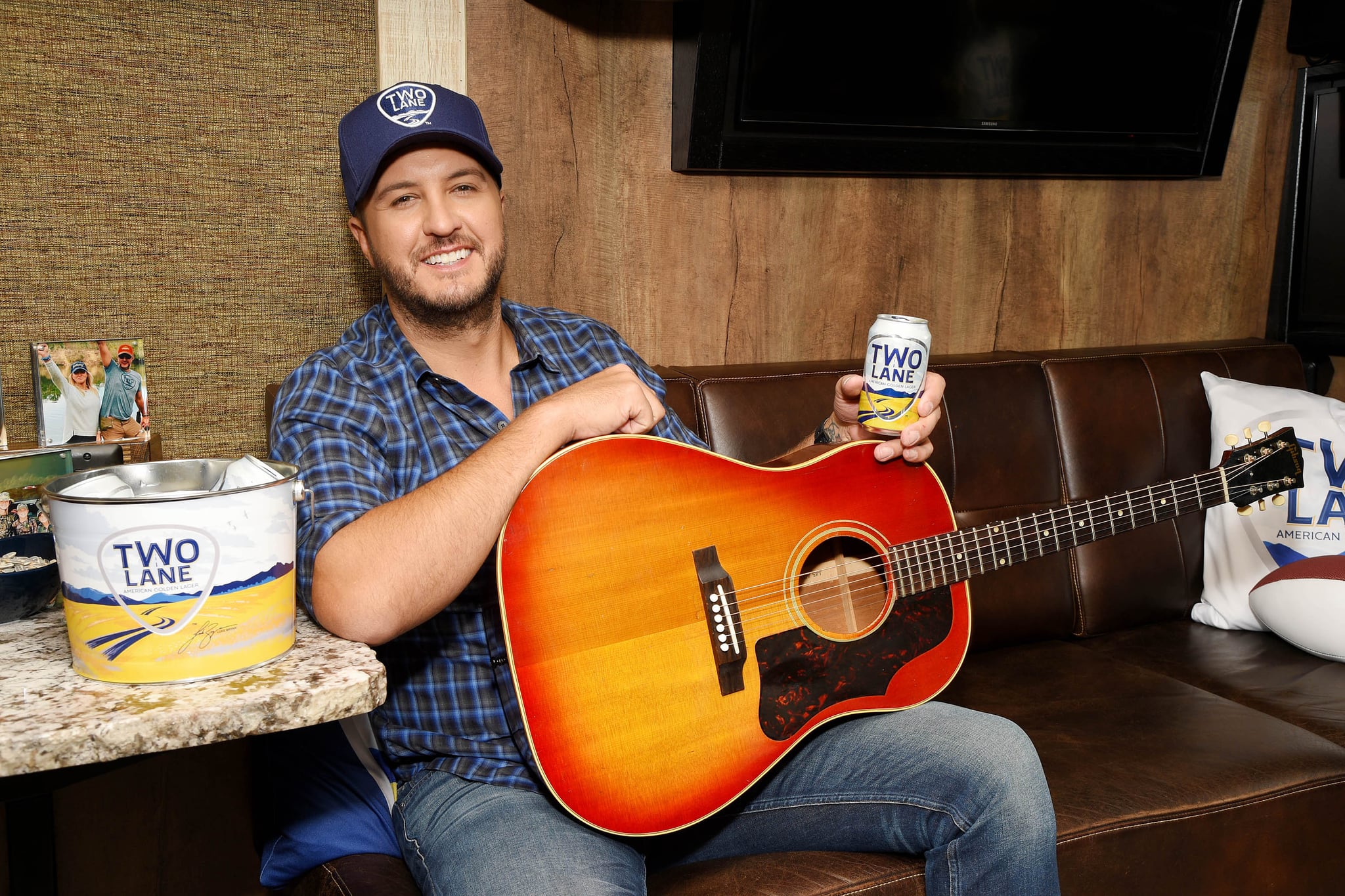 Between being a judge on American Idol, preparing for his Proud to Be Right Here Tour, and launching his new beer, Two Lane American Golden Lager with Constellation Brands, Luke Bryan is no stranger to being on the road. Unfortunately, that means he's sometimes absent from those special everyday moments with his family.

"The toughest part is being away from your kids and your wife, and missing out on stuff and missing a basketball game or baseball game," Luke told POPSUGAR during an interview to celebrate the new Two Lane beer. "My wife will take a lot of videos of their basketball games and message 'em to me, so I get to see them make some shots. It's still not the same as being there, but my boys are also understanding."

In the Summer, when Luke often goes on tour, he tries to bring his wife, Caroline Boyer, and sons, Thomas "Bo" and Tatum "Tate," out on the bus with him a lot, noting it's like a big, fun camping trip. And you better believe his boys know where to find the food backstage!

"When I have my kids on the road, when I have my family out with me, it really feels like home and makes my life pretty special," Luke said. However, when they can't be with him, he's checking in with his boys via FaceTime to make sure they're playing outside and limiting their screen time.

With Bo being 11 years old and Tate being 9 years old, having a famous, busy dad is the only life they've ever known. Luke said he communicates with them when he'll be away and which weekends he'll be home. "They get that Dad's busy, but there's hopefully a lot of positives from old Dad being out here working a lot," he said.

So what would the "Knockin' Boots" singer say to other fathers who are working toward finding that balance between their career and spending time with family? For one: no parent is perfect.

"You're never gonna bat a thousand. You're not always going to knock it out of the park. Cut yourself some slack," Luke said. "I think the important thing is being able to say you're sorry and trying to take fatherhood and learn from it each and every day and hopefully apply it well."