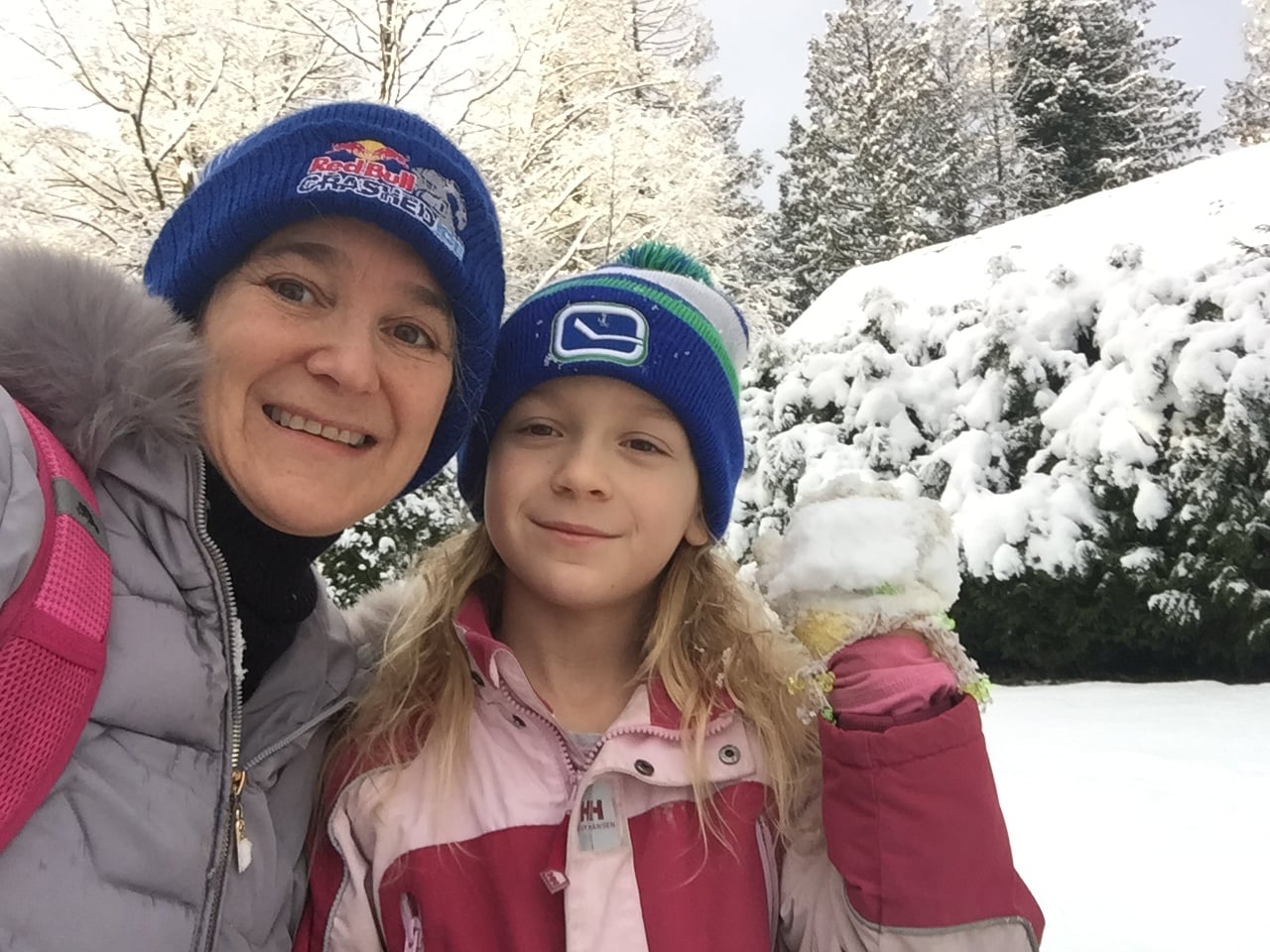 Anne Bruinn, a mom of two from Vancouver, Canada, has always considered flexibility to be one of her greatest assets when it comes to parenting her two children. So when her 3-year-old son, Ryder, began to asks for pigtails and dresses, she rolled with the punches. Now that Ryder is 9, Anne is sharing what her experience has been like raising a daughter who's transgender.

"At first, I thought 'it's just a phase' because that's what people kept saying," Anne told POPSUGAR. "You hear that a lot from people. Kids go through phases, sure. There's the toddler rant phase and the teenage phase, but beyond that, there's something deeper. When Ryder wanted to wear dresses and ponytails to preschool, I let her because it made her happy. I told her people might think it strange, but that she was going to be their teacher and show them it's OK for people to wear what they want and be happy."

Related:
These Parents Had a Gender Reveal For Their Transgender Daughter, and the Photos Are Stunning

Anne has been steadfast in her commitment to supporting her daughter, but she admits she worried incessantly about how others would treat Ryder at first.

"In the early years I was scared, worried, and anxious. But you can't show that or else your kids catch on and then they are worried," Anne shared. "So I slapped on a smile and learned how to shrug [things off]. If people rejected my child, I used to be offended. Now I just feel sorry for them because they will never know the joy of Ryder. It must be so lonely living in a stifling box like that. Negativity has never been my go-to, so it's easy to keep at bay. If I don't live in the light and ooze positivity, how can my children learn to be positive?"

"If I don't live in the light and ooze positivity, how can my children learn to be positive?"

Although Anne is incredibly forthcoming about what it's like to raise a daughter who's transgender, she doesn't take kindly to unsolicited advice, especially when others tell her that Ryder should see a psychiatrist. "People are who they are and there's no need for a psychiatrist to read into anything," Anne explained matter-of-factly. "People are different and what's normal for some isn't normal for others. Ryder is a normal, happy child. If she had a broken leg, I'd take her to a doctor. For cavities, I take her to a dentist. For education, she goes to school."

Of course, Anne will eventually look into the next steps to help Ryder physically transition, but for now, she just wants her 9-year-old to enjoy being a kid. "In the next few years we will have to decide if we are going to put her on hormone blockers so at that point we will need a psych assessment just to get her into the gender clinic," she said. "But that's neither here nor there at this point. She is who she is and no assessment is going to reveal anything outlandish." 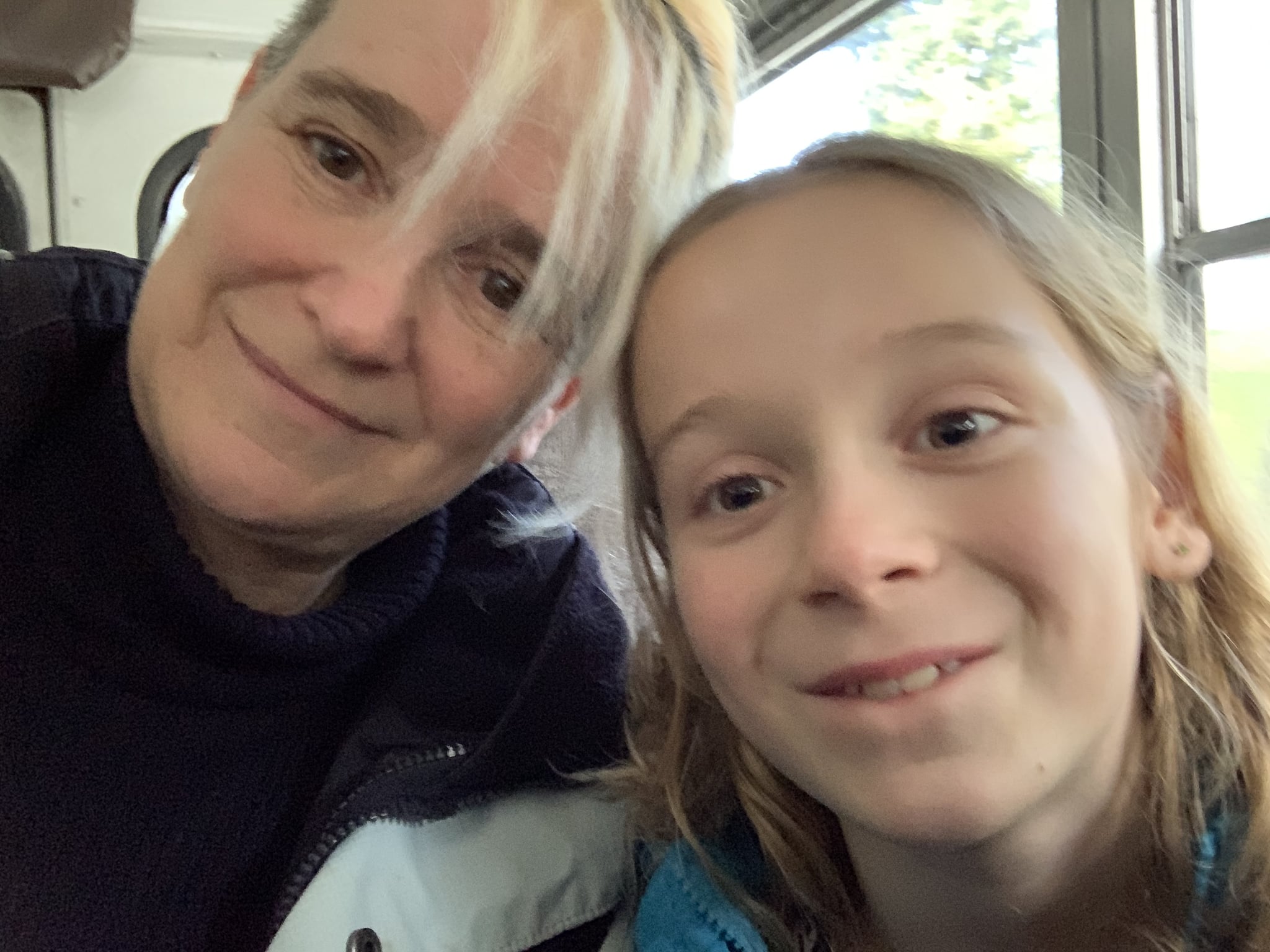 Admittedly, being unapologetically open with Ryder is an important element of Anne's parenting handbook. To normalize Ryder's experience, Anne has refrained from having a "formal" conversation with her daughter. Rather, Anne weaves discussions into their everyday activities, like walking to school.

"I told her early on she can wear whatever she wants, as long as she's comfortable and can handle whatever backlash comes her way," Anne explained. "It's important to normalize every experience for kids. If she was missing a limb, that would be our normal. If she had allergies, that would be our normal. There are all different kinds of people and children in the world, and somewhere there is someone else who is 'normal' just like you."

Still, there were some important points Anne knew she needed to touch on with Ryder to ensure her comfort. Namely, she needed to confirm her pronoun preference.

"There are all different kinds of people and children in the world, and somewhere there is someone else who is 'normal' just like you."

"I casually asked Ryder a few years ago if she wanted to change pronouns," Anne explained. "She said yes, so since then I have tried to stick to that. I ask her every six months or so, just to see if she's changed her mind. At some point, she may just want to be a boy and then we'll switch pronouns again. We are all learning as we go and rolling with the tides."

So far, Ryder's classmates and teachers have been extremely supportive of her decision to transition. Regardless, Anne just wants her daughter to be as confident as possible. "She doesn't need to worry about other peoples' expectations because it only matters how she feels inside," Anne explained. "Of course, I was worried for her [at school], as any parent would be. But with our support, I knew she could grow up safely and happily, be it in whatever form."

Related:
Hilary Duff’s Reaction to Her Son Texting Her For $4 Is Every Parent of a Roblox-Obsessed Kid

For Anne, the most positive role parents can play in their kids' lives is being their advocates. And although having a transgender child may require additional conversations with friends and family members, she implores parents to support their kids at any cost.

"Every parenting experience is different because all parents are different. We have different values, different ideals, different expectations of our kids," she explained. While Anne notes she can't give others specific advice other than putting their kids first, she encourages them to stand up for their children when necessary. "If anyone — even a relative or the other parent — endangers your child's feelings of self-worth, then it's up to you to shield them," she said. "I would never allow my child to be around people who didn't accept her for who she is, and that includes family members who scoffed when she wore a dress. My kids come first. Always and forever."