I don't do scary movies... I watched Paranormal Activity about 5 years ago and still have demon-related PTSD. In the...

Angela Kelsay of Midwest Mama: Basketball, Bows, and Boogers doesn't do scary movies. Nor has she stayed in much touch with the "big guy in the sky" lately. However, five years after Paranormal Activity scarred her for life, this mom found herself scream-praying to Jesus to send her help when she thought a "demon" was approaching her bedside in the middle of the night.

"In the middle of the night I heard our bedroom door creak open," she wrote on Facebook. "I figured it was Lennox but it was pitch-black so I couldn't tell. I blinked away the sleep so I could help him up into our bed. Instead, in the doorway was a set of terrifying glowing eyes and mouth. It wasn't a random light and it was hovering only a foot or so above the ground. I froze trying to figure out what the hell I was looking at. Then silently it drifted a few feet closer. Our house is 120 years old. If you LOOK at the floors the wrong way they creak. But this thing didn't make a sound. That's when I called upon the Lord."

Related:
This Mom's Sticker Hack to Get Her Kids to Eat Vegetables Is Actually Genius

At this point, Angela was fairly certain that this "thing" wasn't her son trying to hop into bed with her, so her prayers became more frantic with each passing second. "I thought 'Lord, it's Angela. If you've got any of that white light laying around would you mind sprinkling some around my bed? Leftovers can be sent my kid's rooms but the white light priority is right here.' The thought no sooner left my head and the demon moved closer. By now I'm completely frozen, completely freaking out."

She attempted to pray harder, asking to be sent help from "the Archangel Michael himself," but to no avail. As the glowing eyes got closer, she knew no prayer was going to save her from whatever the hell was coming closer.

Related:
Mom Shares Hilarious Video After Realizing She Drove to School Without Her Kids

"I was weighing out if throat chops work on demons when suddenly it whispered... 'Mommy?' Oh. Sweet Baby Jesus in a manger."

"I was weighing out if throat chops work on demons when suddenly it whispered... 'Mommy?' Oh. Sweet Baby Jesus in a manger. Oh, it was just my Lennox, thank you Lord. But wait... why the heck was he glowing??? I flipped on the bedside light to reveal a (apparently glow in dark!) Ninja Turtle shirt," she said, adding, "I nearly throat chopped my two-year-old."

LOL. We're glad Angela's 120-year-old house isn't full of demons, but we are taking her story to heart and have decided that maybe glow-in-the-dark PJs aren't the best idea for little kids who tend to wander into your room most nights. See Angela's hilarious full post above, and scroll through her positively terrifying photos of Lennox's "demon" shirt. 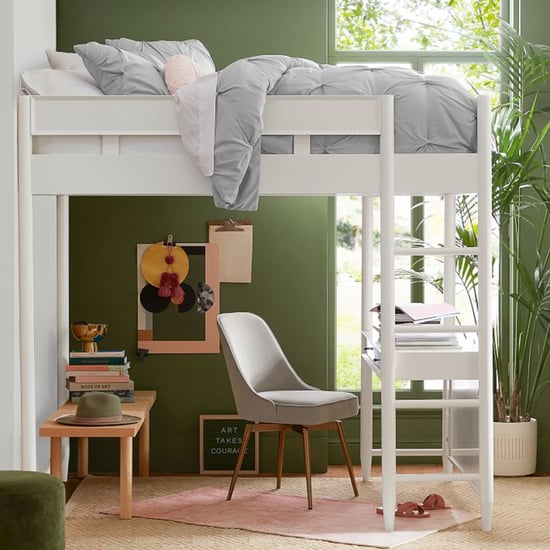 by Jenny Sugar 33 minutes ago