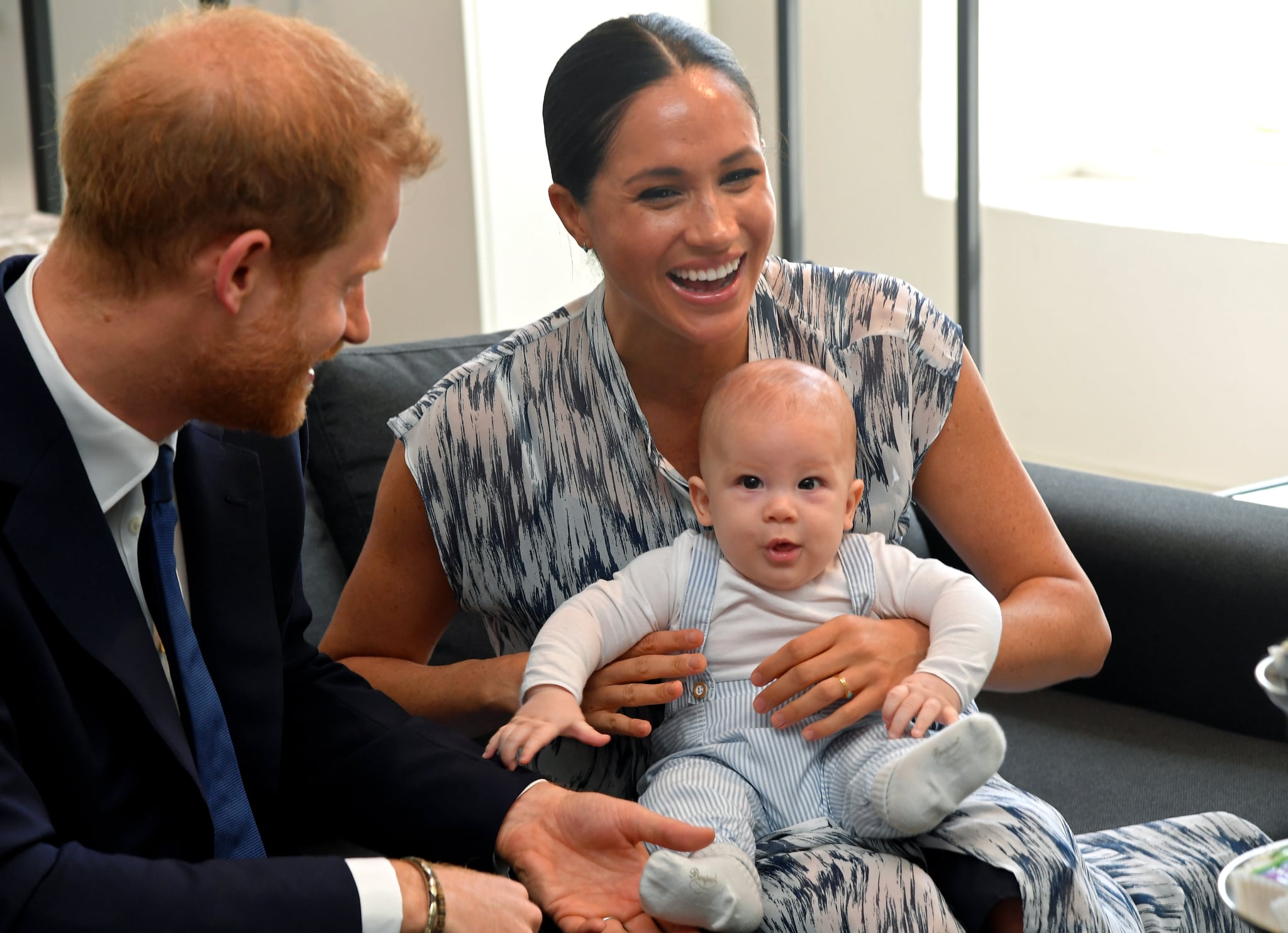 Most babies utter "mama" or "dada" as their first word, but Archie Mountbatten-Windsor had another rather surprising term hidden up his sleeve. During a surprise appearance on The Late Late Show this week, Prince Harry embarked on a tour of Los Angeles led by host James Corden, and he couldn't help but gush over his smart son, who will turn 2 years old this May.

"My son is now just over a year and a half. He is hysterical. He's got the most amazing personality," Harry said while riding atop a double-decker bus. "He's already putting three, four words together; he's already singing songs." When James asked what his first word was, Harry proudly replied, "Crocodile . . . three syllables." Perhaps he, Archie, and Meghan Markle have been watching reruns of The Crocodile Hunter at home? Or maybe Archie reads a lot of books featuring crocodiles before bedtime? Either way, there's no denying he's on the path to being one smart cookie, just like his parents.

Watch Harry's entire interview with James below, and fast-forward to the 8:50 mark to watch him beam with pride over his son's impressive budding vocabulary.