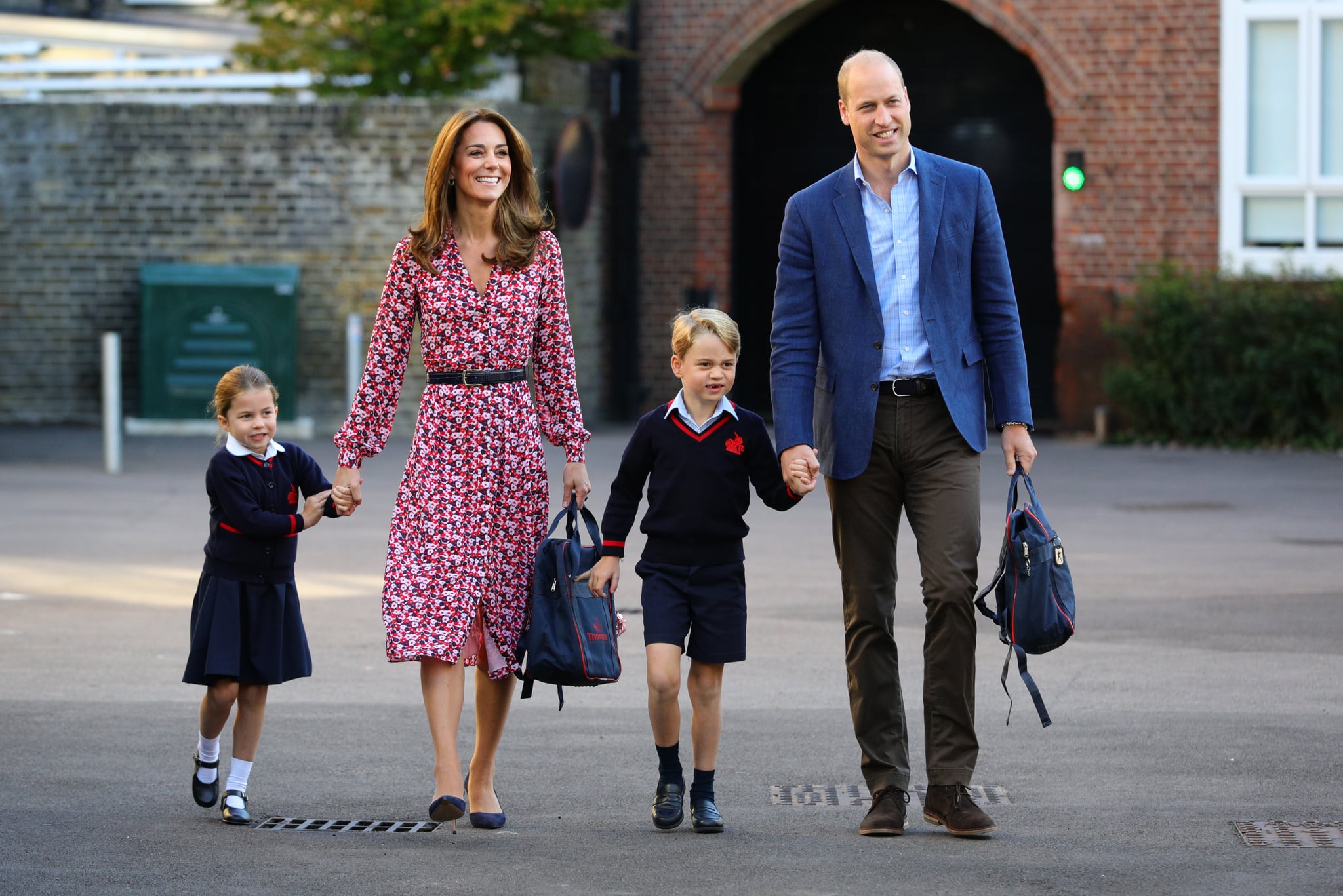 Prince William and Kate Middleton may continue homeschooling for a little while longer. Though primary schools in the United Kingdom are slated to reopen on June 1, The Sunday Times reported that Princess Charlotte and Prince George might not be returning immediately in an effort to exercise caution and keep both children at home together, as their school will be staggering the return of students by grade.

Here's the deal: Thomas's Battersea, which both young royals attend, has discussed plans to initially phase in students in kindergarten, first, and sixth grade. Since 5-year-old Charlotte is in kindergarten, she would be able to return to the classroom, but 6-year-old George, who's in second grade, would not. As a result, both children may continue to stay home and learn remotely from their country home, Anmer Hall.

Kate recently opened up about what it's been like to homeschool George and Charlotte in a sweet virtual appearance on ITV's This Morning. "George gets very upset because he just wants to do all of Charlotte's projects . . . Making spider sandwiches is far cooler than doing literacy work," she said. Kate added, "It's hard to explain to a 5- and a 6-, nearly 7-year-old, what's going on, but the school's been great in supporting them as well."