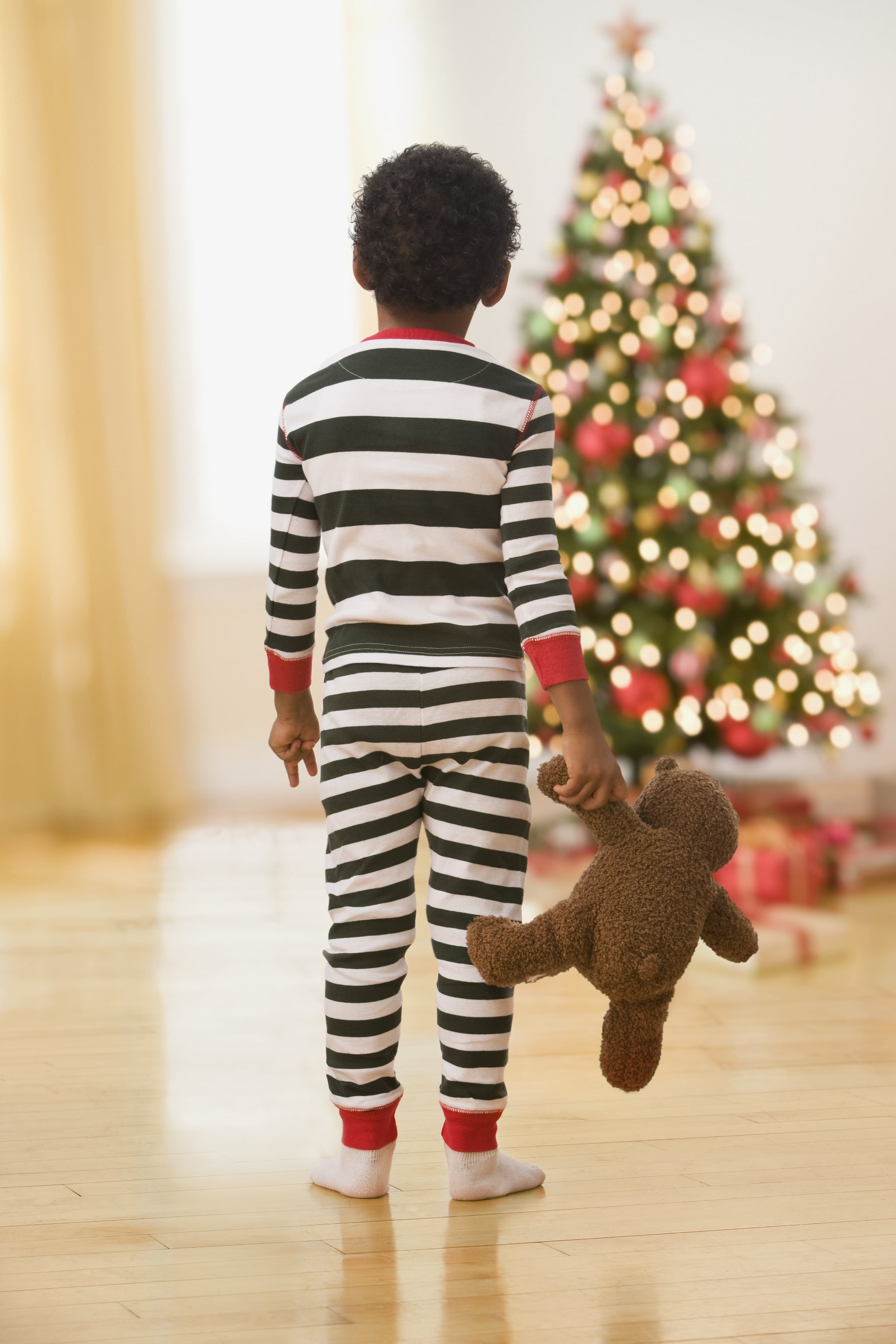 For the past five Christmases, I've felt like a mighty clever elf. To add to the magic of Christmas morning for my two kids, I'd spend the night wrapping gifts strategically — the ones from me and their dad would be covered in typical, store-bought paper, but the ones from Santa? I'd grab some well-hidden butcher-block paper to wrap those. Some simple red twine or sparkly red ribbon would finish the job. I'd grab a black permanent marker and forge Santa's signature, often using my left hand to ensure it would look nothing like Mommy's handwriting.

But the other day, I came across a social media post from a fellow mom with what I thought was a rather unpopular opinion — that Santa does not wrap presents.

Come again? I polled a few friends. Most were in my camp, but one emphatically agreed that gifts from Santa always, always were unwrapped . . . and fully assembled.

"Santa doesn't wrap gifts! Don't you think he's done enough?" she told me cheekily. When I asked her if this was just a way to shirk one of many parent-intensive tasks, she said it was more special this way. It actually felt more authentic to her. When she was little, she recalled running down the stairs and being able to instantly see her beloved gift, the one she'd asked Santa for when they visited him at the department store. Sure, she still had plenty of gifts to unwrap from her parents and other family members, but the Santa gifts felt altogether different because they were on display.

Related:
These 5 Words Changed the Way My Kids Receive Gifts

Intrigued, I looked into this lesser-known tradition. Turns out, there's no shortage of families who get unwrapped presents from Santa. And most of them stress the importance of a few key factors. Gifts from Santa must be devoid of packaging, and they need to be fully assembled. If it comes from Santa's workshop, the batteries are already installed. Toys like train sets should be up and running, and high-impact gifts, like a new bicycle, may get a big bow on top for added effect, but that's the most adornment they need.

Up until now, I'd already been following most of those rules — like tossing the cardboard box for added authenticity — and, unfortunately, they've made the wrapping experience much more frustrating. I'm bad enough at wrapping wrinkle-free boxes, so to properly wrap a tricycle or a stuffed hippopotamus or a set of six oddly shaped stepping stones in a way that looks North Pole-approved feels daunting. 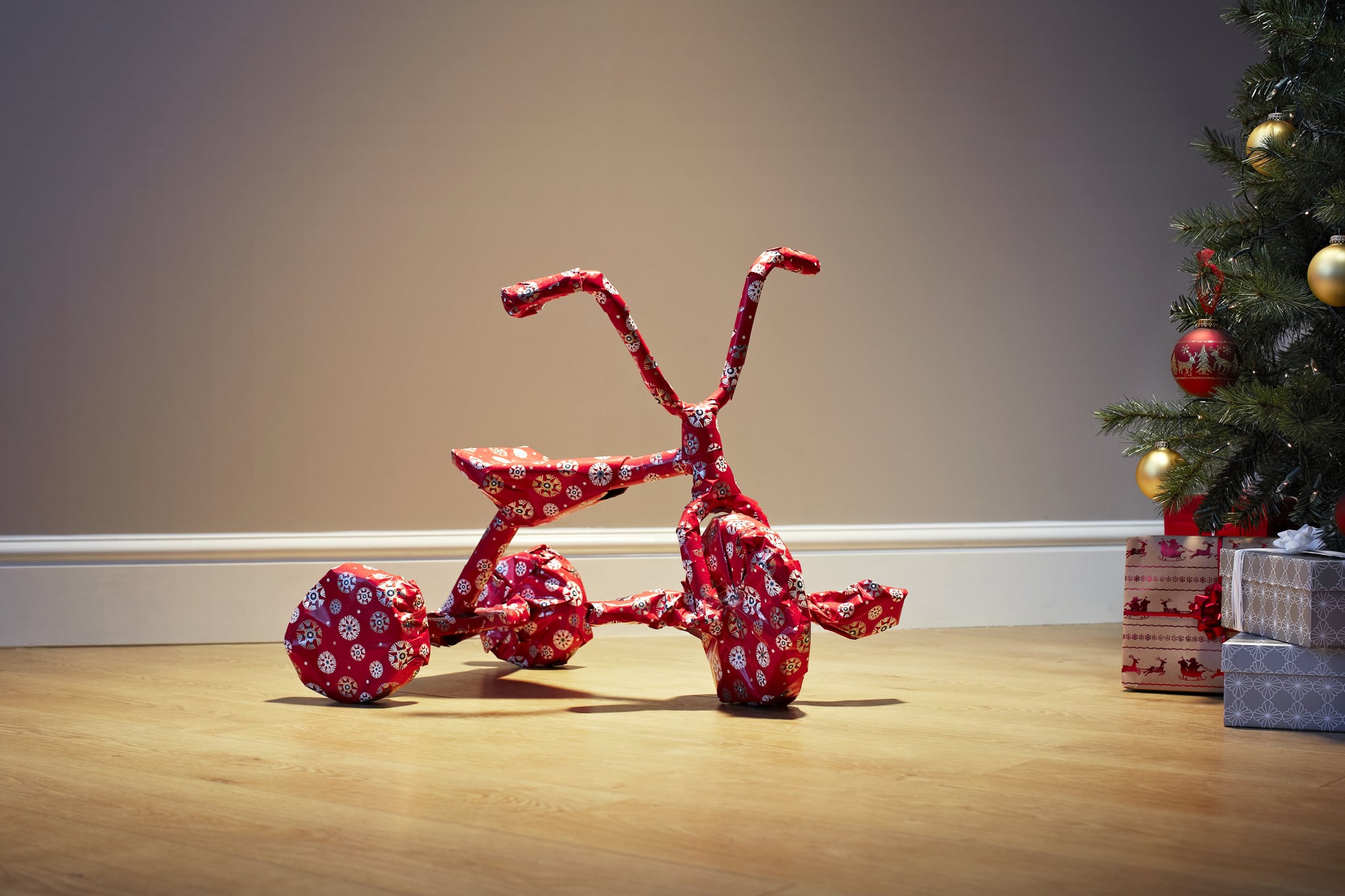 I'm still not sure if I'm ready to part with our little tradition of wrapped Santa gifts, one that my husband and I both grew up with as well. Plus, will my 6-year-old wonder why Santa switched things up all of a sudden? But I have a feeling that when my kids go to bed on Dec. 24, I'll be opting for this simpler approach.

Detractors of unwrapped Santa gifts claim it's just "lazy parenting," but even though it might not be for everyone, it's certainly not something parents do because it's an easy out. No one who has stared blankly at instructions for a ride-along fire truck or assembled a 3,587-piece Barbie Dream House until 4 a.m. is phoning it in. And honestly, what's so bad about it? You save paper and a couple of hours after a solid month of trying to give your kids a holiday season they'll cherish, especially after the year we've all had?

I say it's a tradition worth considering.