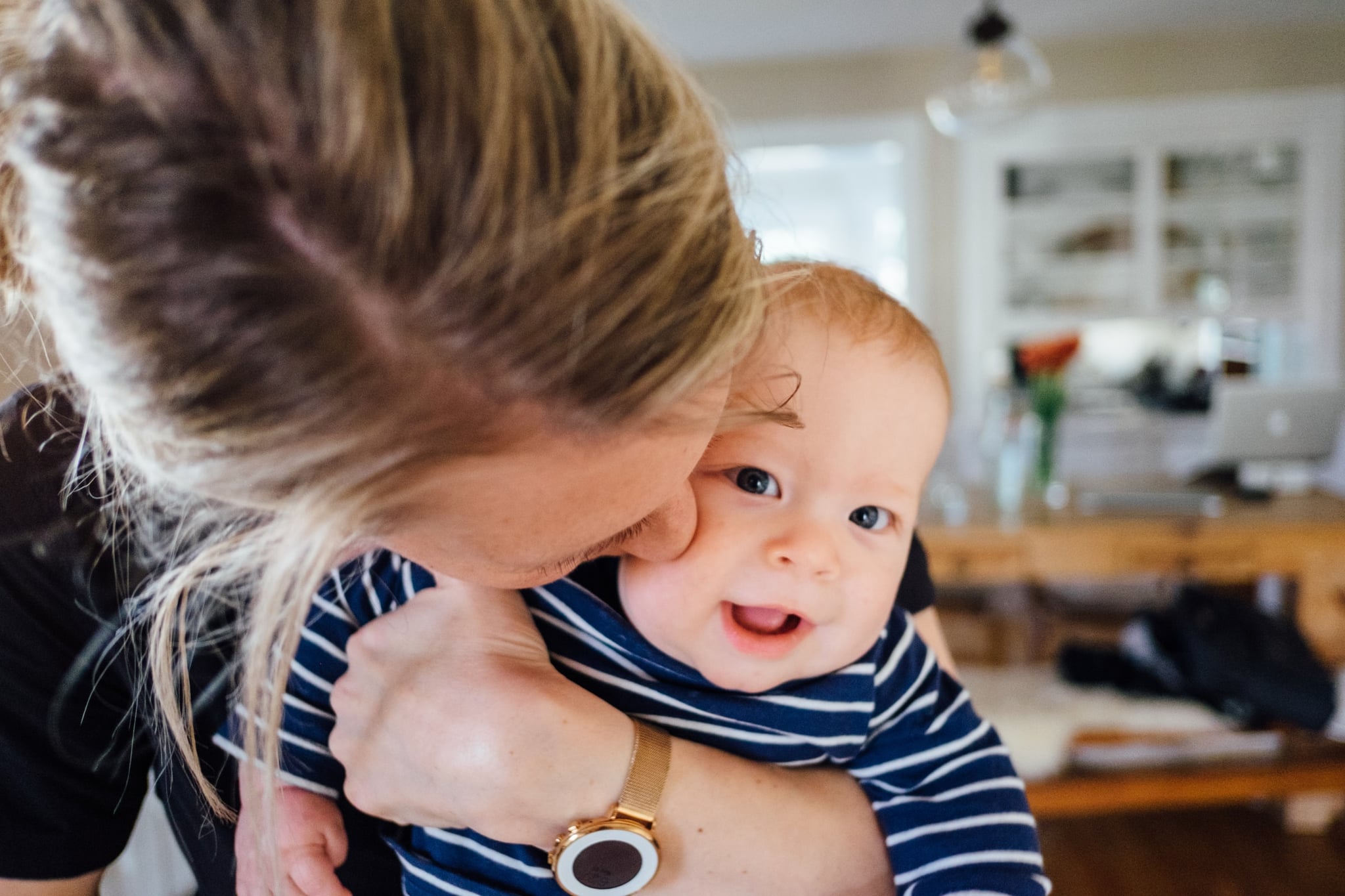 Being a new mom is an exciting time full of adventures of all kinds. (And, yes, sometimes those adventures are of the poop kind.) But what no one tells you about those glorious first six months of motherhood is that it's not all Pinterest nursery projects and Instagram-worthy candid-but-not-really candid shots of you gazing lovingly at your new bundle of joy.

And there are honestly plenty of things I wish someone had told me about those first few months. Would it have more properly prepared me for the adventure of a lifetime? Probably not. But I can't help but wonder if I was left out of the lurch with some key aspects of what life would be like as a new mom.

Your Baby Shower Does Not Fully Prepare You For This

What's that? You registered for the convertible car seat and the stroller you can use for years to come? Oh, and you totally planned for months of diapers, so your baby shower guests could come to the party with their arms full? That's all well and good in theory, but chances are, you won't get every single thing you need for those crucial first six months. Even though I put together the swing, bassinet, and crib well in advance of my son's arrival, it wasn't enough.

I needed to go through two different vibrating loungers to find the one that settled him enough to give me a few moments to clean the latest glob of spit-up off my shoulder. I was also introduced to the beauty of swaddle blankets after my baby shower where no one had thought to tell (read: warn) me about needing several. And why did no one tell me to register for diapers in more sizes than just newborn and size one? My kid grew like a weed in those first six months.

Mom Guilt Comes in All Forms

During the end of your pregnancy, there are certain things you might look forward to. In my case, it was being able to do anything without waddling or gaining sympathetic smiles from strangers. By the time my son was a couple of months old, however, I was also looking forward to getting out of the house for the evening with my husband.

Why did no one tell me how gut-wrenching it would be to leave my baby for the first evening? I felt guilty for leaving him for a few hours and continued to feel guilty for not turning around and going back home right away. Another time, I felt guilty for not feeling what I deemed was guilty enough when I left my son in the care of his grandparents. It was an emotional mess all around.

When I was pregnant, I heard plenty of judgments in the form of "advice" from those around me who had had kids years before and also from those who had no experience with babies at all. Like how I was supposedly depriving my baby of proper nutrition by opting for formula before he was born. Or, how I should try to stay home with him for longer than I had planned to as a working mom.

But after I had my son, the unsolicited advice didn't end. If someone had warned me about it, I probably could have avoided lots of gritted teeth and secret eye-rolls when it came to my mother-in-law. As much as she might have meant well with her comments about the way she did things 30 years ago, someone — anyone — could have warned me that I would have a lifetime of this "advice" to look forward to.

There Is More To Choosing Diapers Than Finding the Right Size

I know I said I was salty about no one explaining to me the need for multiple sizes of diapers for the first few months of my son's life. But I was also a little put out that no one told me I would have to completely educate myself on the topic itself. So when my son busted through his diapers in the middle of the night, I realized there was such a thing as looking for diapers that offered overnight protection.

And when it was too difficult to tell just how wet his diapers were, I discovered that some diapers have those handy wet indicator strips. Have you ever seen those? Whoever invented and patented that was obviously a parent who was tired of wasting diapers. But, like, where was the memo when I was wasting diapers as my son rolled into that five-month mark?

Your Friendships Will Be Tested

I was the first person in my inner circle of friends to have a baby. As excited as my friends were about my baby being born, their lives didn't stop, and rightfully so. But in those first six months, I had to learn to live with a social life that was a little less social. I also had to learn how to remain close with friends whose lives were still the same despite mine changing so drastically.

Never once did I regret becoming a mom when I did. If I had known how the dynamic in my friendships would shift, I still wouldn't have changed my mind about having a baby. But if someone had explained to me that this was a very real possibility, I might have been able to mentally prepare for it at least.

It's OK To Look Forward to the Future

Kids grow up too fast. It's all over in the blink of an eye. Appreciate the time you have with them now. I've heard all of that. I understand that. But no one explained to me that it would be OK to look forward to the times when my baby would be a little less of an infant and more of a baby I could interact with. When it would be less about sleep training and more about teaching him how to say his first words.

As moms, we are conditioned to appreciate every moment and savor the time we have with our babies. But as a mom, I have learned that it's OK to be excited for all of the fun that is to come. It doesn't mean you appreciate the first few months of your baby's life any less. It just means you can already see how rich your life will be with each milestone.